Close encounter with a bear in Western Tatras in Slovakia 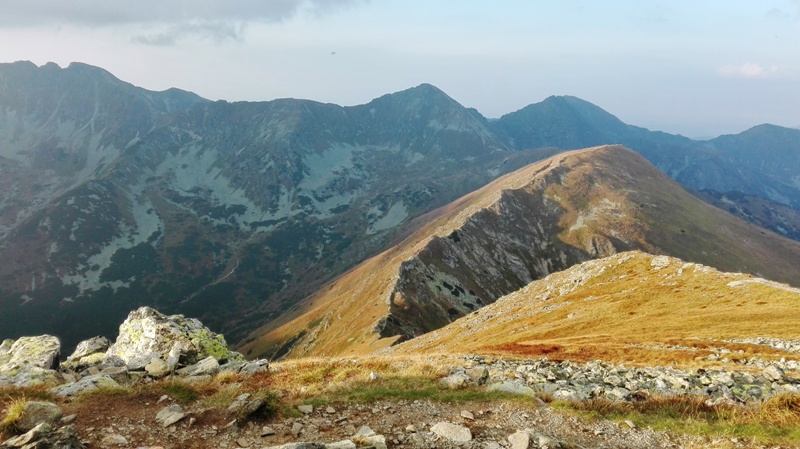 I have seen bear in the mountains 3 times but encounter with a bear I experienced this time was the worst.  Here is my story:

Each mountain range in Slovakia is different, looks different and has different vibes. In my opinion, the Western Tatras are wild. This year I have not visited them yet so I looked forward to hiking there.

We were three friends and our plan was clearly established. On Friday evening, we stay overnight in our tents near the village Žiar at the beginning of hiking trail and the next morning we begin our hike. We wanted to get to the top of Baranec peak which is 2185 meters above sea level and then walk along the ridge to the Žiarske saddle and through the Žiarska valley to get to the mountain cottage where we wanted to spend our second night. 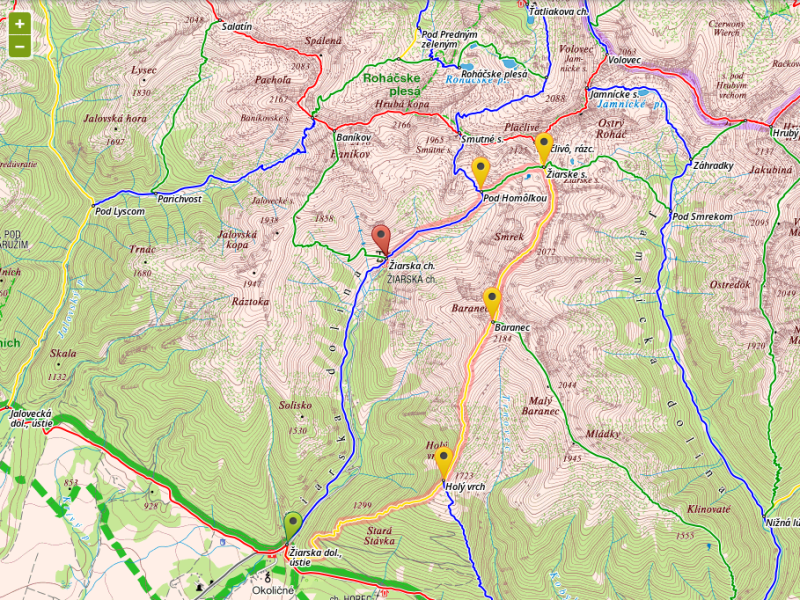 The first problem was that we started quite late, however we had still enough time to get to the cottage before sunset. But one of the friends had a crisis during a day, so he must go slowly and took longer breaks. 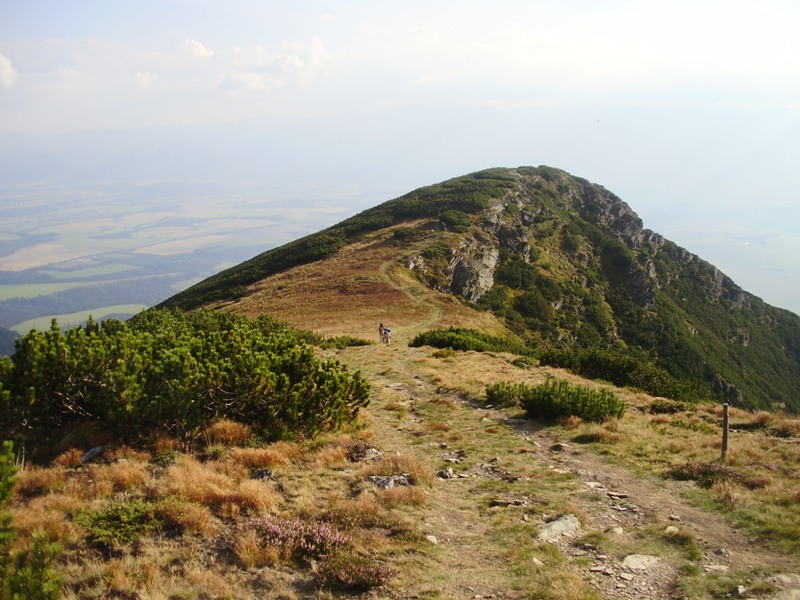 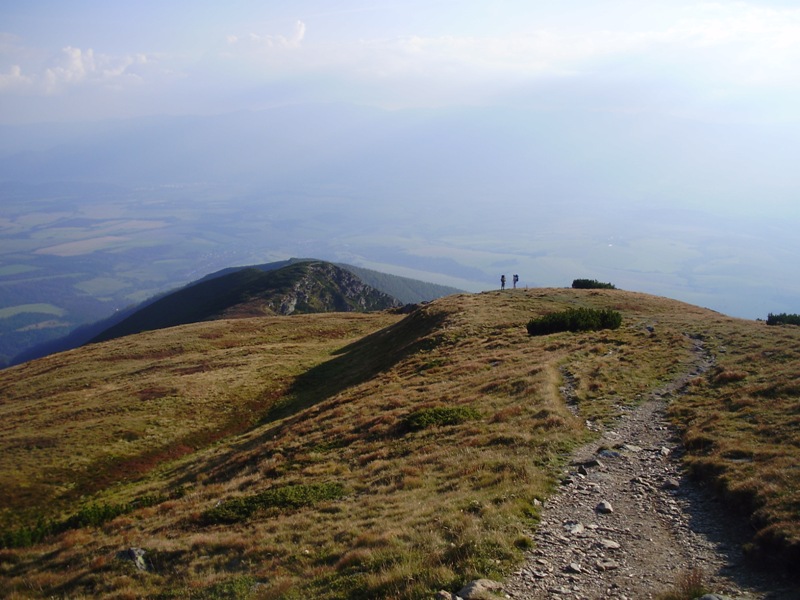 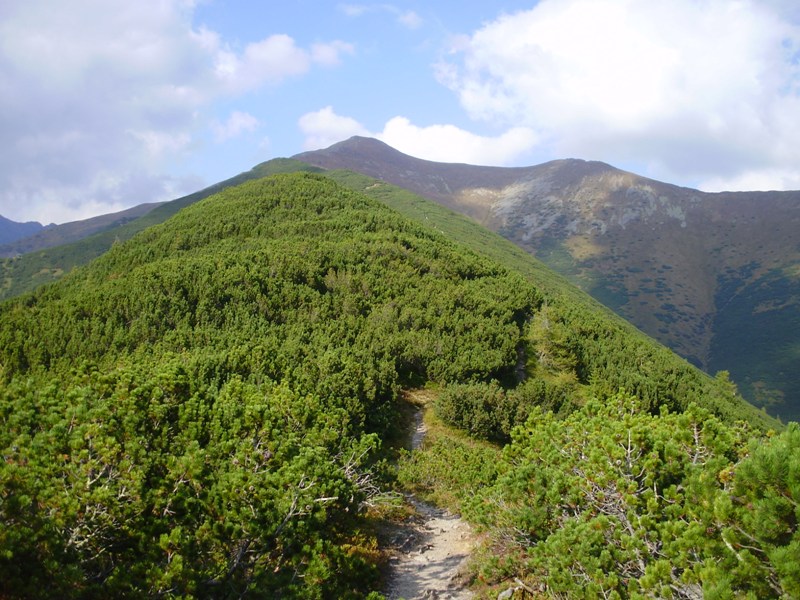 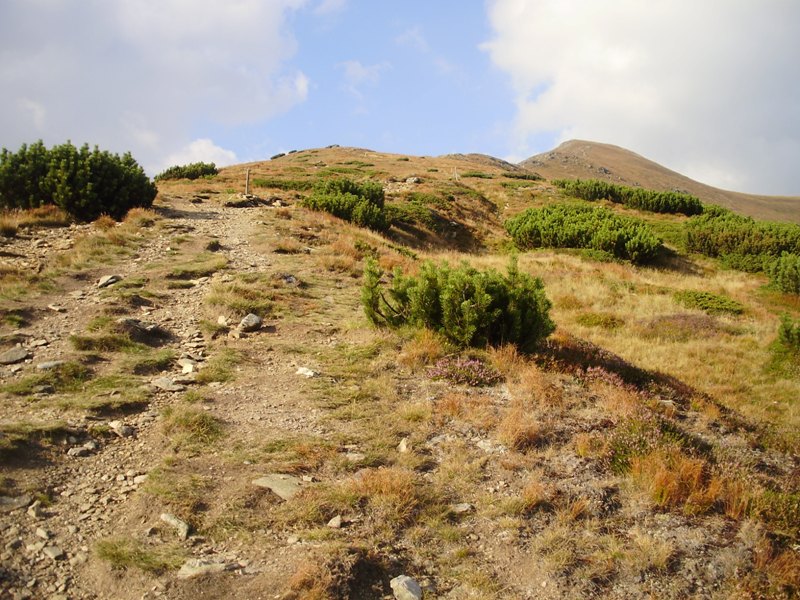 When we finally climbed to the Baranec peak with beautiful view of mountains around we understood that about an hour and a half we will have to walk in the dark, only with our head lamp. 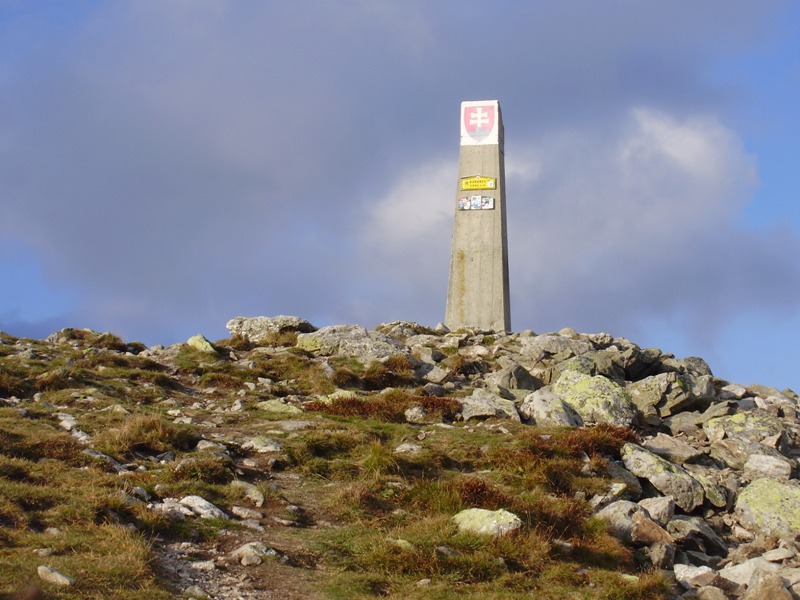 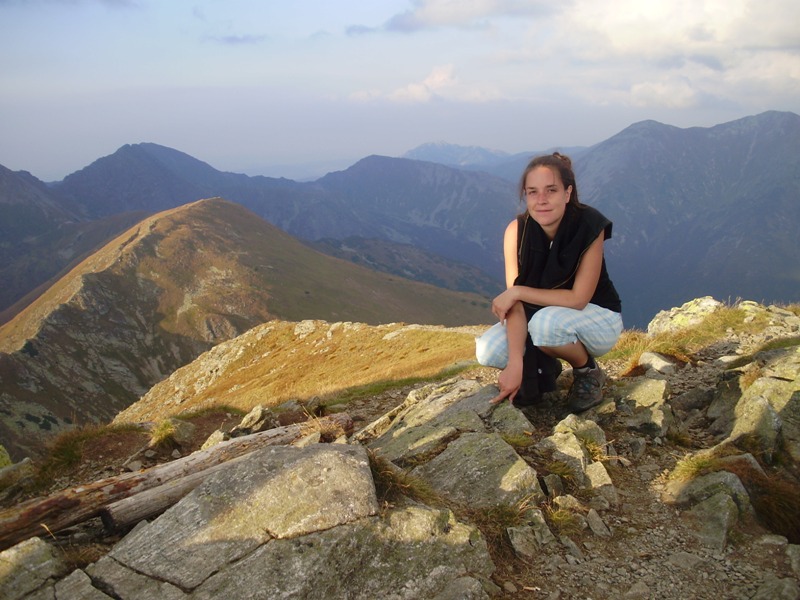 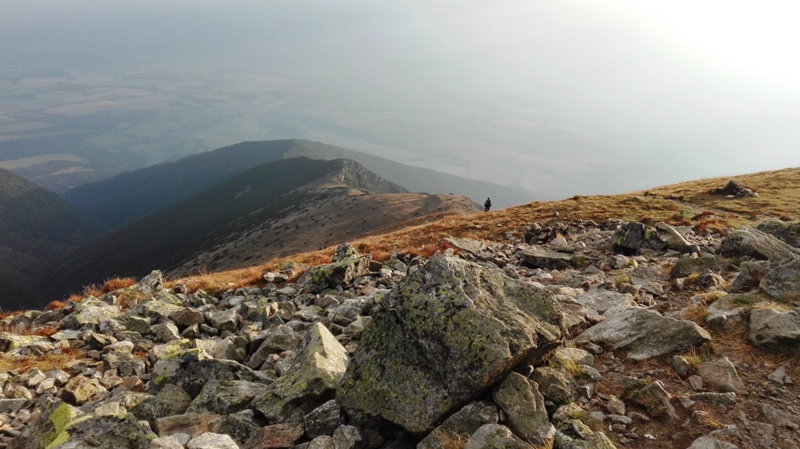 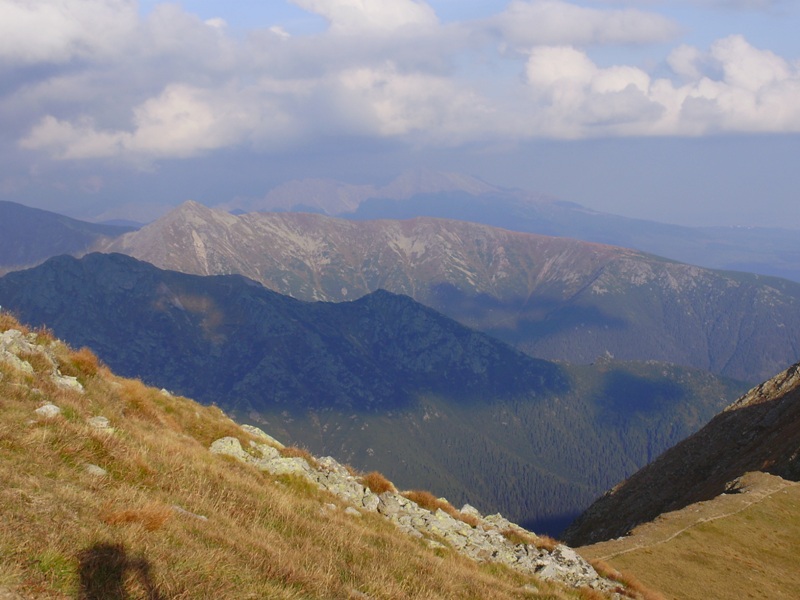 Sunset was beautiful and we enjoyed it. Huge orange sun colored Tatras mountain range in special colors. We were alone on the ridge; there were only herd of cute chamois. Everything was so quiet and strange that I had feeling I am in different planet. 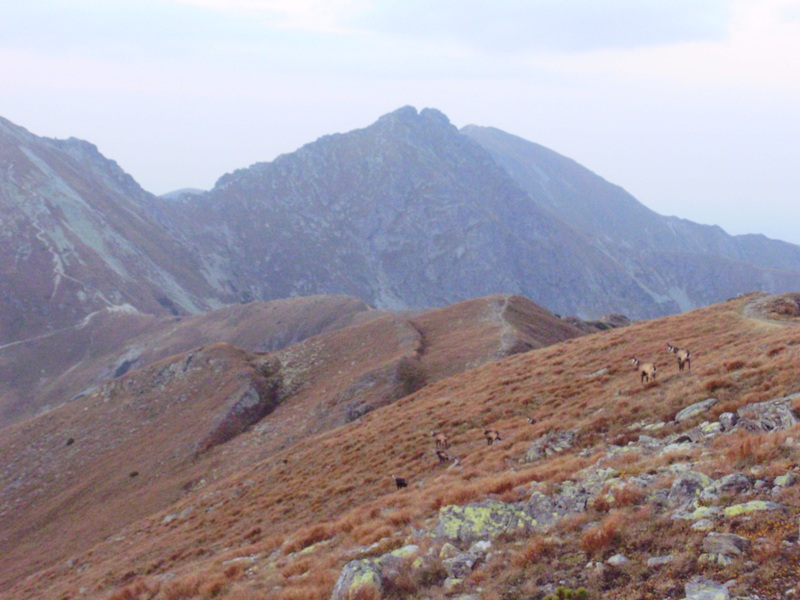 When we got into the saddle, we put our headlamps. We had only 2 pieces. We agreed that a friend who didn’t have one will go between us, I walked in front. And we started our journey in the dark. Fortunately, we walk down on very comfortable path to cottage about one and a half hours. The only problem I was aware from the beginning was that bears in some mountain areas in Slovakia including Western Tatras are overpopulated. Bears are becoming active at sunrise, sunset and at night. This was the time.

The first half of the journey was ok. We took a short break and continued on. The cottage was about 45 minutes away. We were talking all the time to let bears and other animals know we are there. Suddenly, I began to have a strange feeling of presence. I have known that feeling in the mountains for few years. Something is watching us!

Whenever I had this feeling before I used to stop, looked around and waited until the feeling went away. This time I didn’t, because I couldn’t see anything in the distance. I still walked in front and was on high alert.

Suddenly I stopped. It seemed to me that on a narrow path surrounded by mountain pine just ahead of us something moved. But it was only a shadow. Few minutes later we got to the part with lots of bushes around. I warned boys that we had to walk through this area as fast as possible because bears are frequently present in such territories. We got to the path surrounded by mountain pine on the right side again and variety of bushes and stream on the left side.

I was more nervous and the feeling of presence was getting worse. Suddenly I stopped. On the path just ahead of me was something what cast a shadow. Then I noticed it was puddle. My friend wanted to see it, so I turned light from my headlamp there again. When I did it, we panicked. Behind a puddle, maybe 12 meters from us, bear crossed our path and walked towards the stream.

What should we do? We were trapped. We couldn’t walk to the left and right side. On the way to the cottage before us was a bear and behind us were just dark mountains full of more bears. My hands and feet started shaking. The whole situation was like a horror movie: The horror under Baranec peak. I asked my friends to come back a few meters. There was tree. I know that bears can climb trees, but that time it was the only spot where I felt safer.

The boys heard some cracking around the stream. The bear was still there, but we fortunately or unfortunately didn’t see it. We started to argue. Boy without headlamp wanted us to spotlight the place where we saw bear, but we refused. I really didn’t want to see anything. I just heard my inner voice and left things to destiny. I lit one cigarette on the spot near the tree; we drank one sip of homemade brandy for courage and decided to leave the place as quickly as possible.

It was such a stressful moment. That time I was last and I watched only my feet. I didn’t want to see anything in front of me. After about 5 minutes, feeling of presence fortunately disappeared and20 minutes later we got safely to the mountain cottage. Owner of cottage wanted to know all details of our story. He said that bear female, sow, with two cubs were seen near cottage this summer.

We suddenly realized that we were in danger of life. If I didn’t stop at the spot because of the puddle I saw on the path, we would encounter bear exactly in front of us or worse, we would cross path between cub and its sow.

The fact that we saw the bear only about 12 meters far from us made me nauseous, because the most serious cases of human encounter with a bear is in distance less than 20 meters, when human being suddenly enter comfort zone of bear. 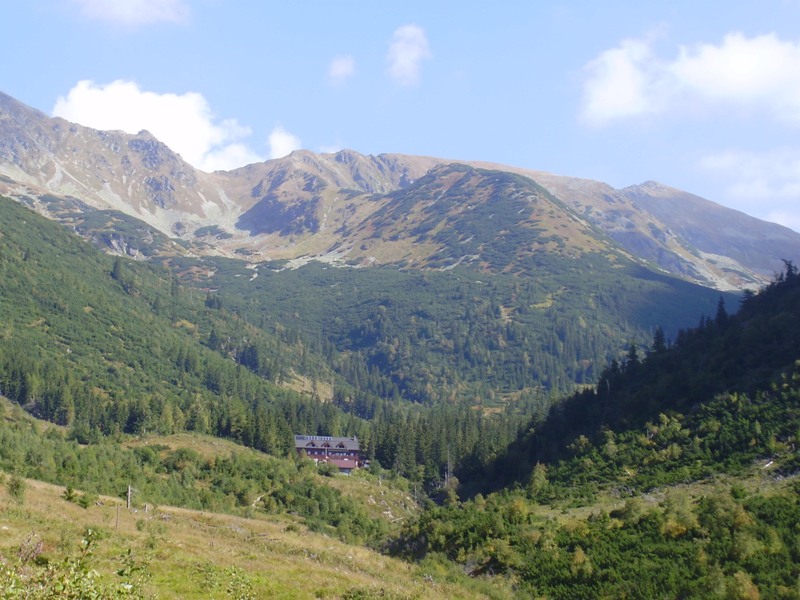 Ziarska cottage the day after