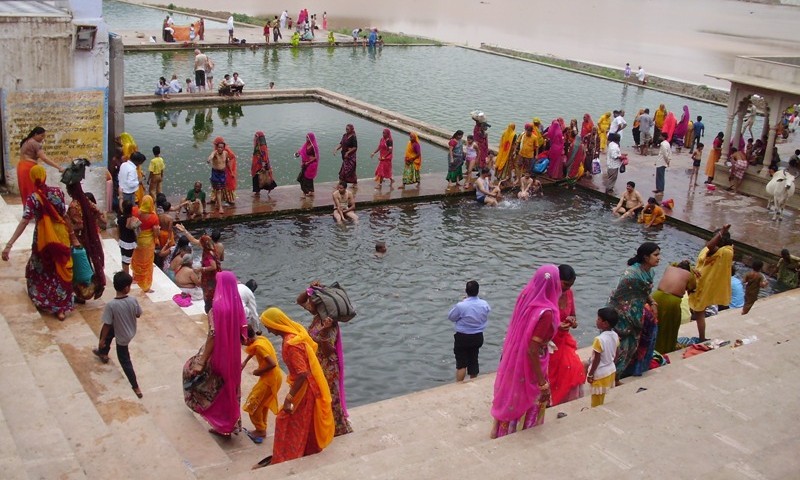 We spent 5 days in the city of Pushkar in Rajastan. I felt very comfortable in this holy city expect situation during one night.  People I met were very positive, nice and friendly. Everyday I used to walk near the lake and watch ordinary life on the ghats. The lake is surrounded by 52 palaces, 400 temples and 52 bathing ‘ghats’, which are a series of steps leading to the lake. 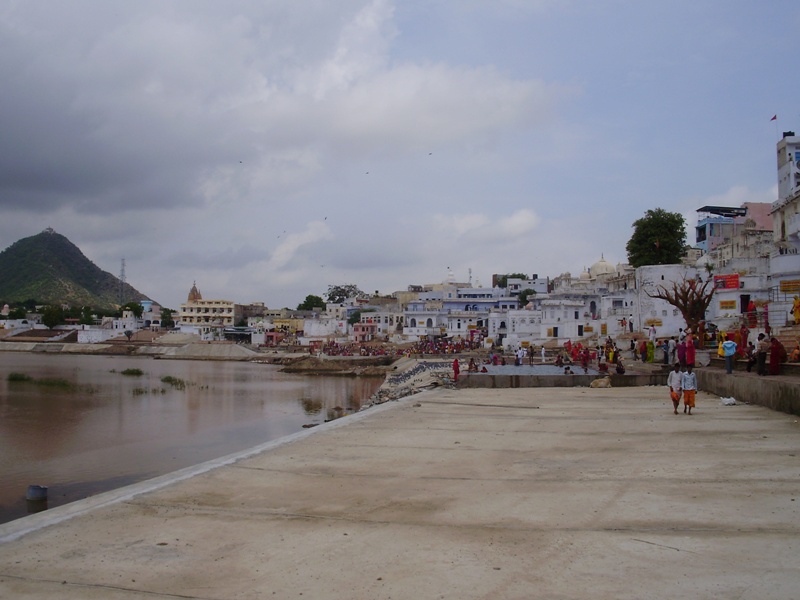 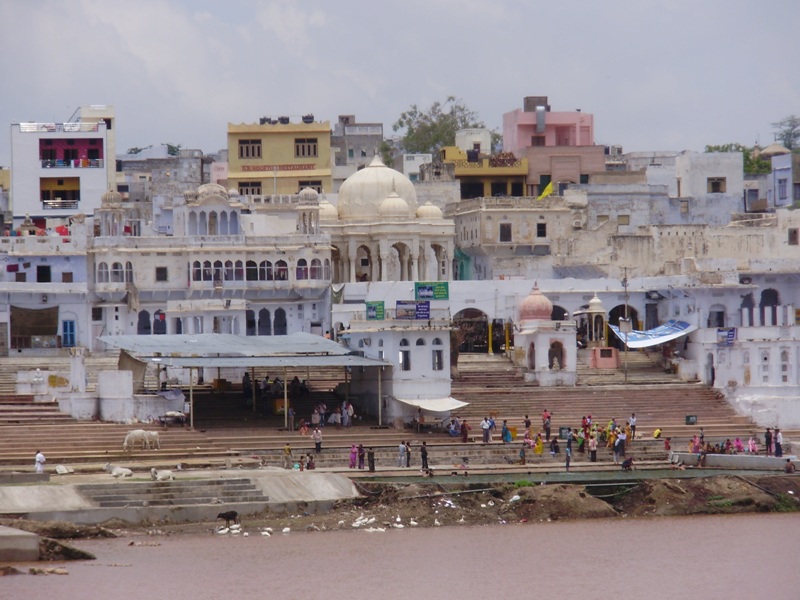 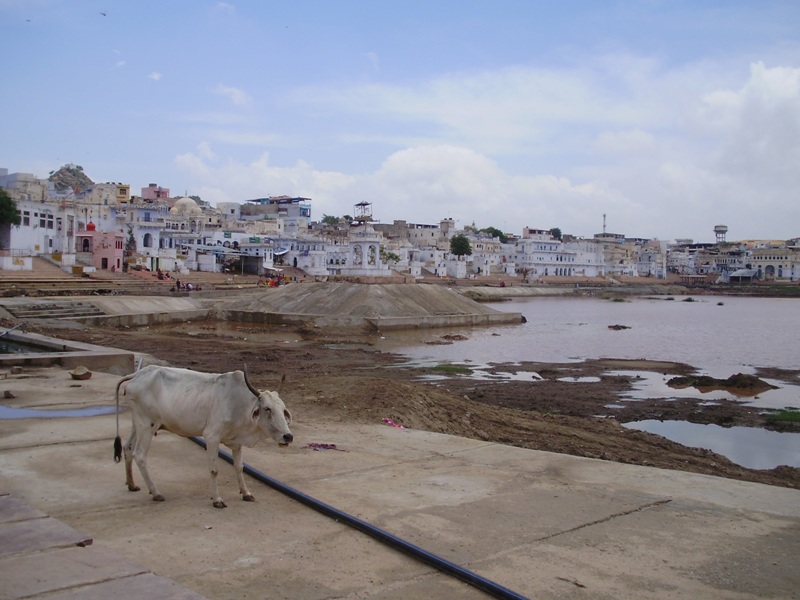 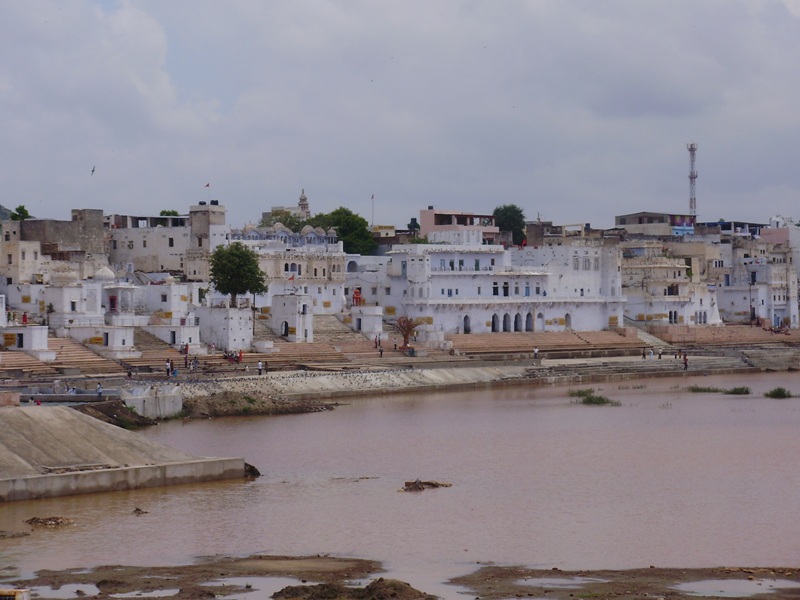 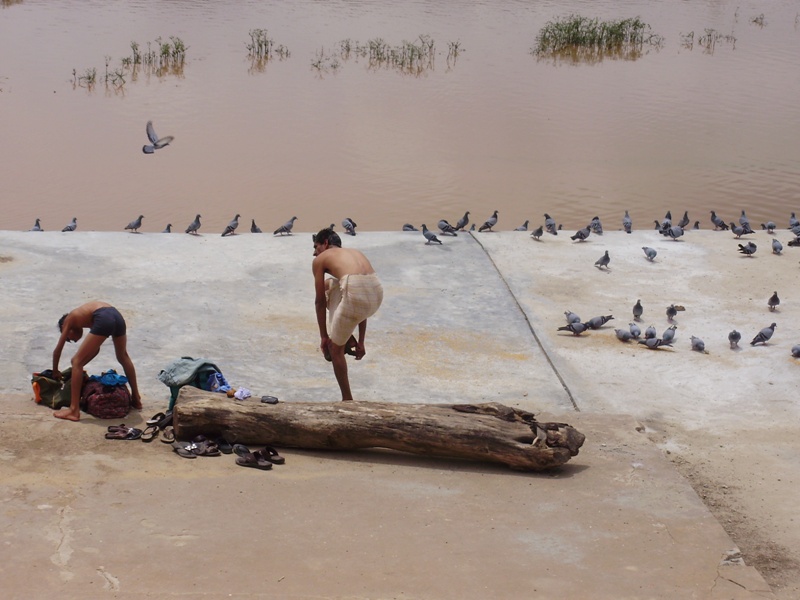 It is believed that the water of the lake is capable of cleansing sins and curing skin diseases. Atmosphere around is very spiritual, everyone can feel that Pushkar is one of the holiest place and Pushkar Lake to be one of the most sacred lakes of India. I sit on the ghats and watch what is happening around me. Everyday during sunset, the sound of the drum beats in the background so atmosphere is even stronger. People take bath in the lake, feed holy monkeys, make puja ceremony, wash clothes, pray or walking around lake. Everything is peaceful and calm. 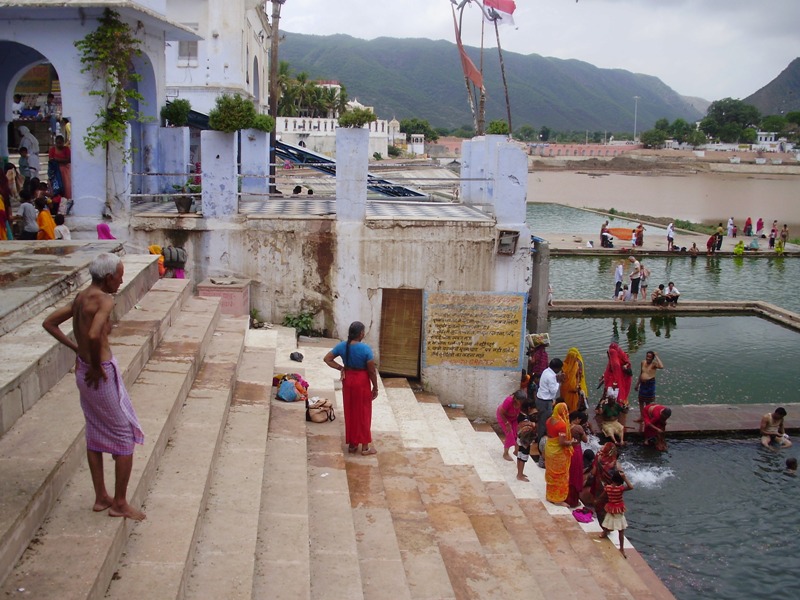 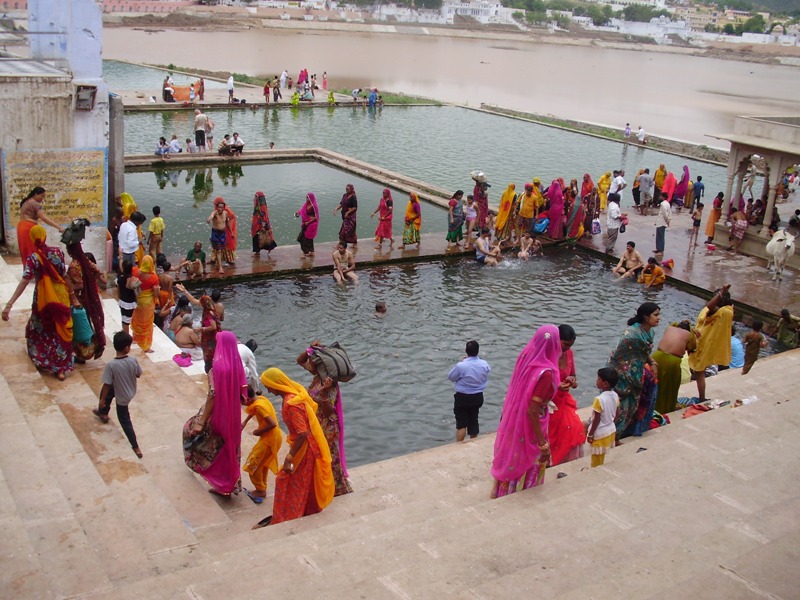 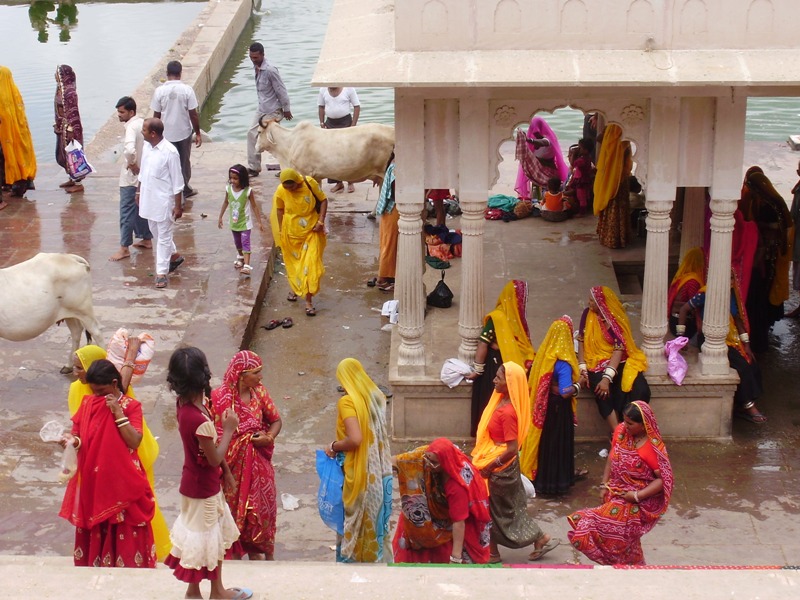 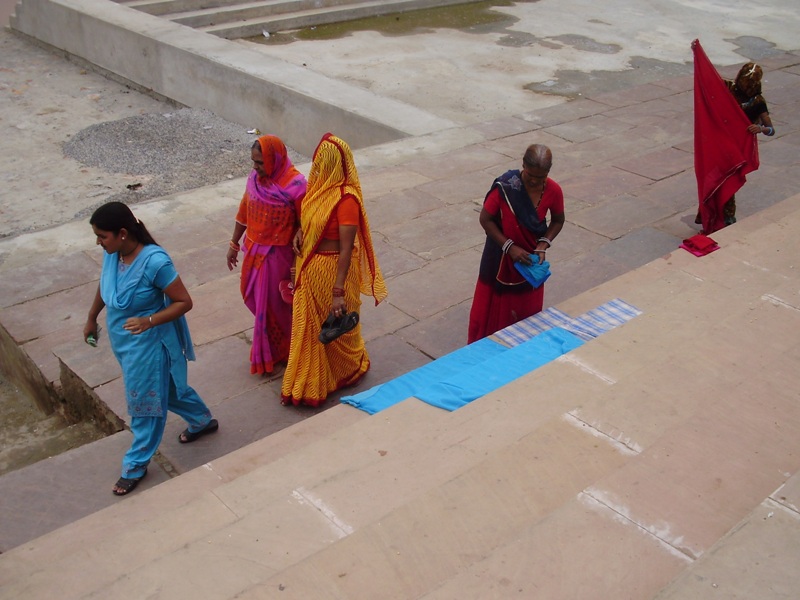 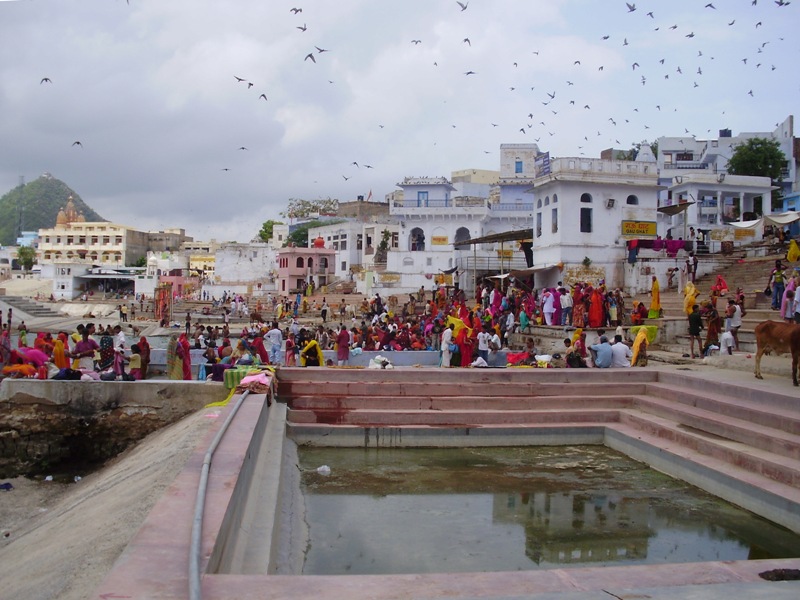 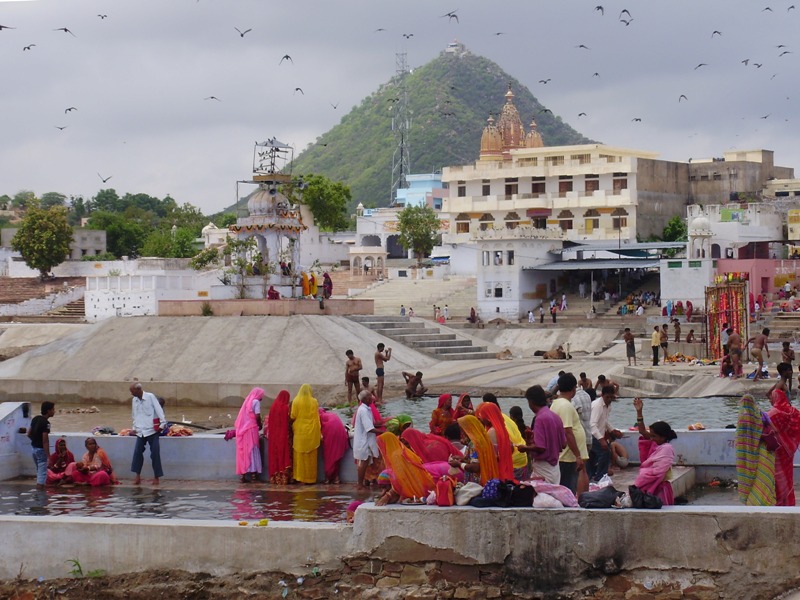 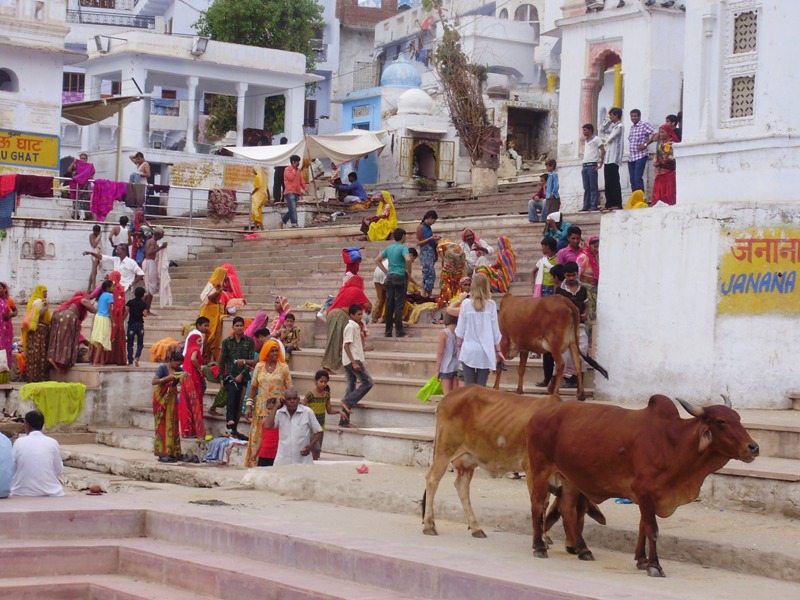 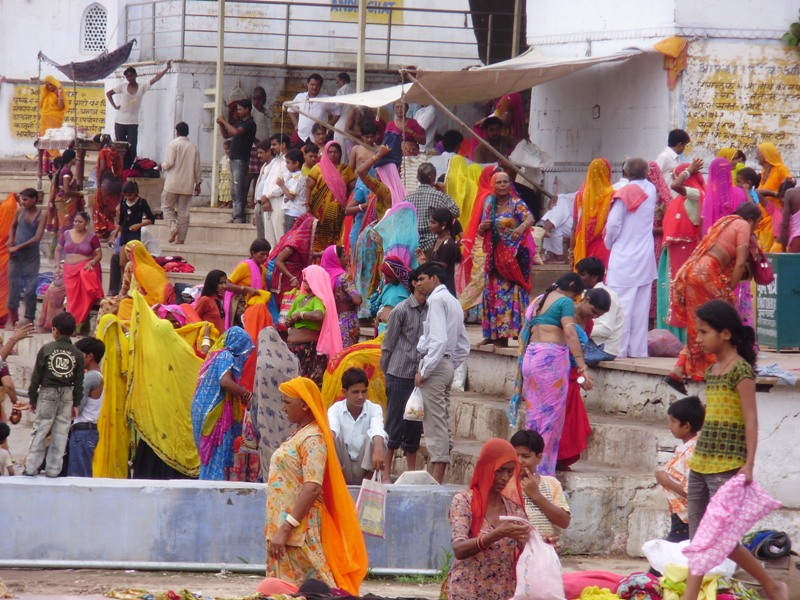 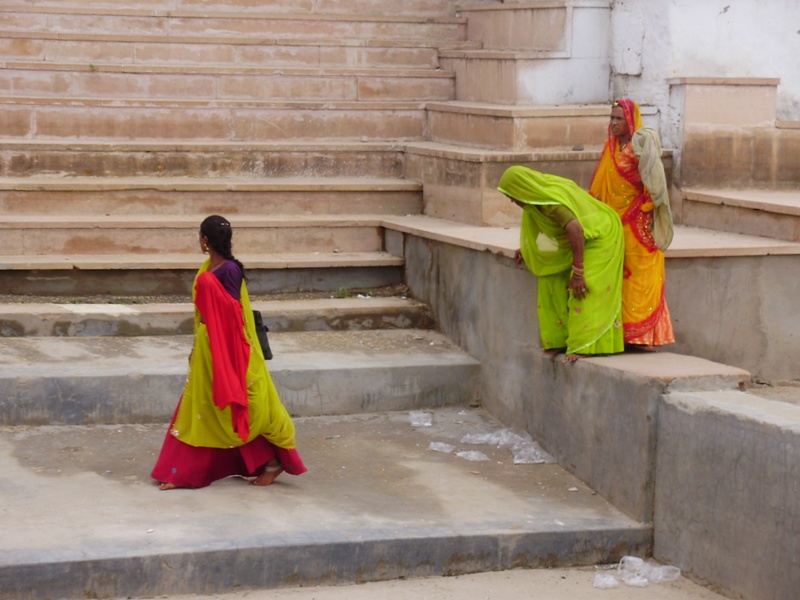 The Legend of Pushkar

Pushkar is said to be the seat of Lord Brahma, one of the Hindu holy trinity – the creator of the universe. Legend about how Pushkar was created said that demon Vajra Nabha killed Brahma’s children. Brahma struck Vajra Nabha with his weapon – lotus flower. When the Vajra Nabha died, the lotus petals fell in three places. One of them was Pushkar, where the petal is believed to have given birth to a lake. Brahma has performed a sacrifice at Pushkar Lake on Kartik Purnima. Kartik Purnima is a Hindu holiday celebrating the full moon, usually in November. Every year in November, pilgrims take a holy dip in this lake. 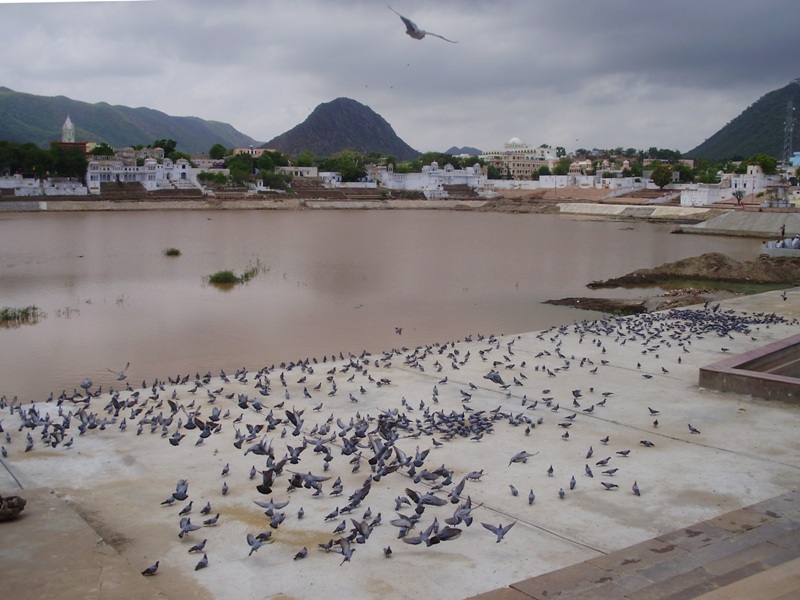 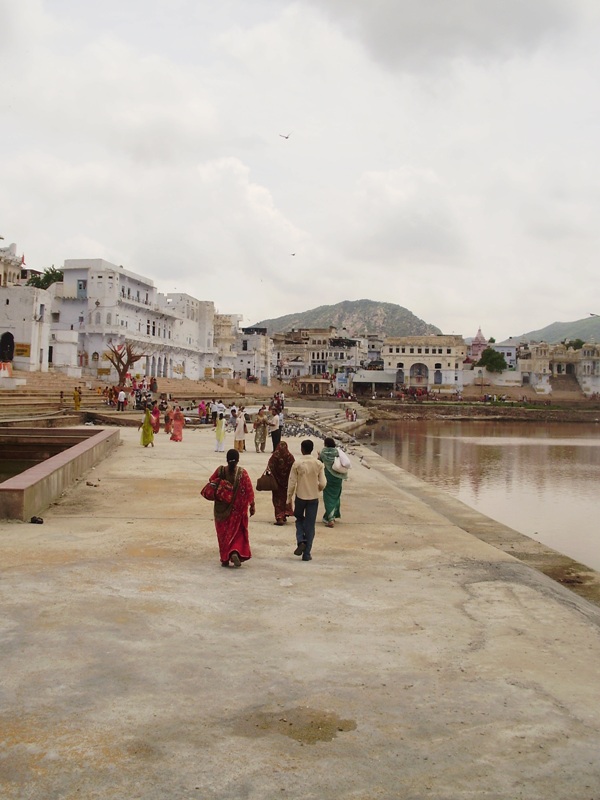 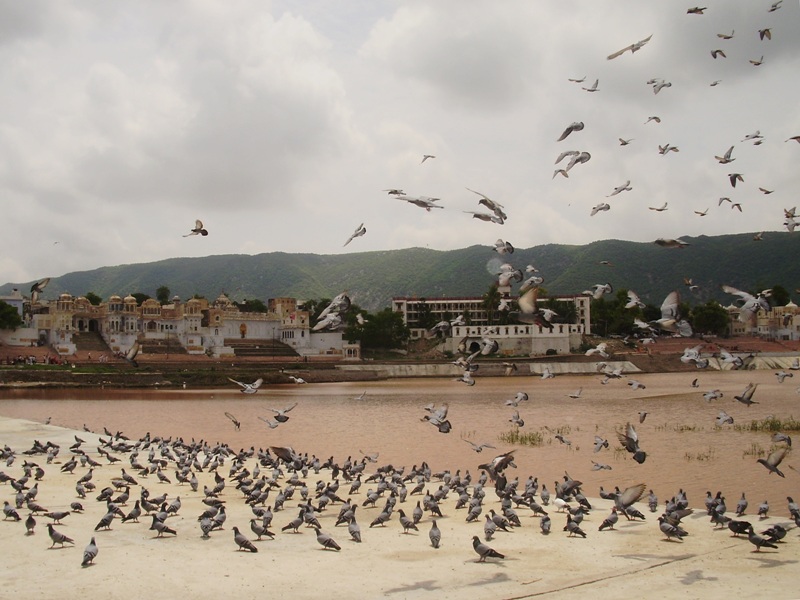 Brahma Temple in Pushkar is the only temple dedicated to Lord Brahma. The temple was built in the 14th century and is an important pilgrim place for Hindus. Lord Brahma, together with all the gods and goddesses performed a ‘Yagna’ – self-mortification – at the lake. According to legends, Brahma’s wife Savitri was not present at the Yagna and Brahma married another woman. Savitri being displeased by Brahma’s act cursed that Brahma would never be worshipped anywhere else. Due to the reason, this is the only known temple in the world, where Lord Brahma is worshipped. 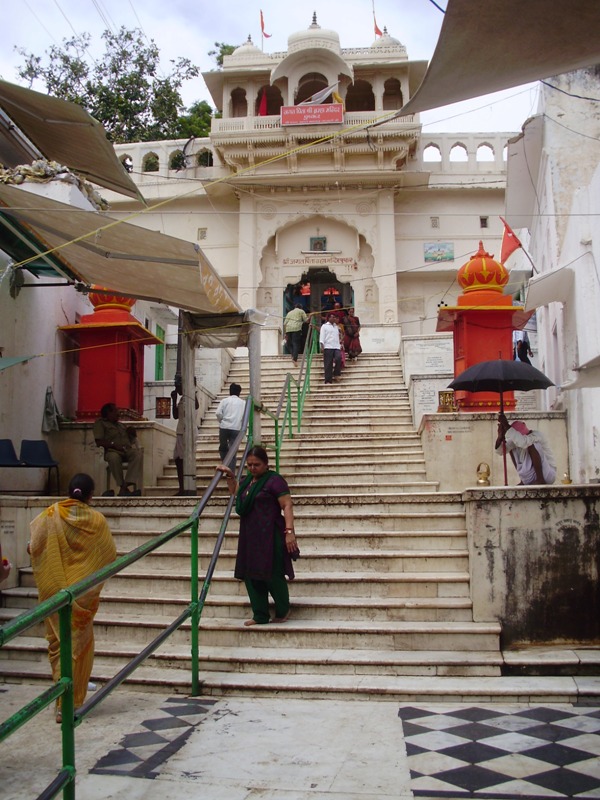 During the Kartik Purnima in the months of October- November, the town of Pushkar becomes alive. This is the time which marks the time during which Brahma performed his Yagna. Pilgrims come to pay their homage and get blessings from the Jagat Pita, Lord Brahma.

Be careful because the entire town is considered to be sacred. So these rules you should apply to the whole town.