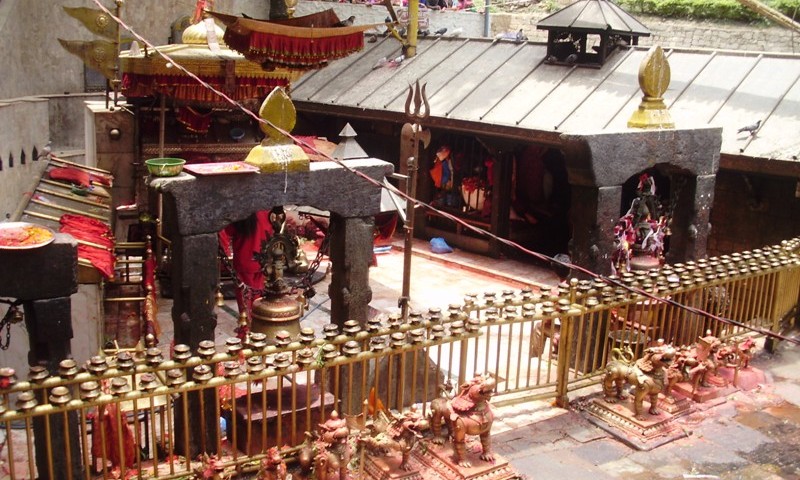 Before I came to Nepal, I knew the places that I wanted to visit. But I didnt know about existence of Dakshinkali temple and ceremony that’s going on there. The first time I heard about this place in Kathmandu. Because it is not a tourist spot, the more this place attracted me.

I searched on the internet which days of the week are rituals held. I found out that two times a week – on Tuesday and Saturday. Great! Because on Saturday I was still in Kathmandu before heading to Pokhara. Saturday is the main day of animal sacrifice and lots of people come to Dakshinkali temple.

On Saturday morning I went to Ratnapark near Thamel and tried to find a bus, which was heading to the village Pharping, which is 22 km away from Kathmandu. Nice Nepalese people me gave me advices and showed me the bus.

The road took about 45 minutes, all the time rising to hills. We reached the hilltop and all people got off the bus, so I followed them. So far nothing indicated that I was close to the place where animals are sacrificed. 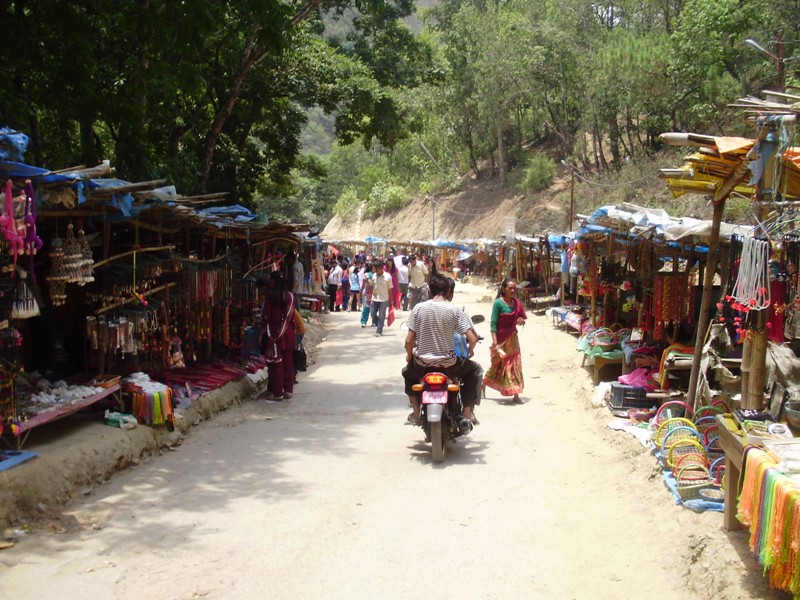 I came to the wide street, which looked like a market. Everywhere were many stalls with various kinds of goods. After a few meters, I saw stall where people buy cocks. I immediately knew for what purpose they are sold. 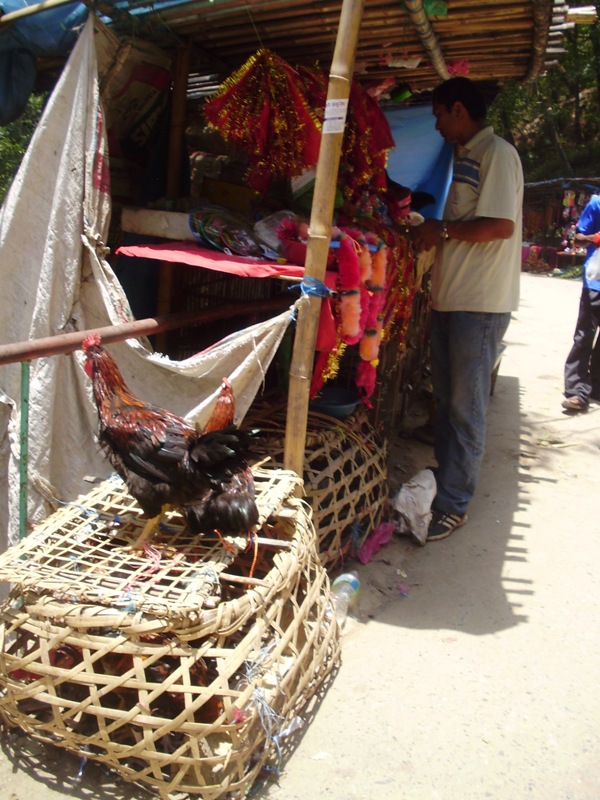 I went to the end of this long street full of stalls. At the end, on the left side were long stairs to the valley where Dakshinkali temple is situated. On the stairs in a long line leading to the temple full of people holding flowers, chickens, and goats. 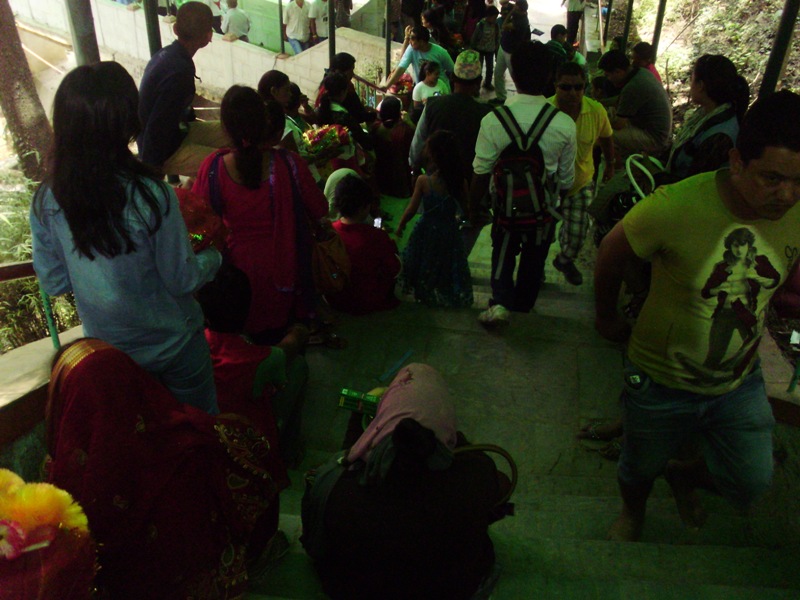 Tourists who only want to take photographs need not stand in line —I simply walked past the hordes. Near the temple I saw a place where people can buy sacrificial objects. Then I found viewpoint on raised steps adjacent to the temple, from where I had a great view of the entire event. 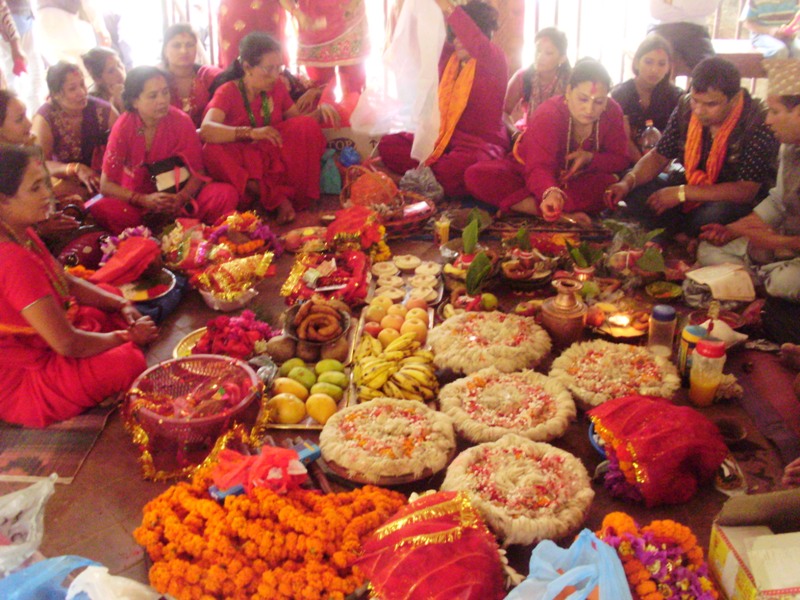 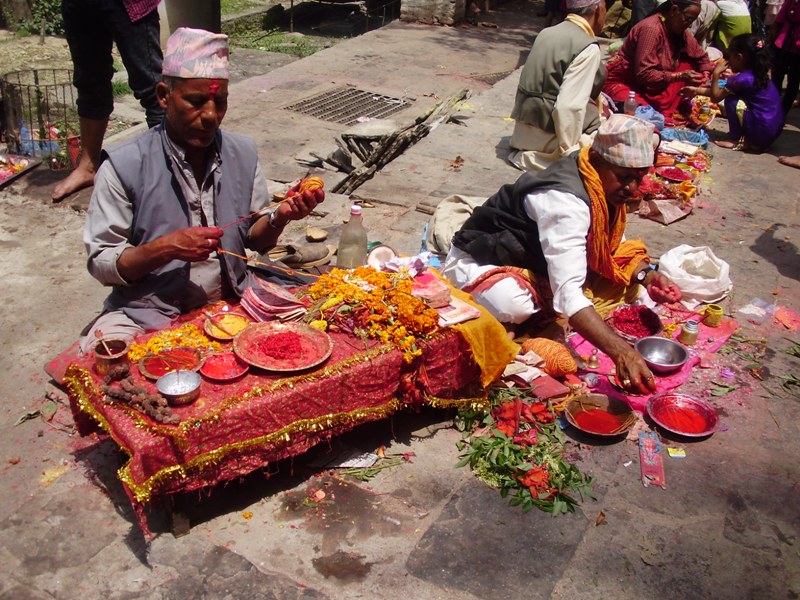 It was noon and the gates of the temple were closed. After the morning’s sacrifice of animals the temple was closed for a while and purified. People holding flowers and animals were waiting at the gates. Some people bought pigeons, which they fortunately do not go to sacrifice. 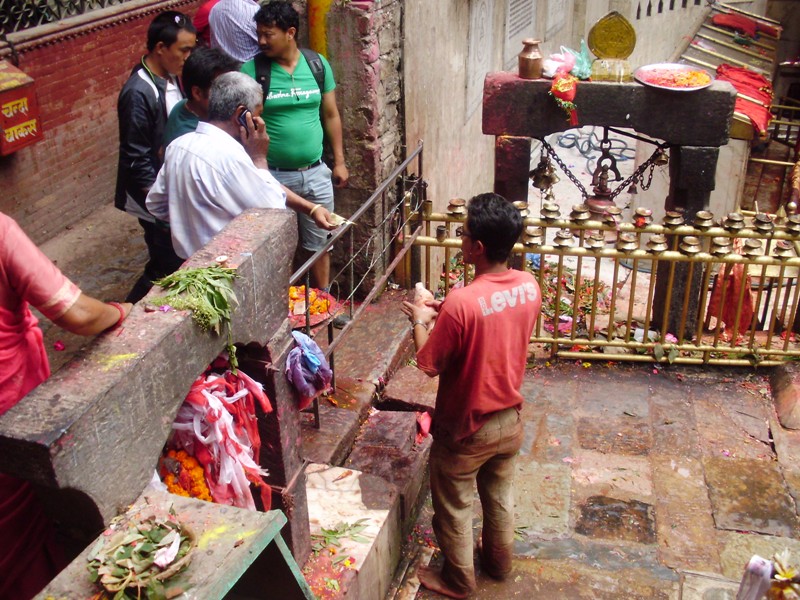 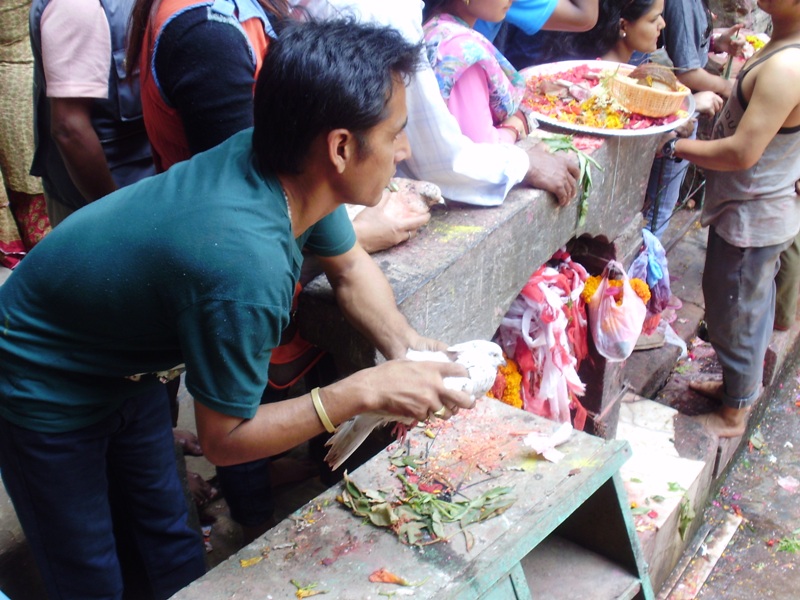 After a few minutes waiting bells and drums resounded. I became nervous about what is going to happen. At this moment the whole place immersed in the special atmosphere and I felt a kind of tension around me. 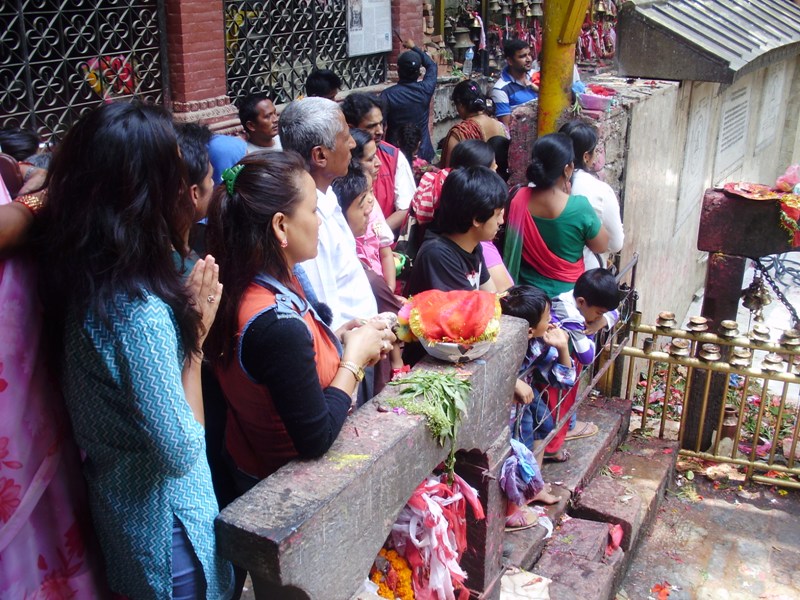 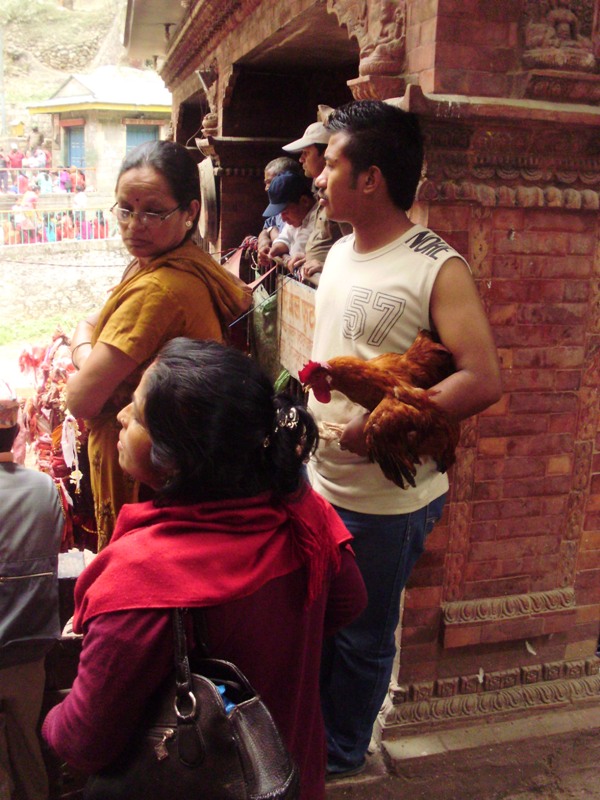 Then the gates opened. People began to enter temple. They approached with the animals directly to the place where they are sacrificed to the goddess Kali, whose name means “the black one”. I saw a goat. It was scary, didnt want to take one more step towards temple. Goat felt death. It began to be difficult for me. 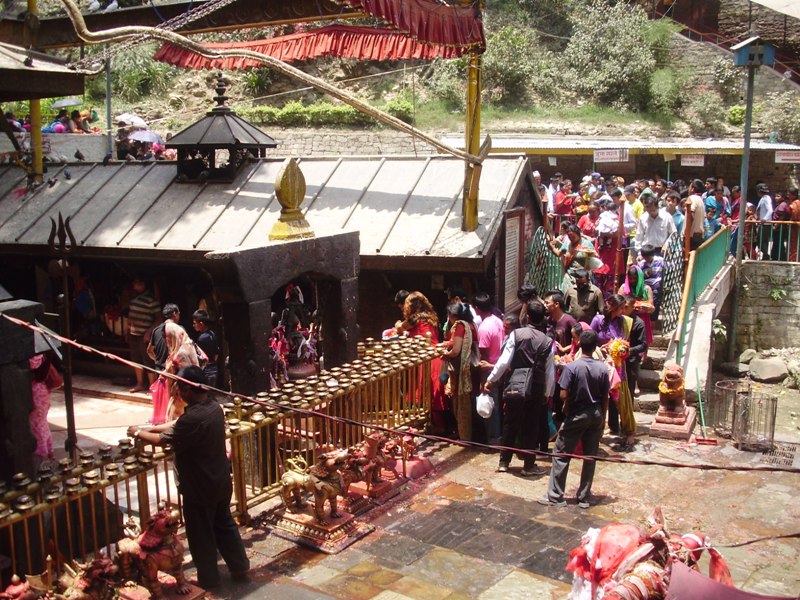 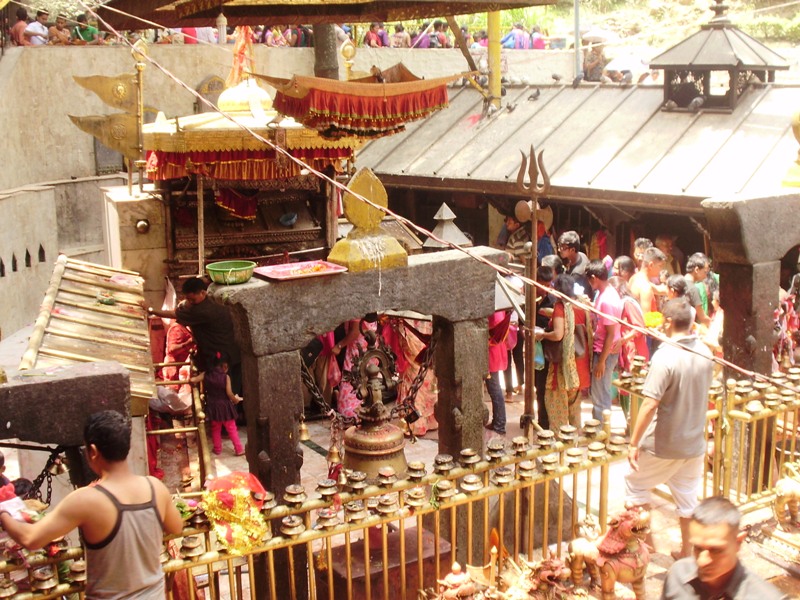 Directly in front of me at the sacrificial site, a man with a nife cuts off the cock’s head at a single sweep and blood trickled down into the gutter. He thrown it on the roof in front of him. And ravens lurked on the heads in the distance. They arrived and took them into the beak and flew twith hem over the temple. 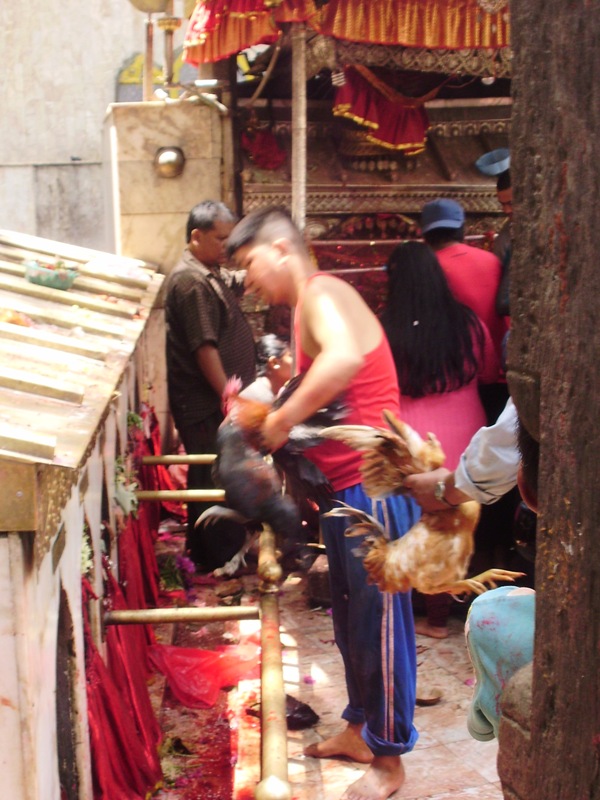 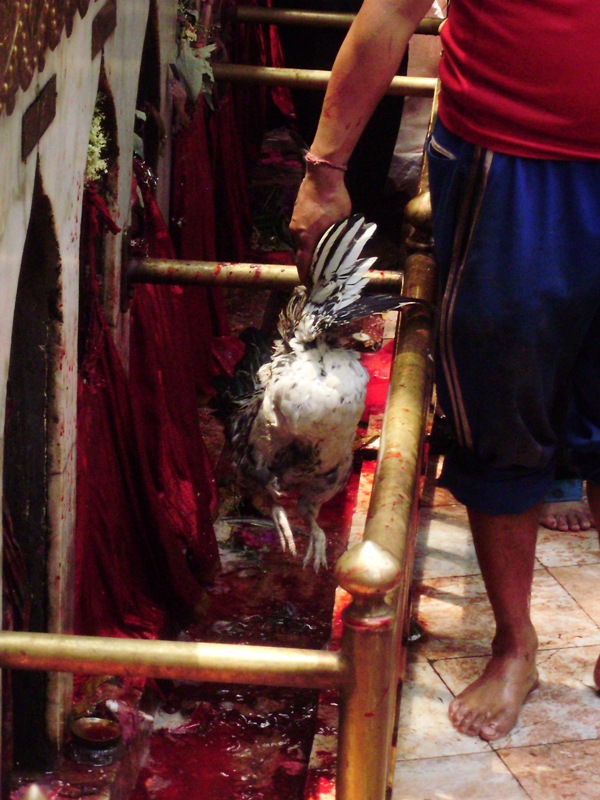 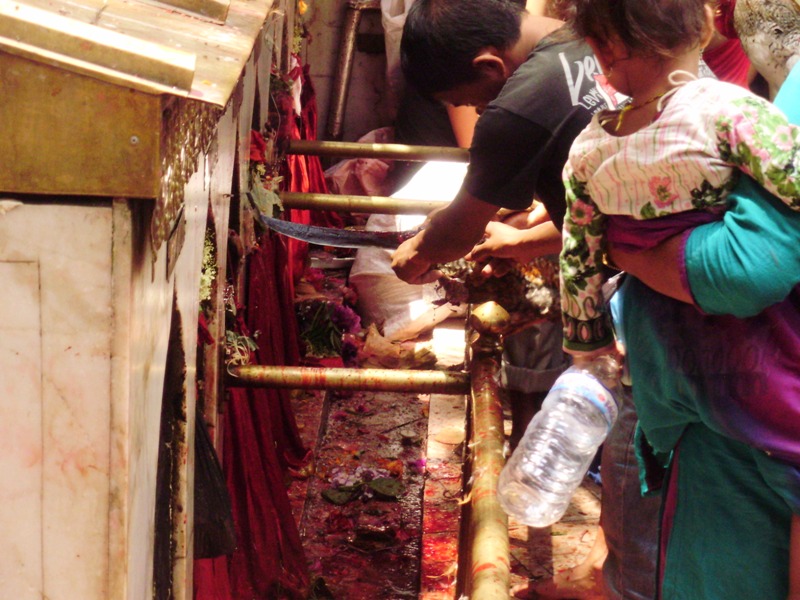 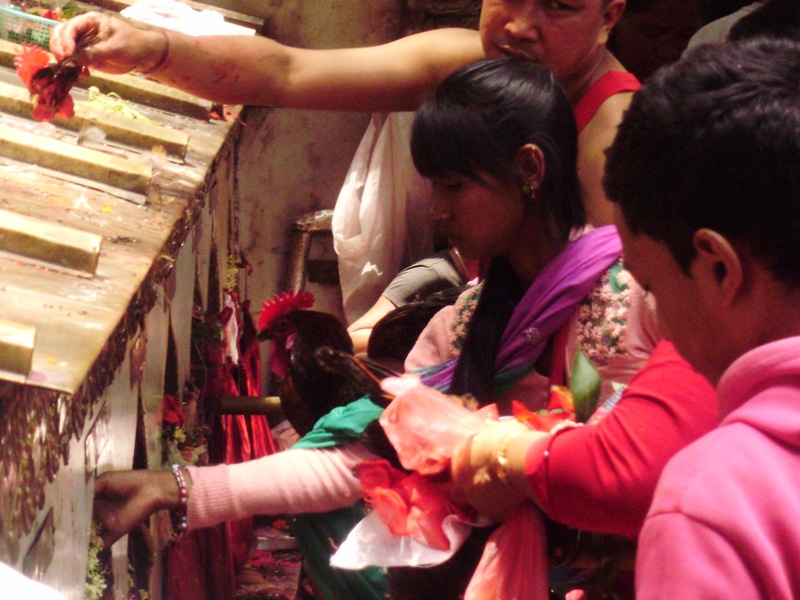 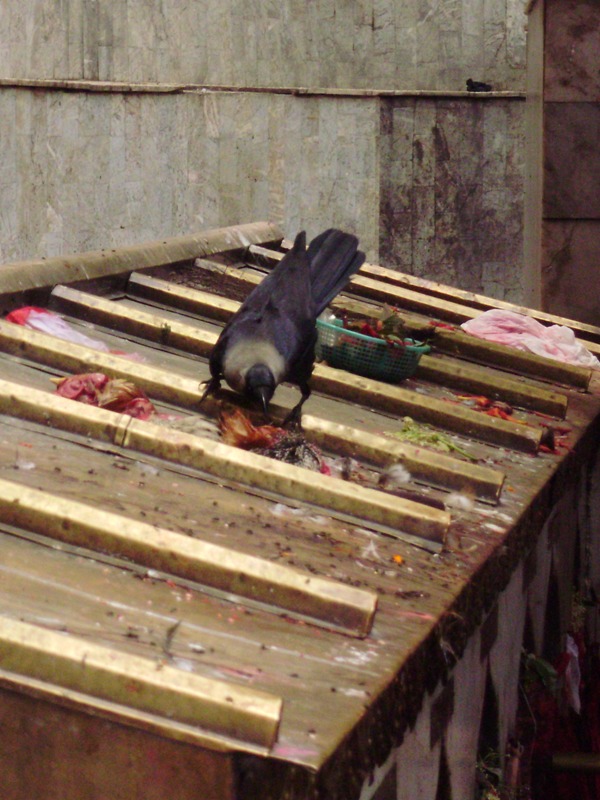 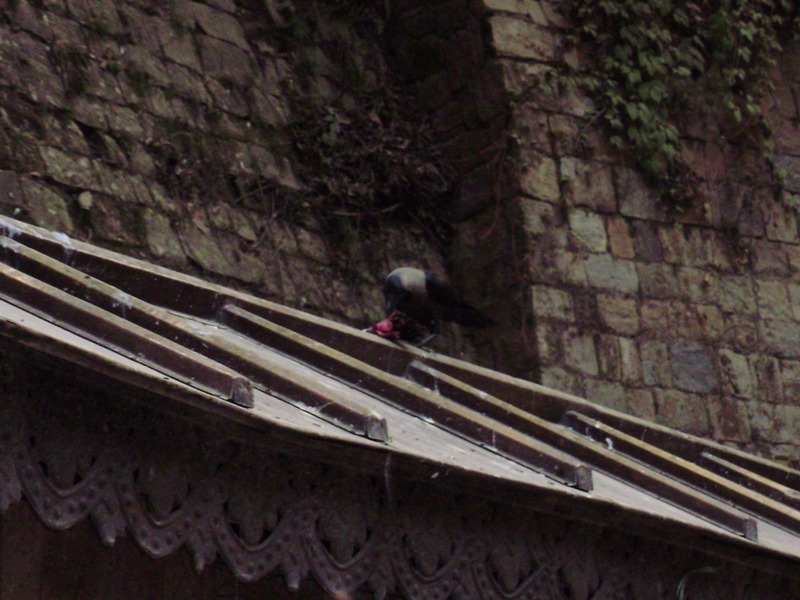 I looked at the goat again. Now she was just a few meters from the sacrificial site…and terribly scared. I averted eyes. After few minutes I saw the owners take away its limp body. 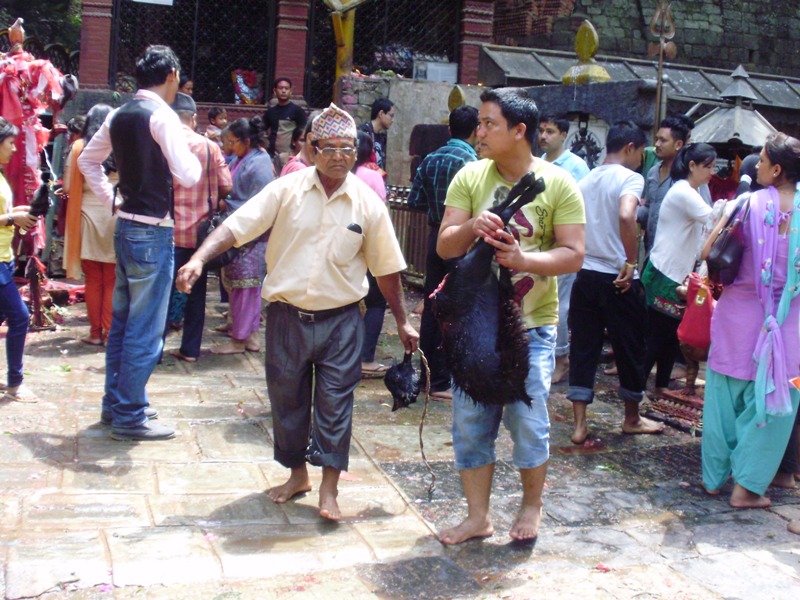 But I could see a real satisfaction on the faces of people who have made sacrifices to the godness Kali, because they believe they did something good for themselves and for their families. 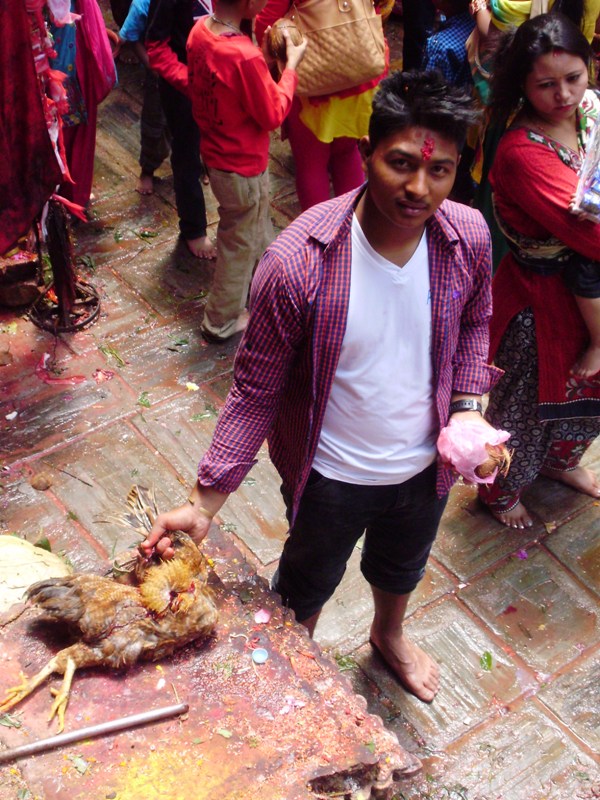 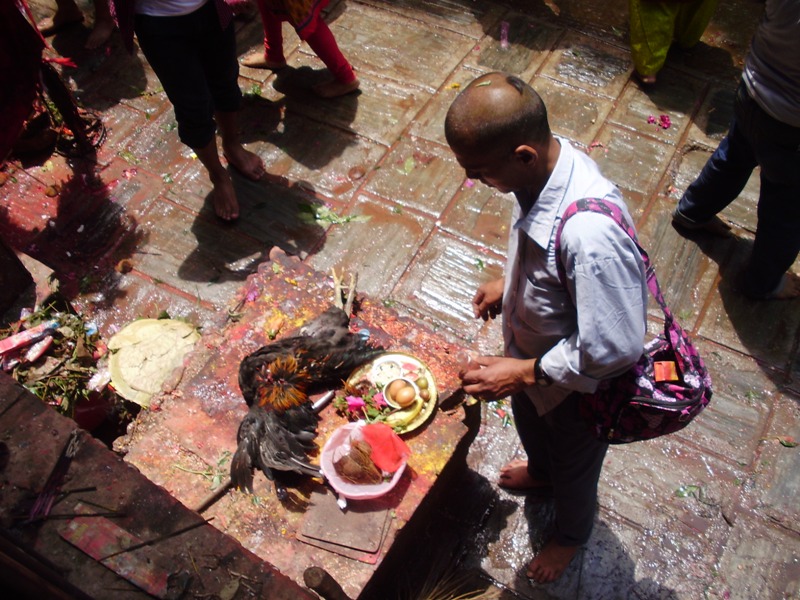 Perhaps someone can see animal sacrifice as a wrong way to express reverence for the goddess Kali, but there is also something positive on it. People processed meat directly in the temple in the special part with workers and take it home, where eat it. 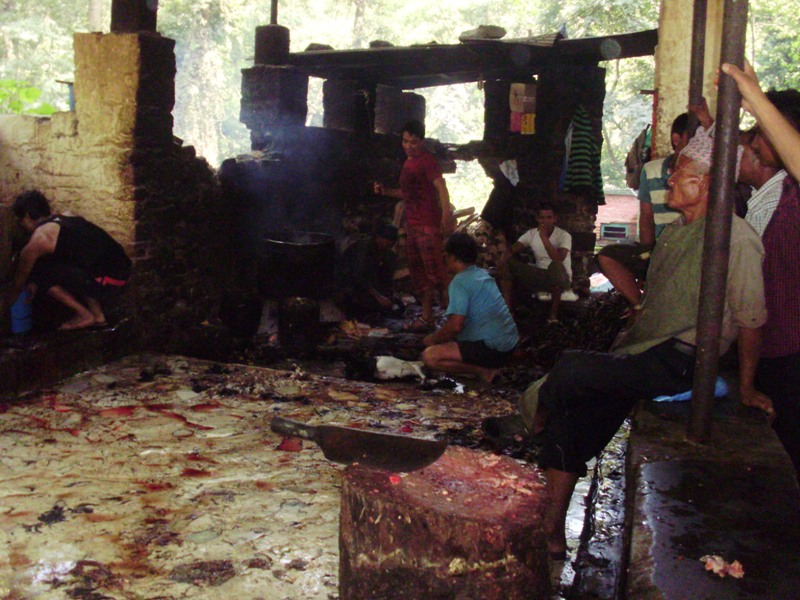 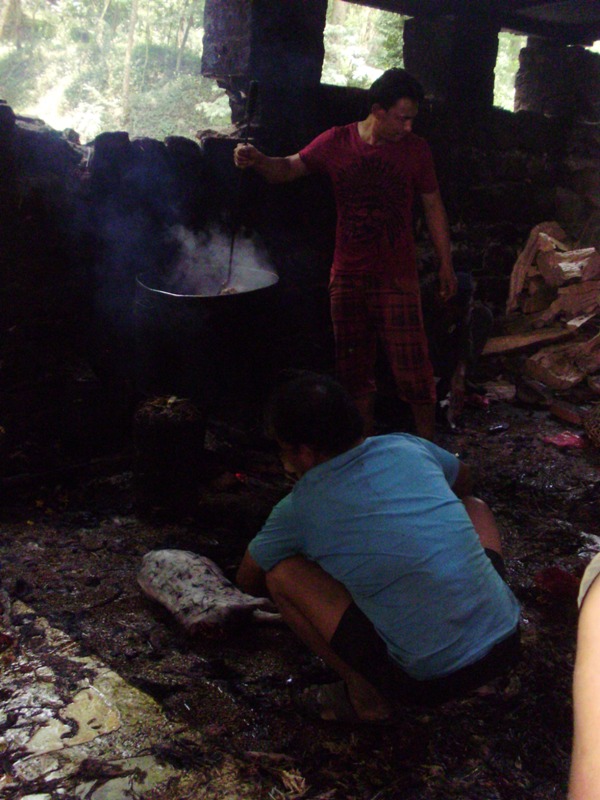 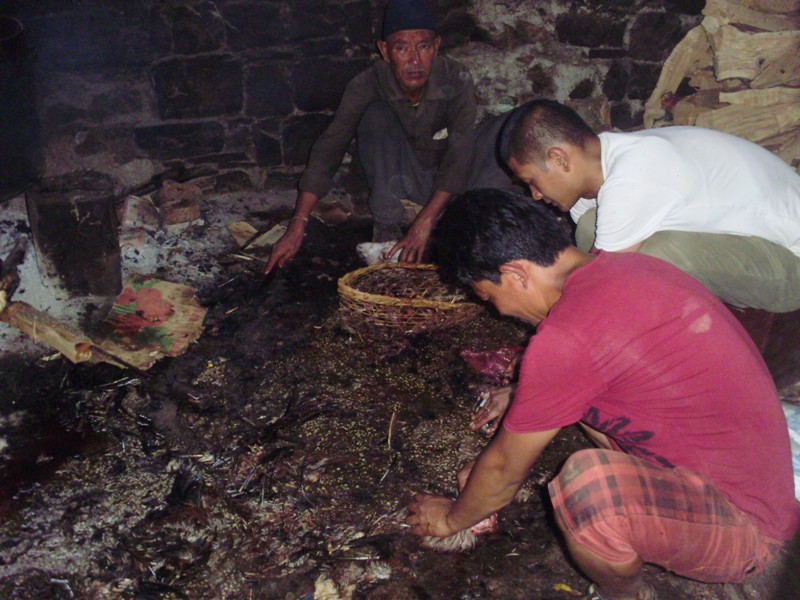 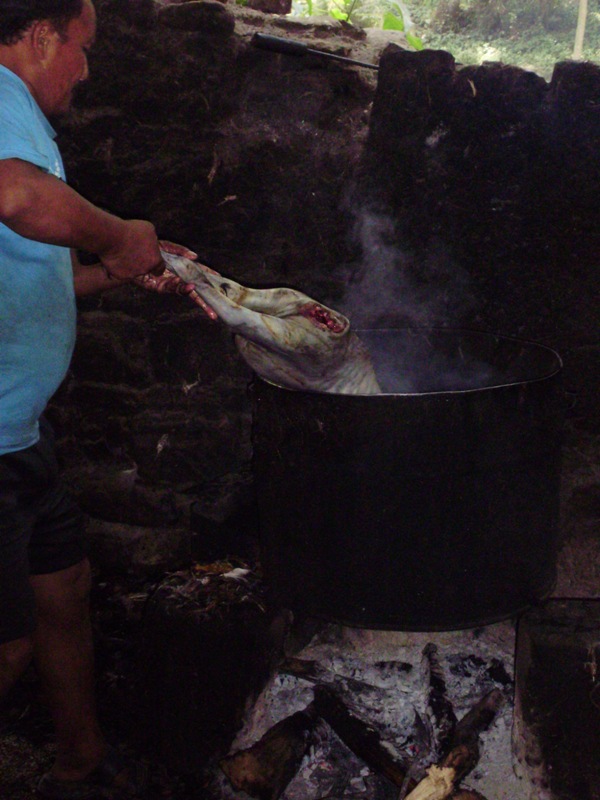 This place and the ceremony is very shocking, but on the other hand, it looks very magical. At first I thought I will stay there only half an hour, but I stayed in Dakshinkali temple for about 3 hours and absorb a particular atmosphere. 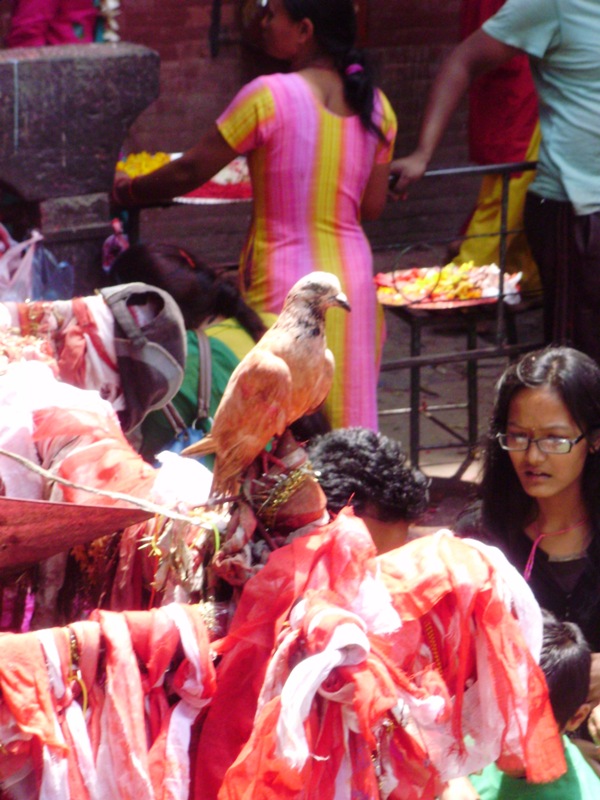 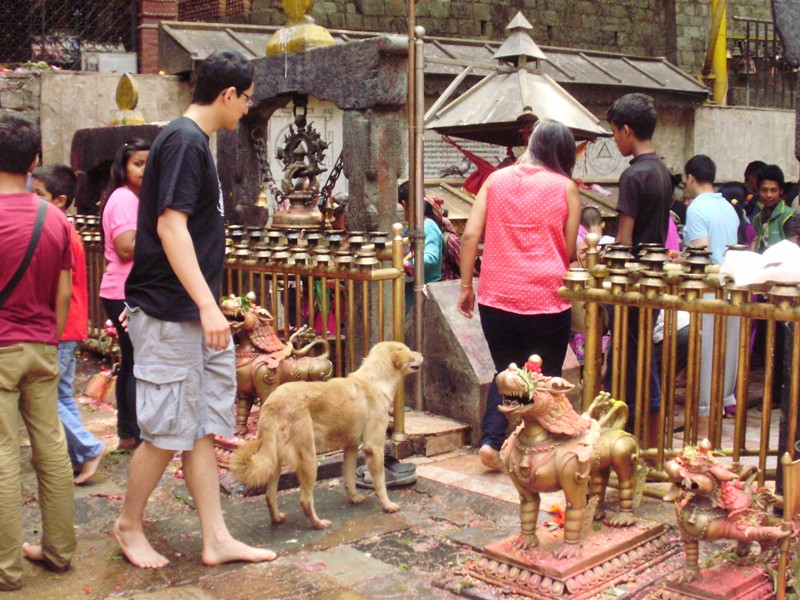 I really recommend this place to anyone looking for a special spot but you should also have strong stomach for watching that.