Floating village on Lake Tempe in Sengkang in Sulawesi 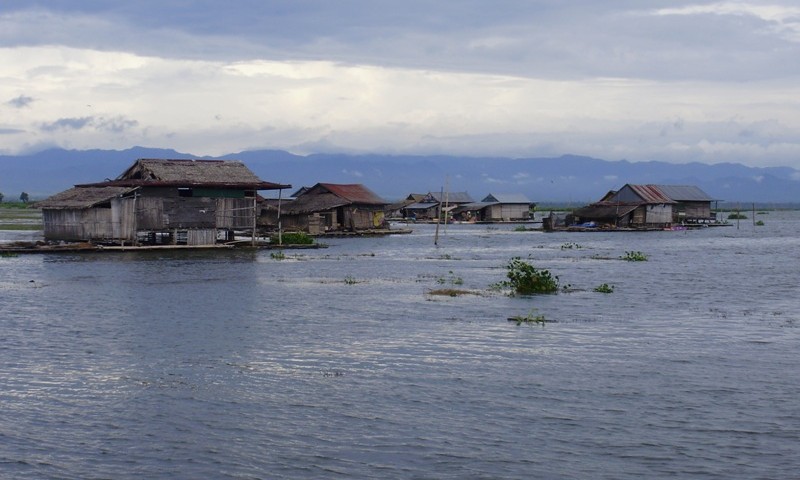 From the hotel in Makassar I with my friend Maria got by Angott to the bus station on the edge of city. Owner of our hotel in Makassar told us that at this bus station we will find bus to Sengkang. We asked people but no one knew. Everybody told us, that we can get to Sengkang only if we order a car. We refused that, because we didn’t believe them and waited another hour for the bus. After one hour of waiting we went to the place where stood the cars. We asked the price. When we hear the answer 60 000INR we understood that in Sulewesi there are public cars often used by locals instead of buses. Passengers have to wait until cars are filled and they get to destination comfortably and inexpensively. Nowhere else we’ve experienced this in Indonesia so far. During the trip, everything was fine, but our driver most of the time looked at me instead of road and drove extremely fast.

After 8 hours of shocks in the car, we took room in the hotel Pondok Eka, which is considered the best hotel in Sengkang. We were surprised because in Sulawesi we saw only few tourists so far. In the city Sengkang we had a plan to visit the floating village on Lake Tempe. Coast with boats is only a few minutes from the hotel Pondok Eka. The next morning we arrange a boat on our own and our ride started. The first part of the cruise is between the houses. Houses are built on stilts on the shores of the lake. When the level rises residents are still safe. After a short ride we got to the lake Tempe and continued through a water maze. 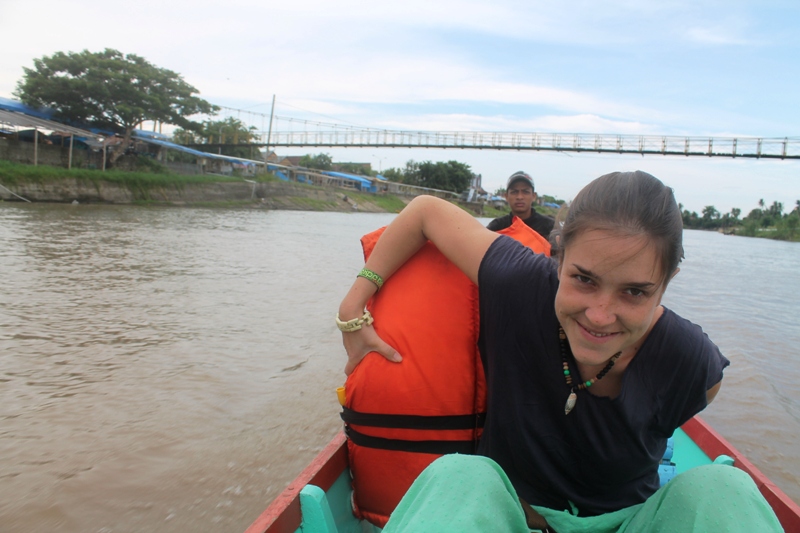 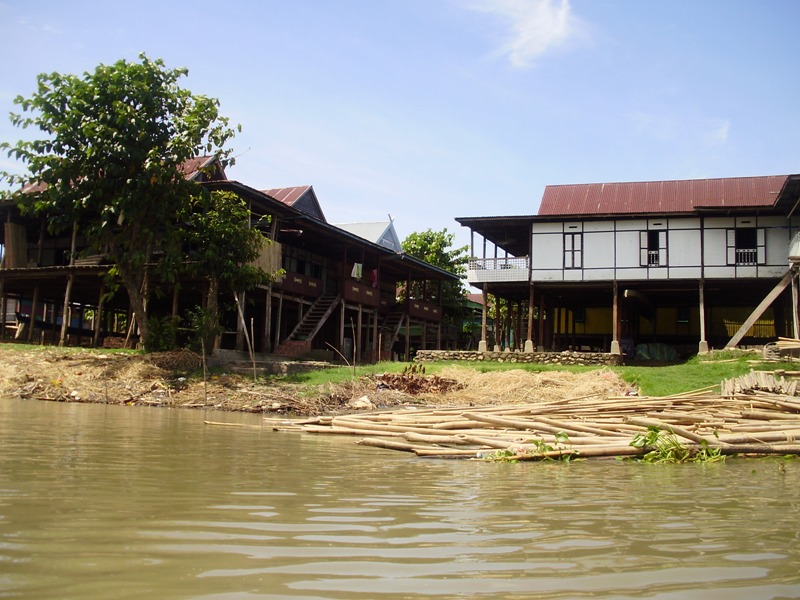 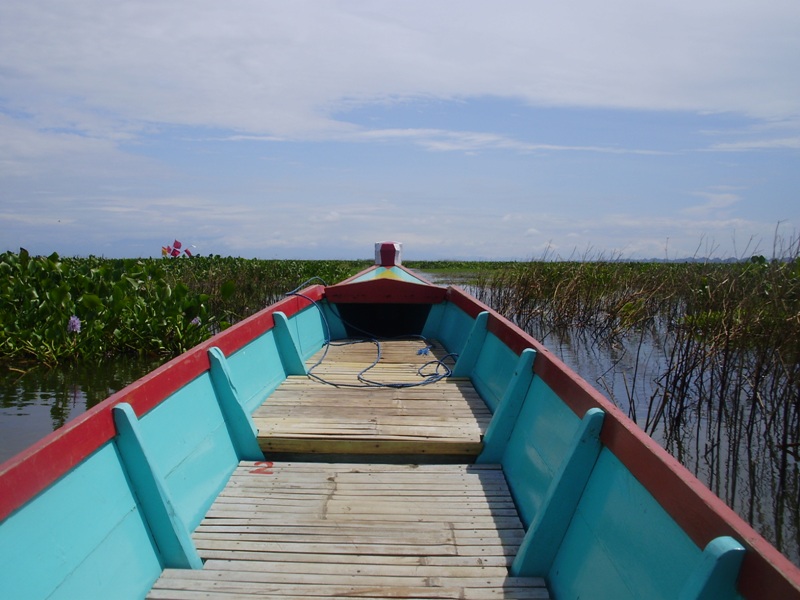 Danau Tempe or Lake Tempe is the largest lake in Sulawesi. Large amounts of bird species live there, so the place is paradise for bird-watchers. Aquatic plants are rapidly growing on the lake; therefore, fishermen build these stilts. The plants then pull up and not along the lake. Close to the floating village we saw the fishermen. 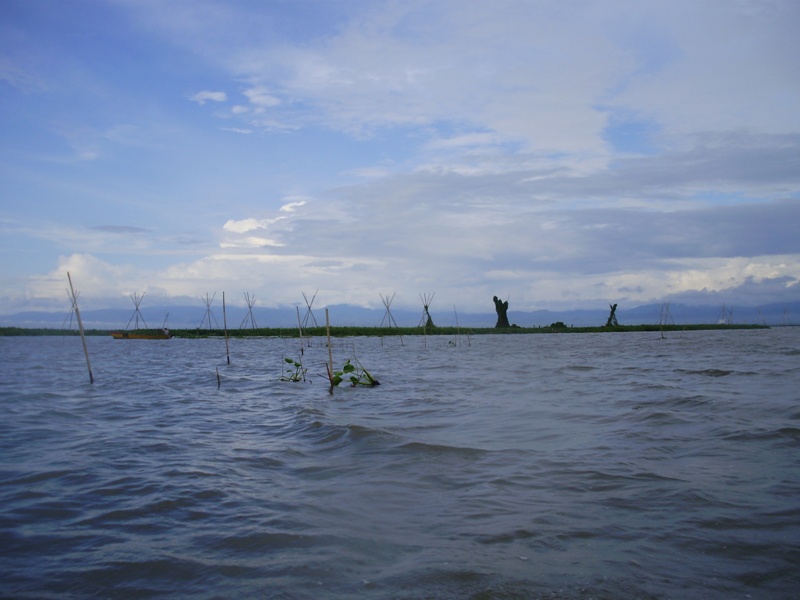 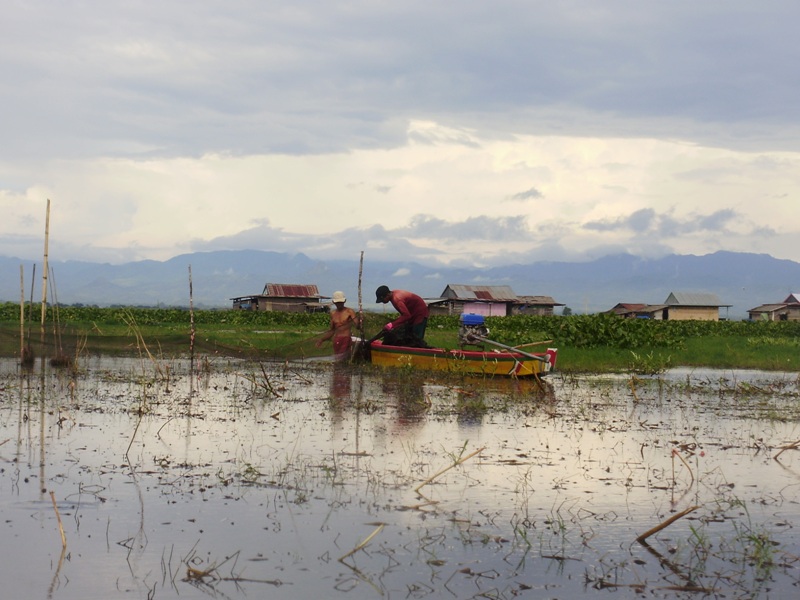 In 1985, on the lake were built the first three houses, and gradually another were built. When you notice all the houses are facing the same side. It is caused by the wind, depending on which side is blown. When the winds change, the houses will begin to rotate, and the whole village floats on water in another direction. Each house is fix by stilt on the bottom, thus remains stable in its territory. 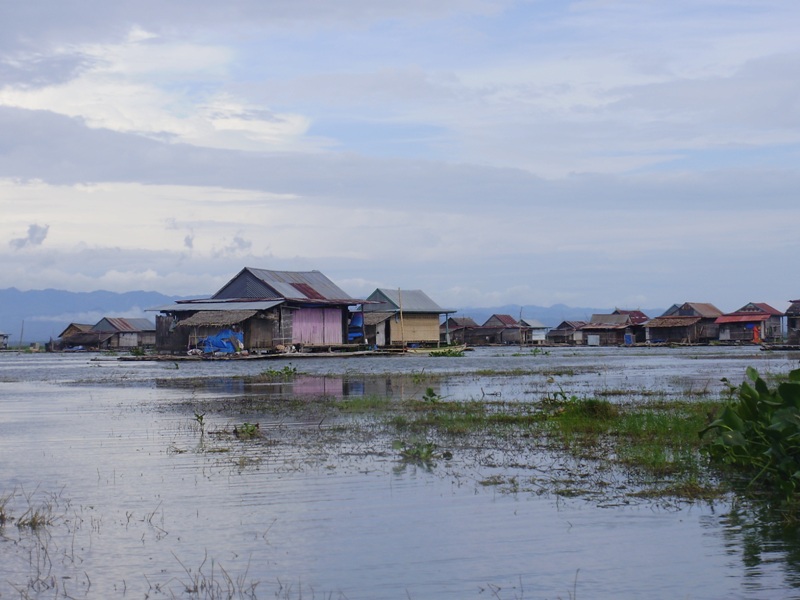 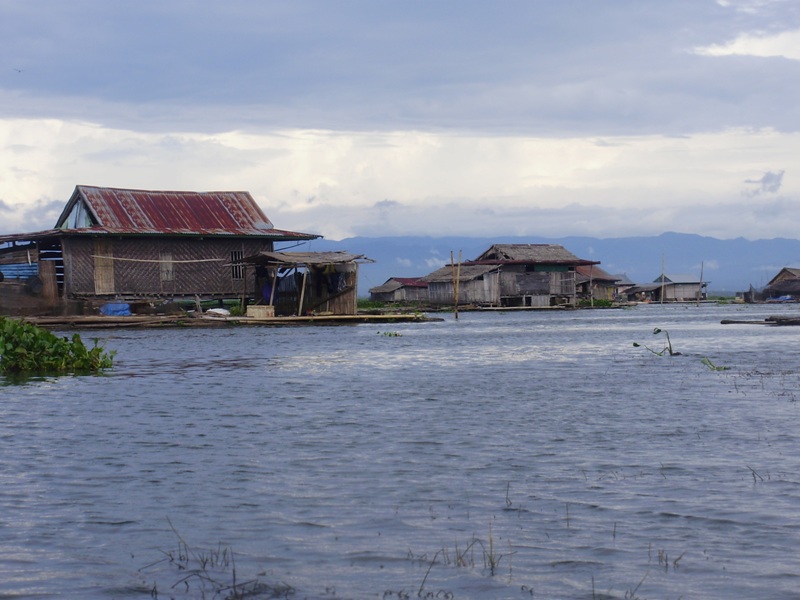 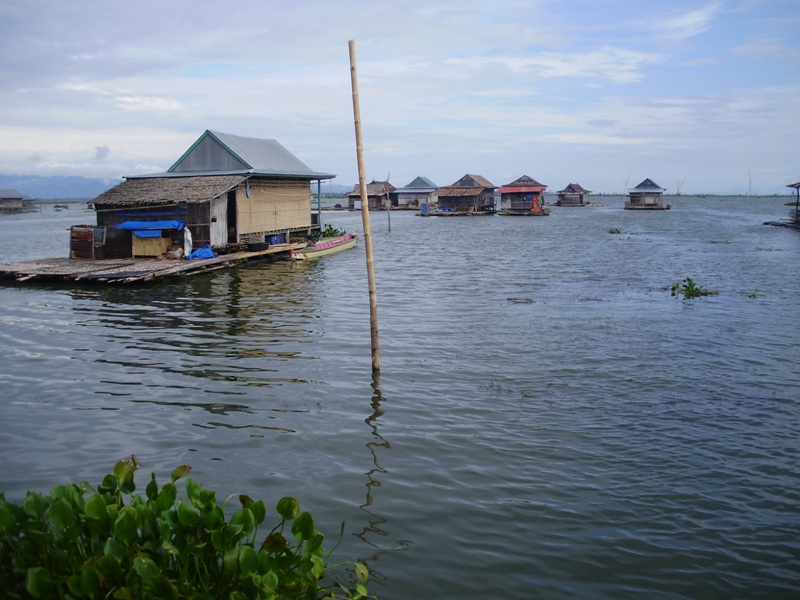 When the water level falls, homes that are on the edges are shifted more to the center, so neighbors are closer. New houses are built directly on the lake on another house, after finishing people remove new house to the water level. Then a new family finds a suitable place and moor house by a stilt.

The whole family lives in houses. And what these people can do? Actually families live very similar life. Men are fishermen. Women take children to the village to school by boat every morning and they stay on the market sell the fishes. 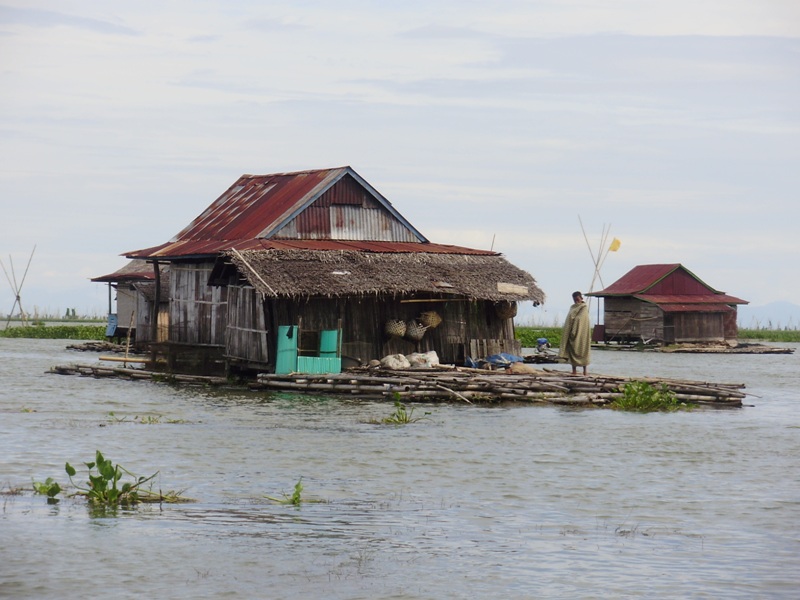 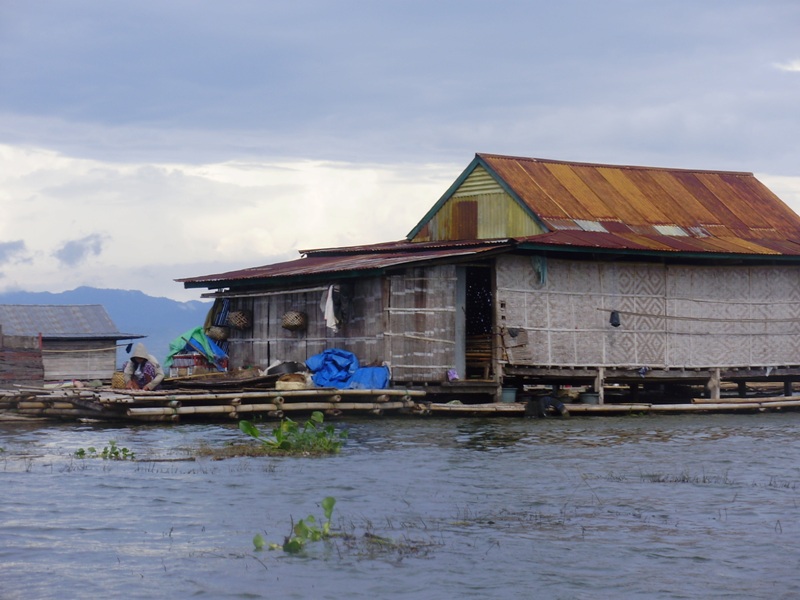 Those little boxes on the sides are toilets. Everything falls to the water. Drinking and cooking water is taken from the land, but people bath and wash clothes in the water from lake. Houses are built on bamboo floor that is fastened with ropes. Because of the waves and the movement of bamboos on the floor, ropes are slowly destroyed, so the whole floor must be changed every two years. 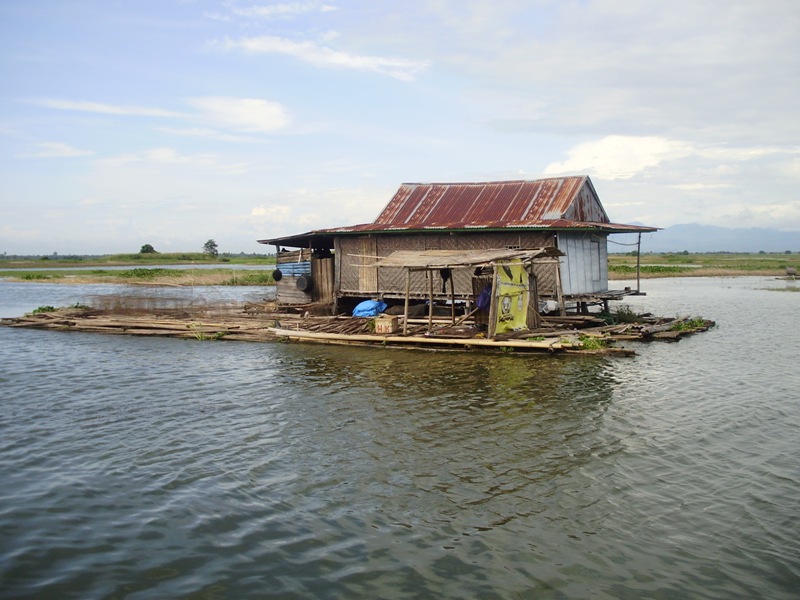 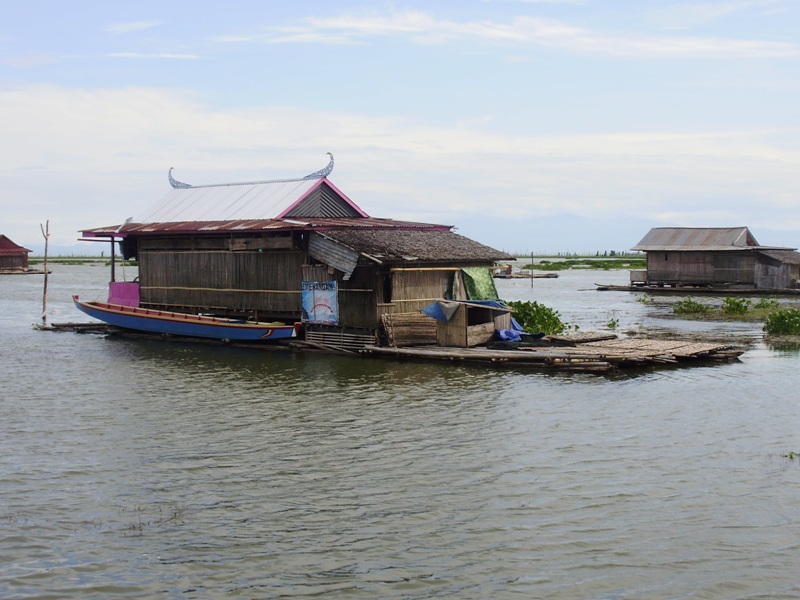 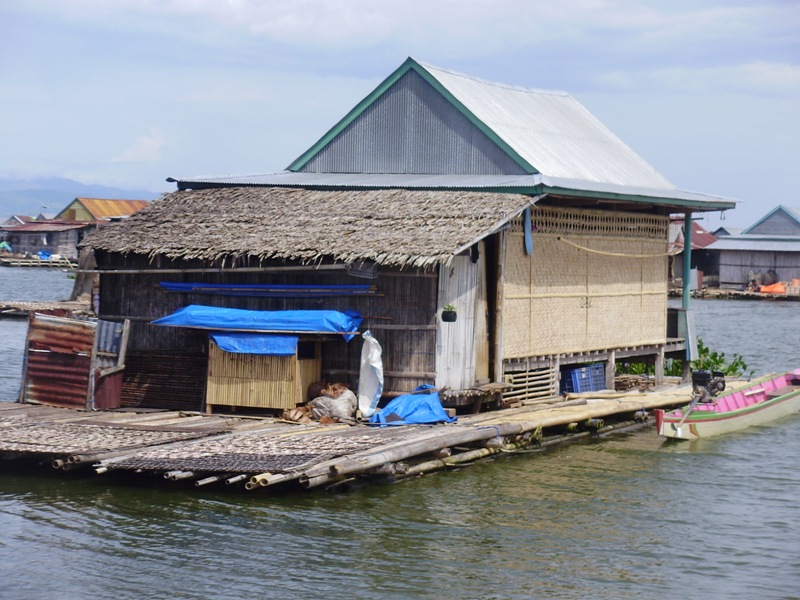 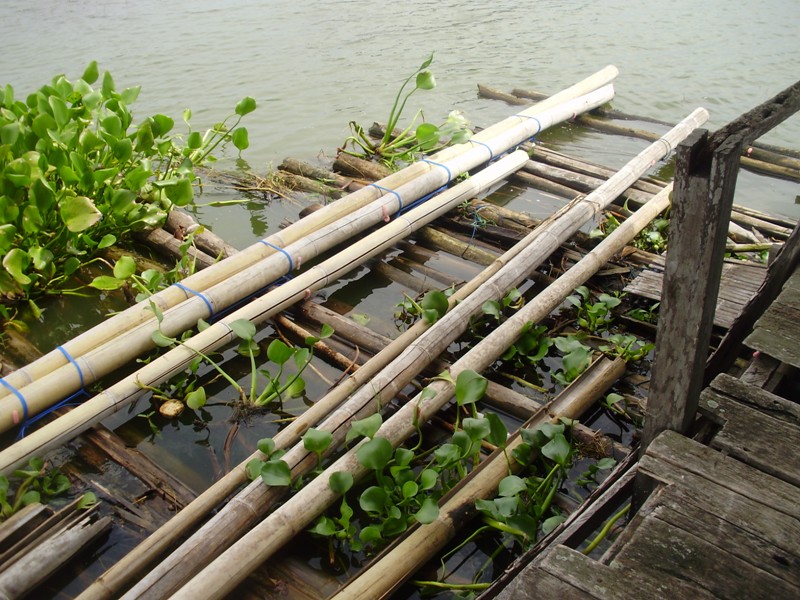 We visited one of these floating houses. Local lady cook for us Pisang goreng – fried banana with tea in the kitchen in the house. I don’t like this dessert so much, but I must admit that this one was extremely tasty. The next hour we rested with tea and bananas on the porch of floating house thinking about people’s lives on Lake Tempe. 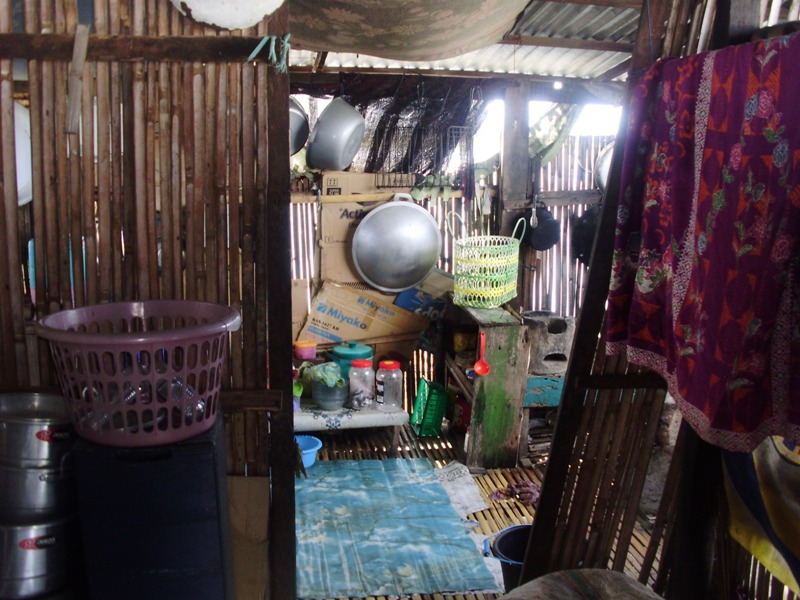 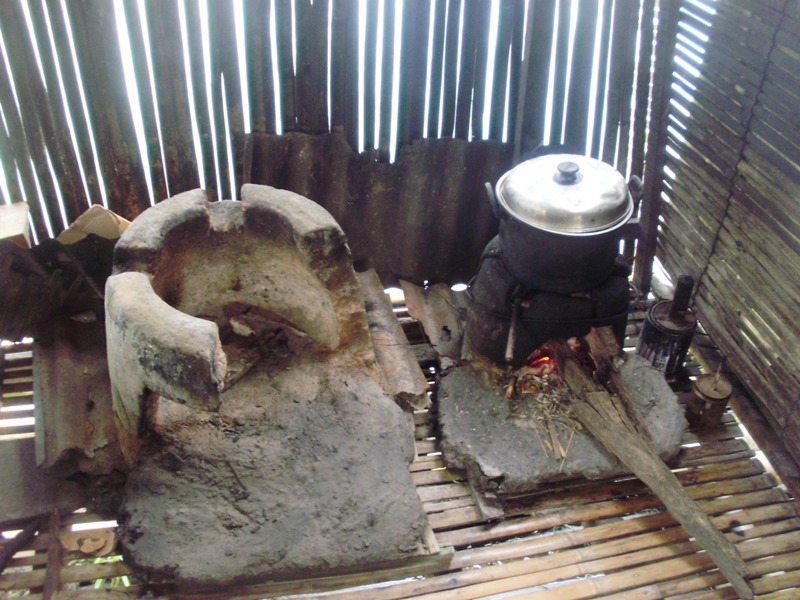 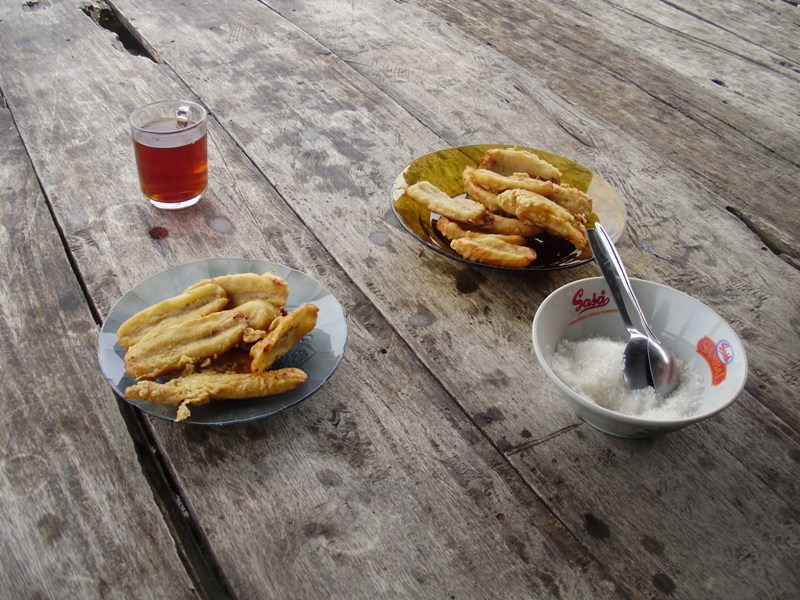 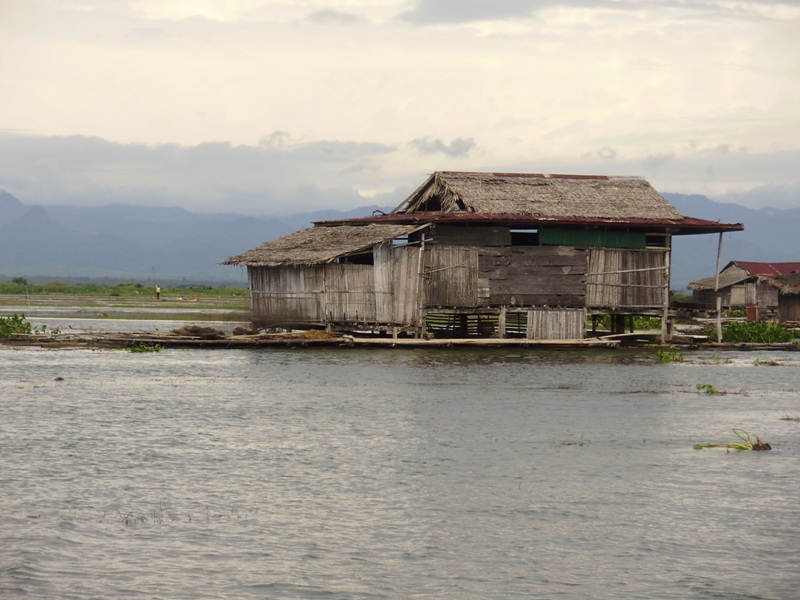 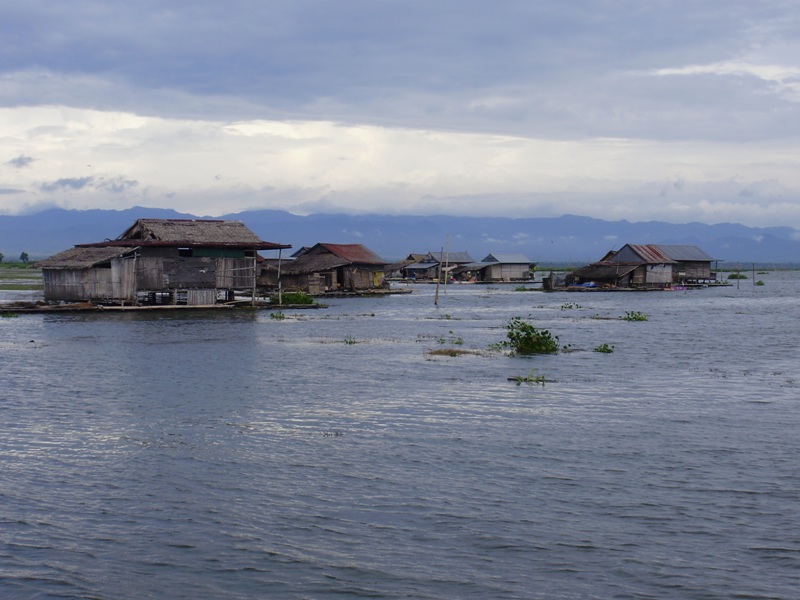 The next day we continued our journey in Sulawesi. We went to the place of death, strange customs and rituals of killing animals – Tana Toraja.