Great day in Spituk monastery and village with local people 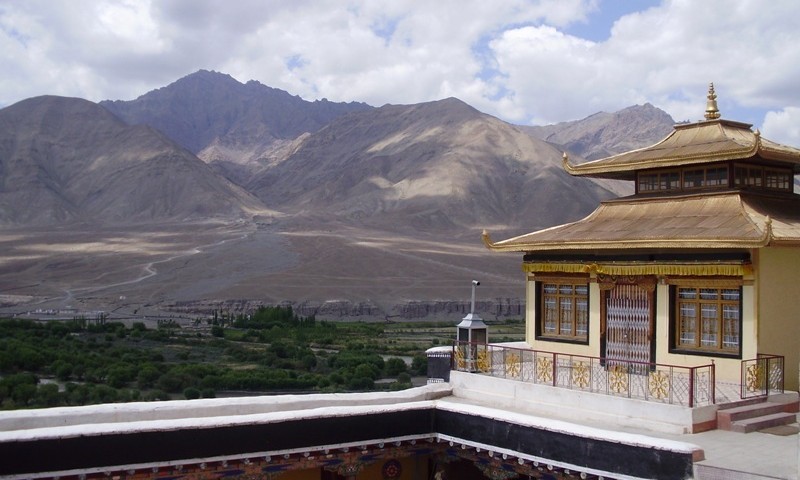 I had planned to visit the Spituk monastery today. Because Kolto comes from the village of Spituk,  he suggested me to go to the monastery with his son, who can show it to me. I was very pleased with this nice company.

In the morning we went to the bus station in Leh and wait for the bus to Spituk. My little buddy arranged everything. The weather was beautiful so I enjoyed view of the surroundings during the journey. Bus driver stopped the bus close to the road that leads to the Spituk monastery. 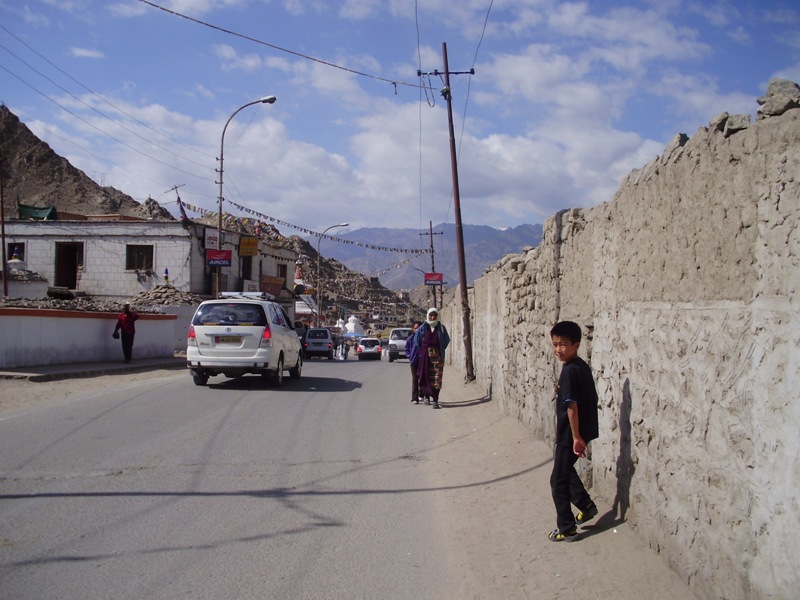 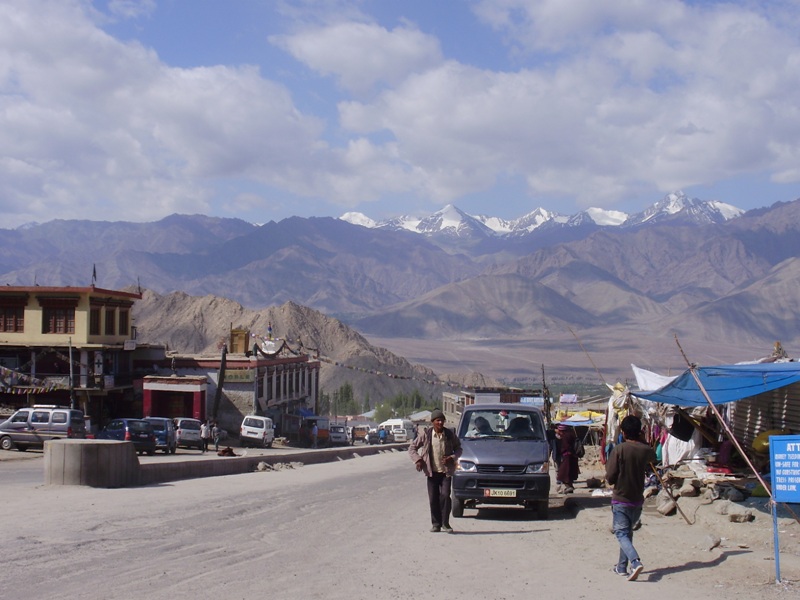 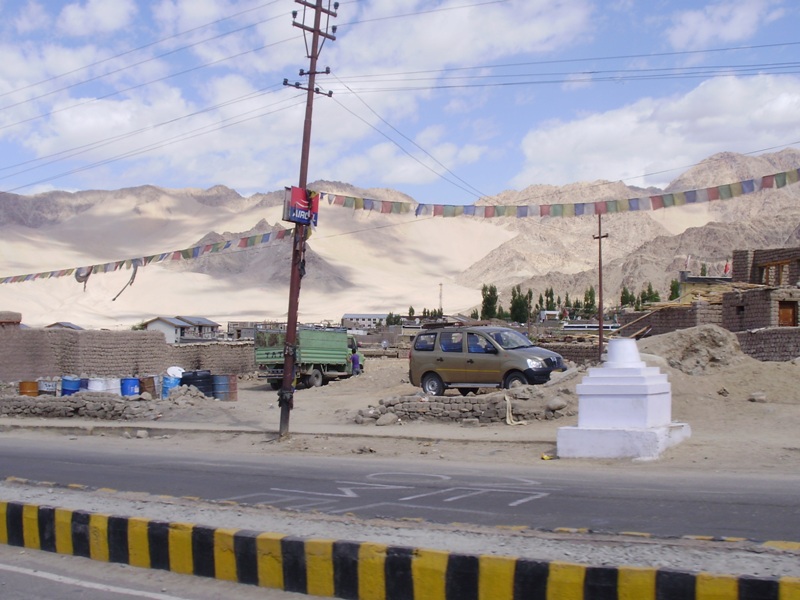 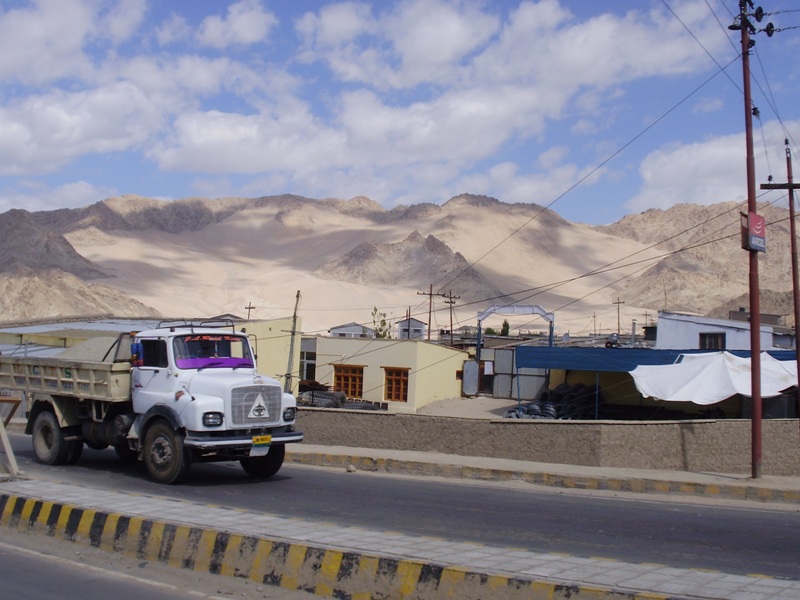 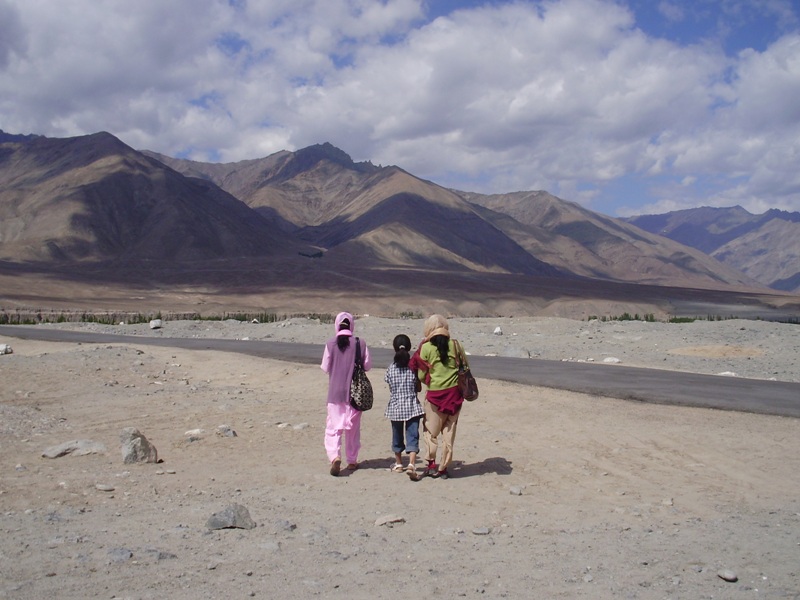 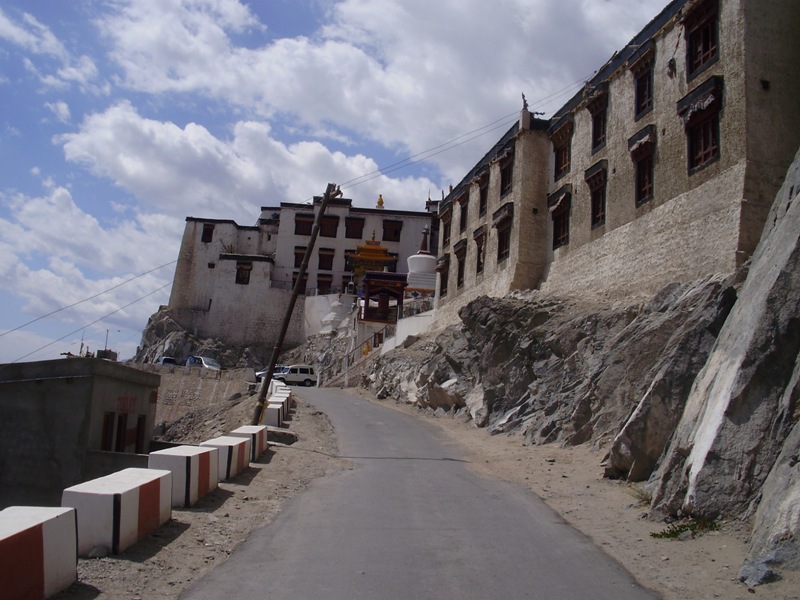 We climbed to the monastery and began the tour of Spituk. Right at the beginning I noticed a blackboard with my favorite statement of Dalailama:

I was sure that if I was not with Kolto´s son I would not get to some rooms and places in monastery. While we were walking across the courtyard and I admired the views from monastery. When you will visit a Buddhist monastery you can be almost sure that the views will be amazing. Most of the monasteries in the past were built on the slopes of the Himalayas. In addition to mountains and valleys I was able to see take off of airplane this time, because Hemis monastery is close to airport in Leh. 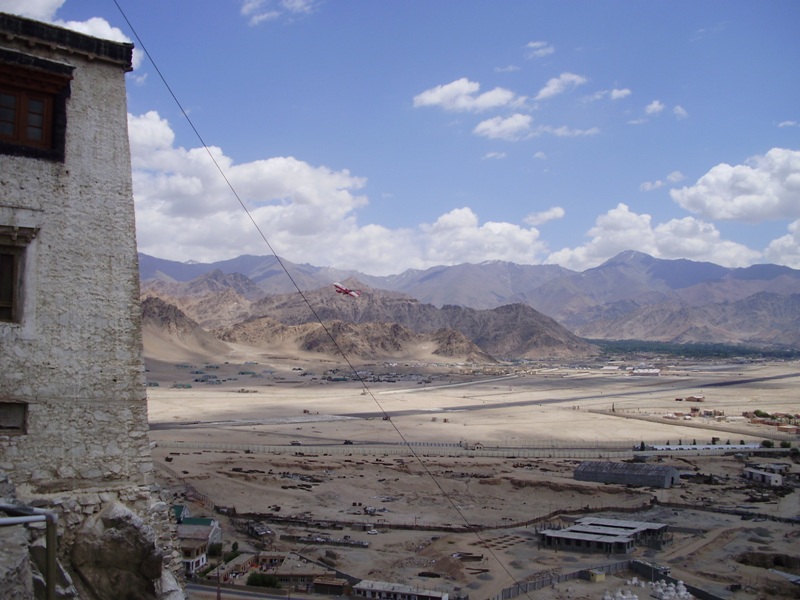 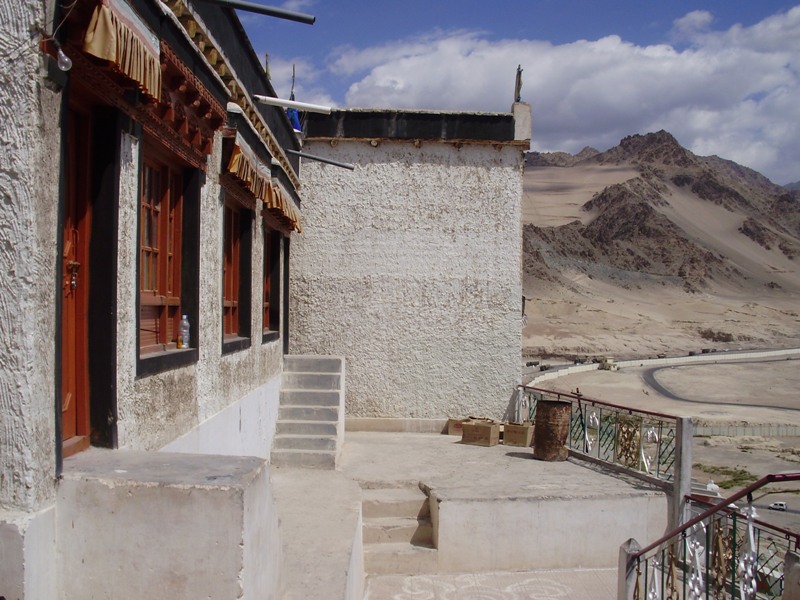 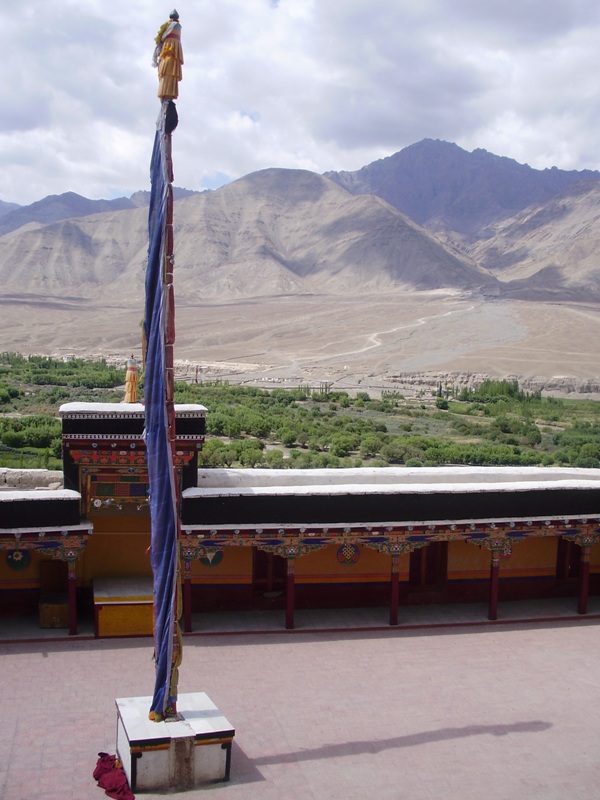 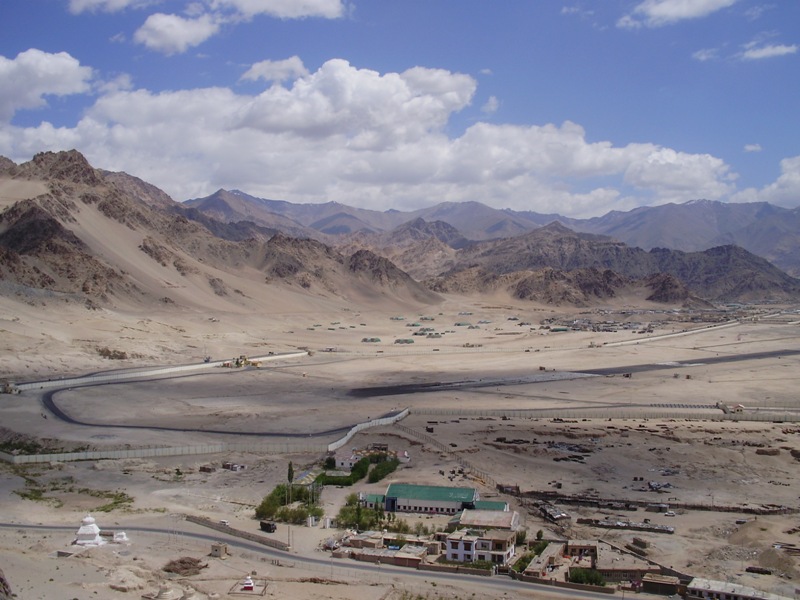 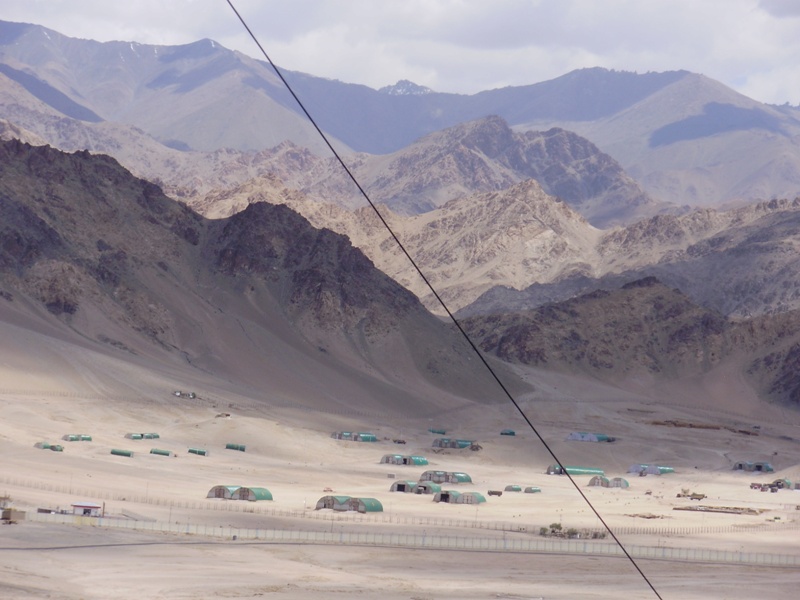 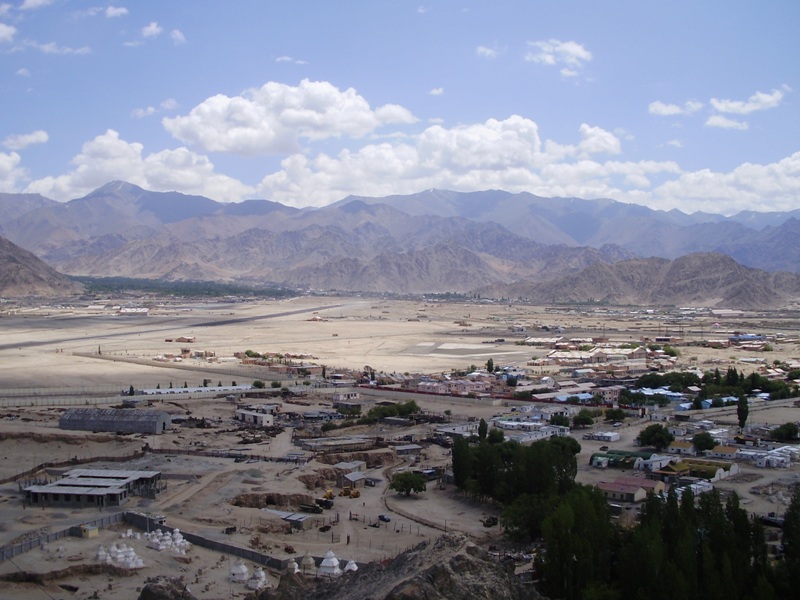 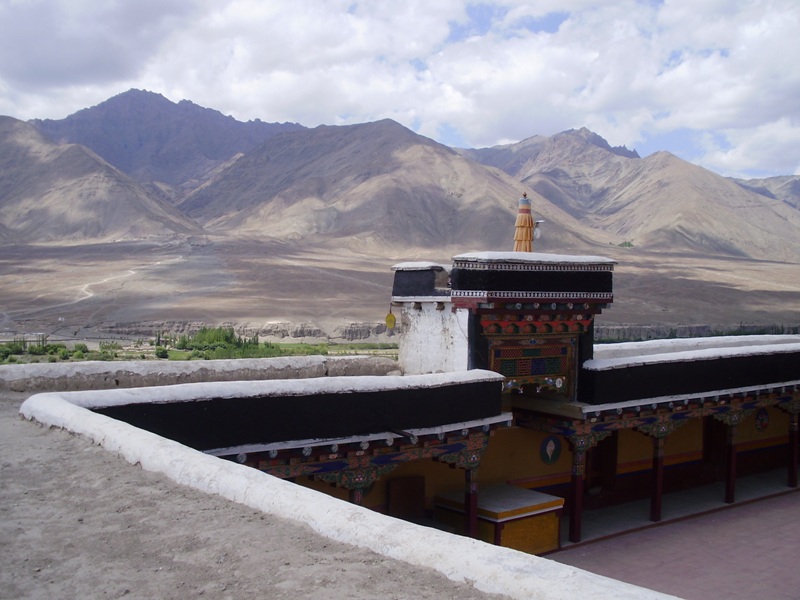 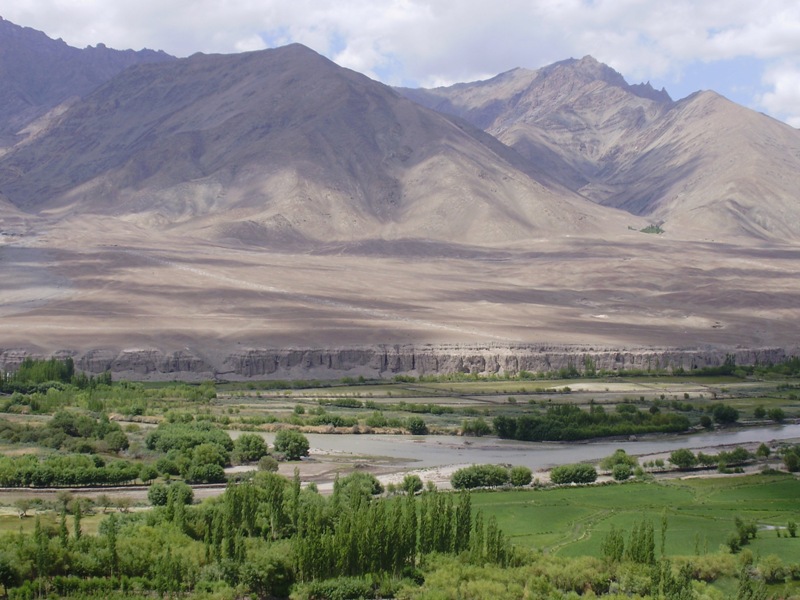 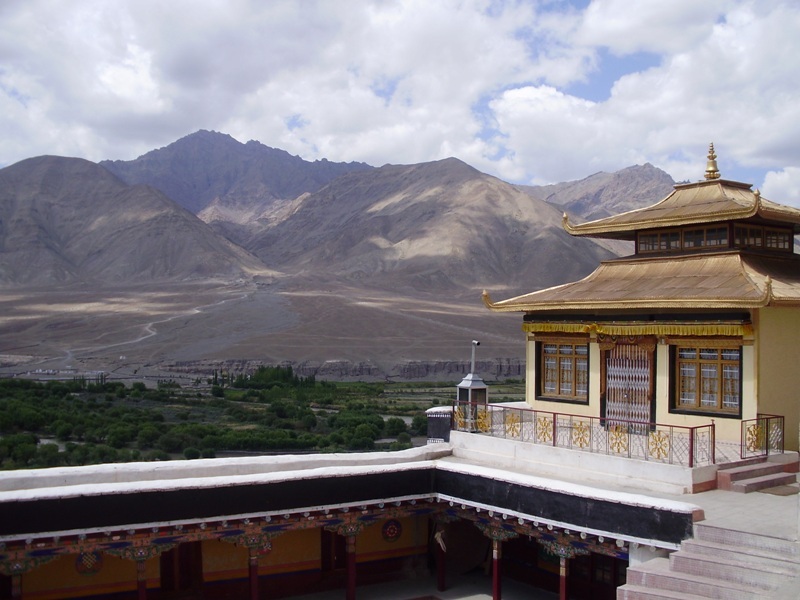 Spituk Monastery is a Buddhist monastery in Ladakh. Monastery is located only 8 kilometres from Leh. The site of Spituk was blessed by the Arhat Nyimagung. It was founded by Od-de, the elder brother of Lha Lama Changchub Od when he came to Maryul in the 11th Century. He introduced the monastic community. When Lotsewa Rinchen Zangpo, translator, came to that place he said that an exemplary religious community would arise there and so the monastery was called spituk (exemplary). Now the monastery has around 100 monks and a giant statue of Kali, which is unveiled during the annual Spituk festival. 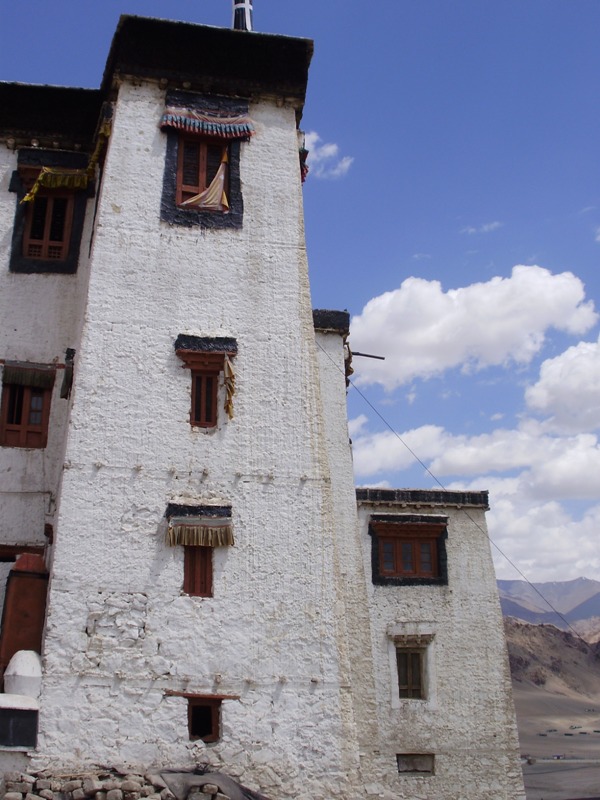 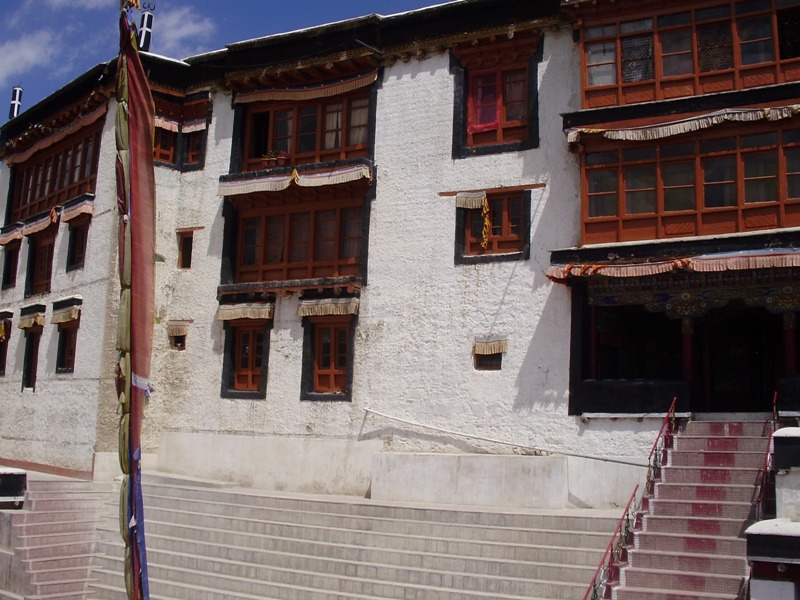 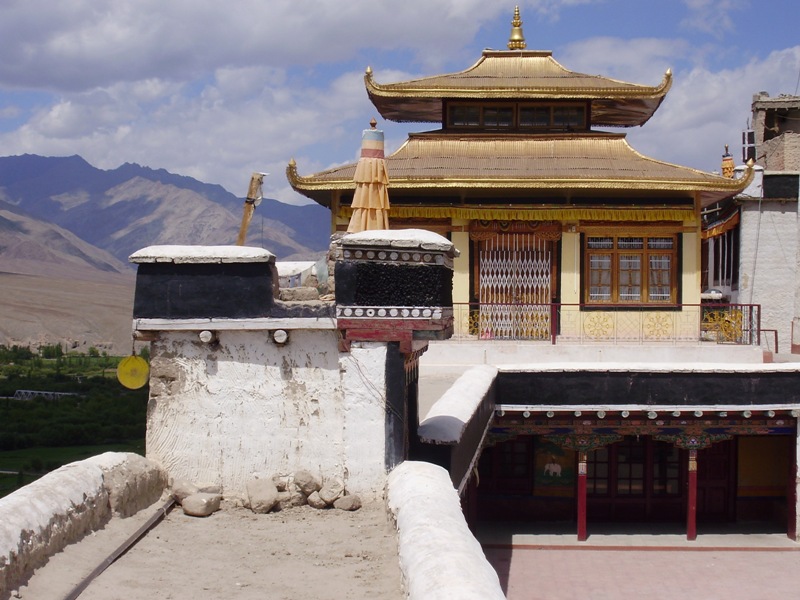 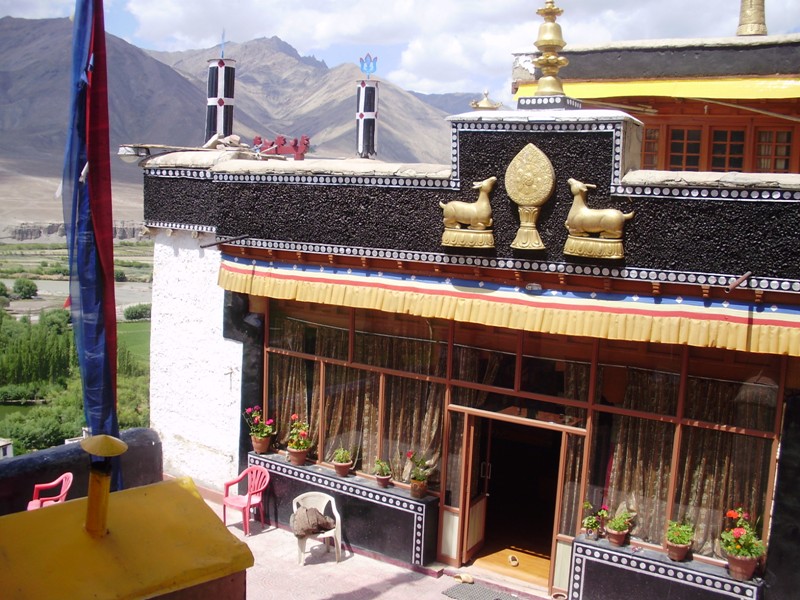 After a tour of the exterior of the monastery we went inside. We took the pieces of fabric that we brought to lama. But the highlight of the day was when we got to one room. It was huge and dark place. I could see only silhouettes of people. Then I recognized that those people are monks. They were sitting in the circle and work on something. When I came closer I couldn’t believe my eyes. They were working on sand mandalas. They were very friendly and invited me to come closer. I stayed with them watching their diligent work almost one hour. 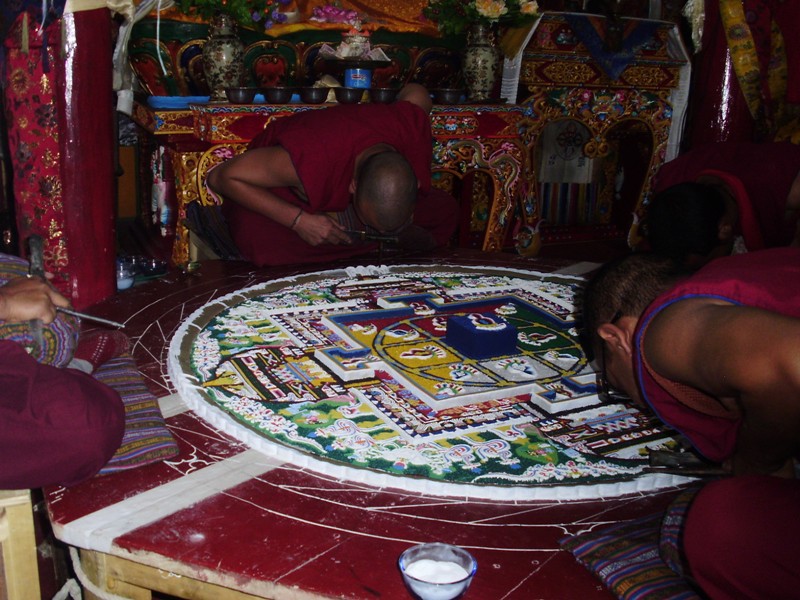 Then we went into the village Spituk. From the villagers faces was visible that tourists visit village very rarely. People smiled at me and small children were ashamed. Koltos son wanted to introduce me to his family, so we went to the house of his uncle, brother of Kolto. The house was huge, very nicely furnished with sitting on the ground. Uncle and his wife welcomed us warmly. They offered us tea and traditional Indian food. I felt really good in this place. 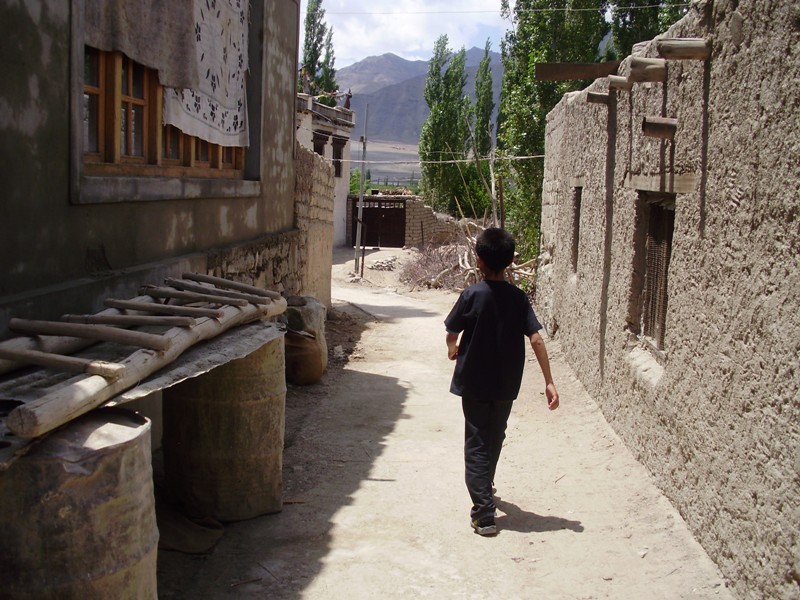 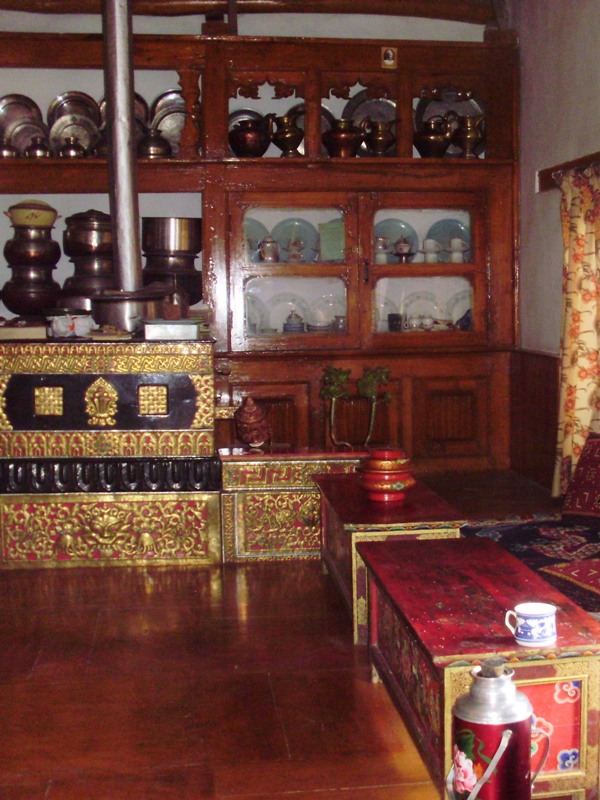 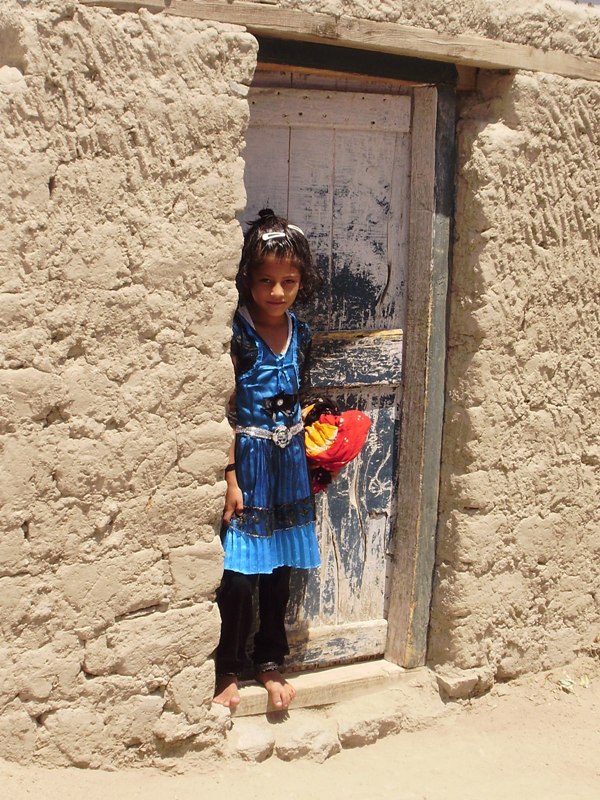 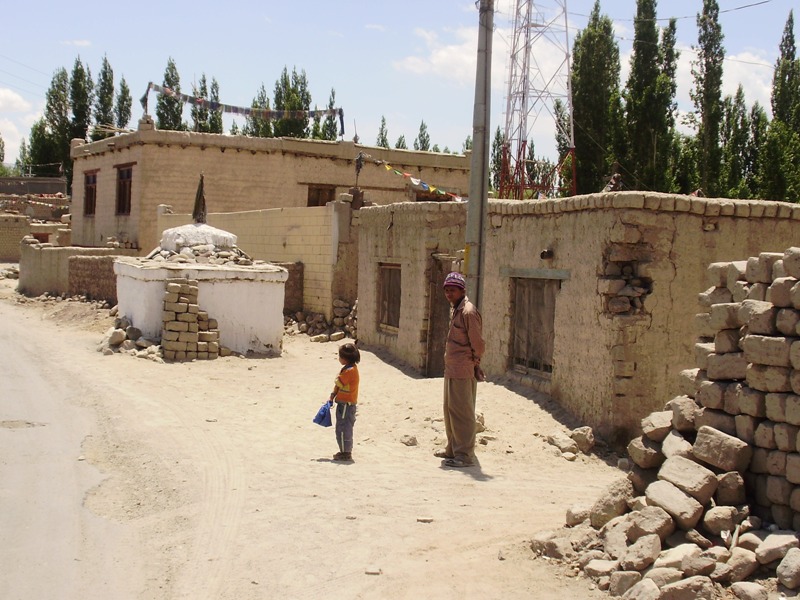 After the visit we went on a road where we caught a bus to Leh. I was a little tired, but this day was one of most enjoyable days I have ever experienced in Ladakh. I think it was due to the fact that I spent the whole day only with local people.