Overnight Camel safari in Pushkar through the desert 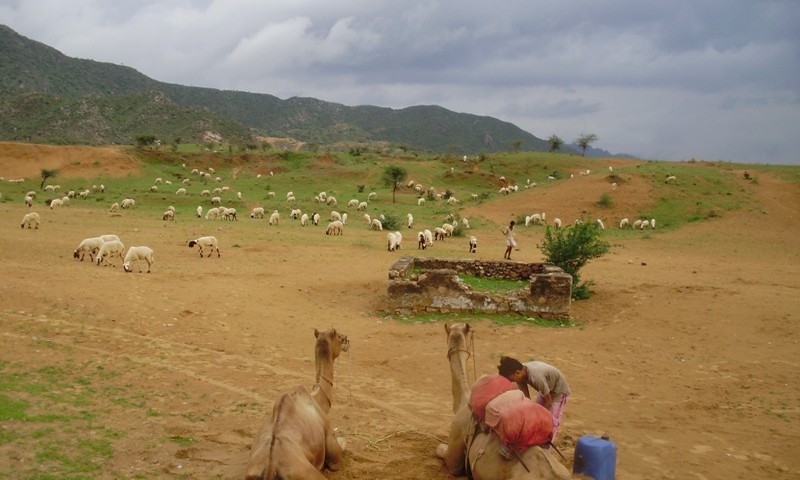 In Pushkar was great opportunity for camel safari because the city lie on the desert and there are many companies which offer different trips to desert. Tourists can choose from short camel safari in Pushkar through the desert that takes only few hours to long several days trip to other cities in Rajastan. We decided to book overnight 2 days camel safari ride.

The next day we came to place of meeting. From the distance we could see our two camels standing on the street. Their names were Rocky and Mister Jonson. I was surprised how huge they were. We met the boy who went with us to the desert. The boy immediately appointed camels to us. Mine was Rocky and my friend got Mister Jonson. He told camels to sit and I jumped to the saddle. It was my first experience with riding a camel so I didn’t know what to expect. Than my camel stood up and the sudden motion nearly threw me off. I whistled typically like a „western woman“and of course it was great performance for bunch of Indians who gathered aside and laughed to me a lot. Yes, it was really fun.

Than we started our camel ride through the city and market. View from camel was amazing, because I could watch the world around me from a great height. We continued out of the city to the desert. We watched women hard worked on the road and real Indian gypsies who were settle down in the desert. They were friendly and swayed us from the distance. We went around the herd of sheep among which was the one black, so I could finally see real black sheep of family. A few hours later heavy monsoon clouds which overlaid the sky. The boy brought us to the place where we supposed to spend night. It was ruin of the house that should protect us againts rain. Otherwise we would spend night on the sand. 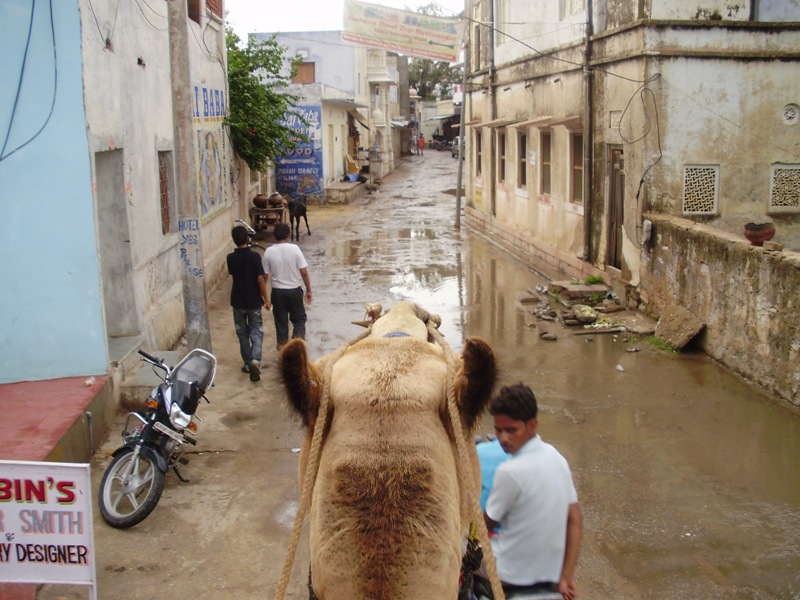 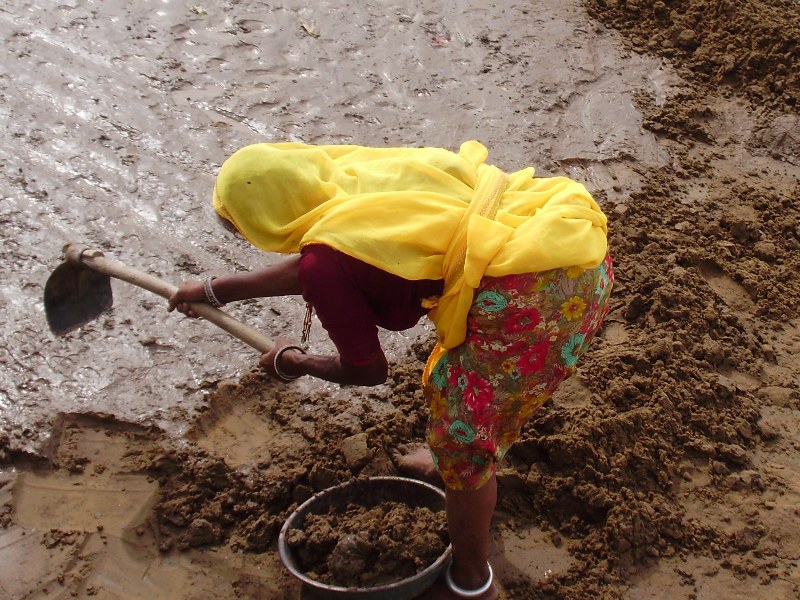 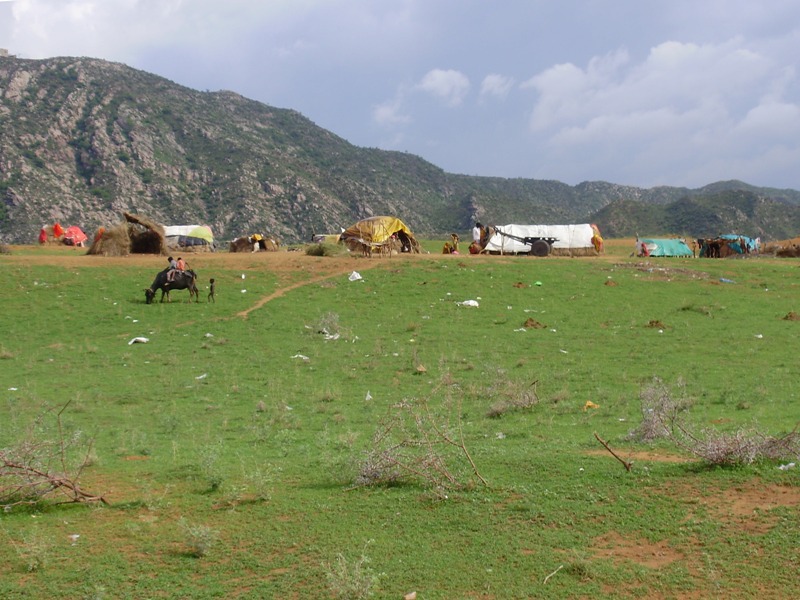 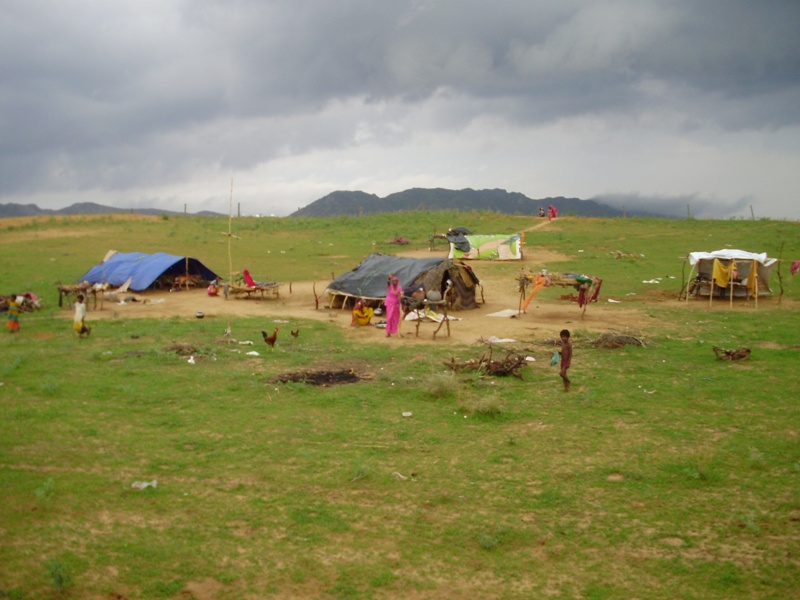 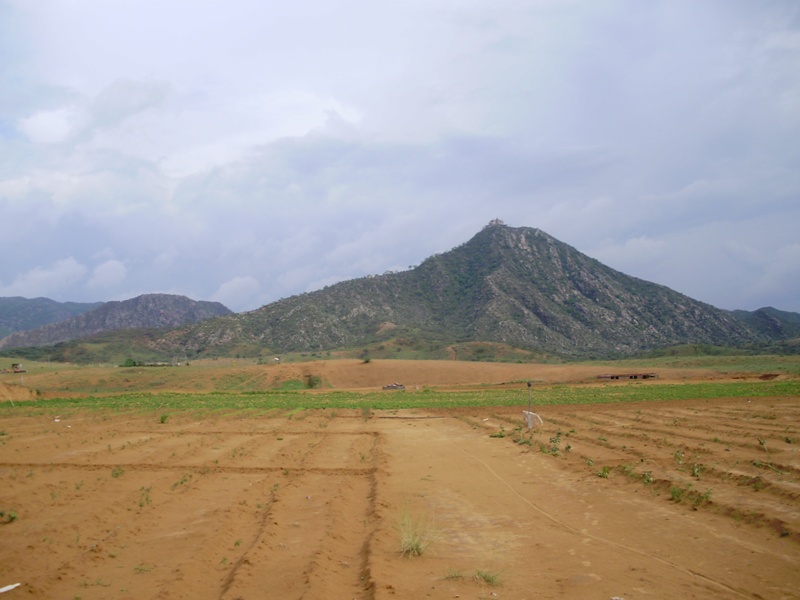 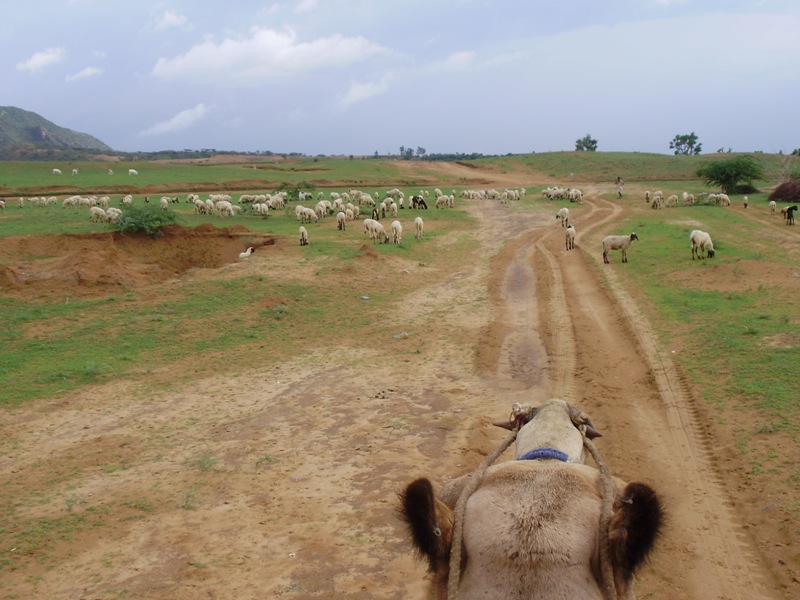 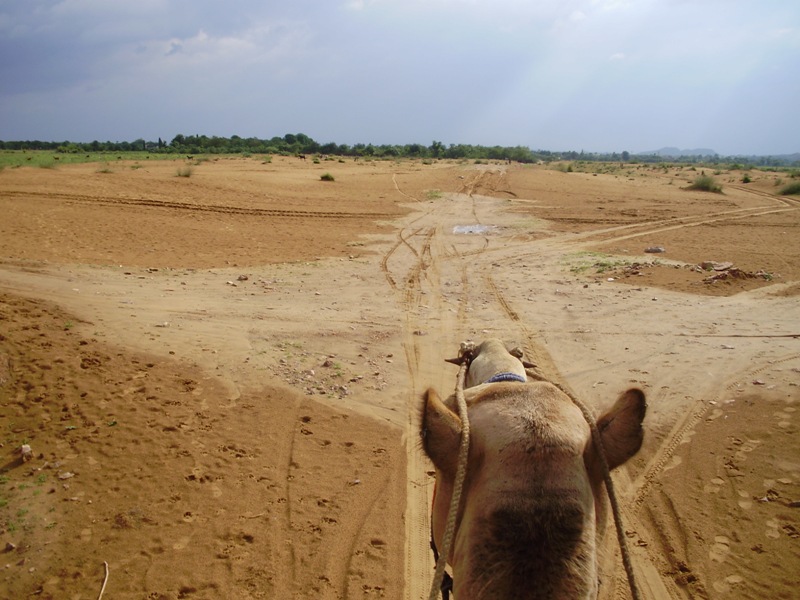 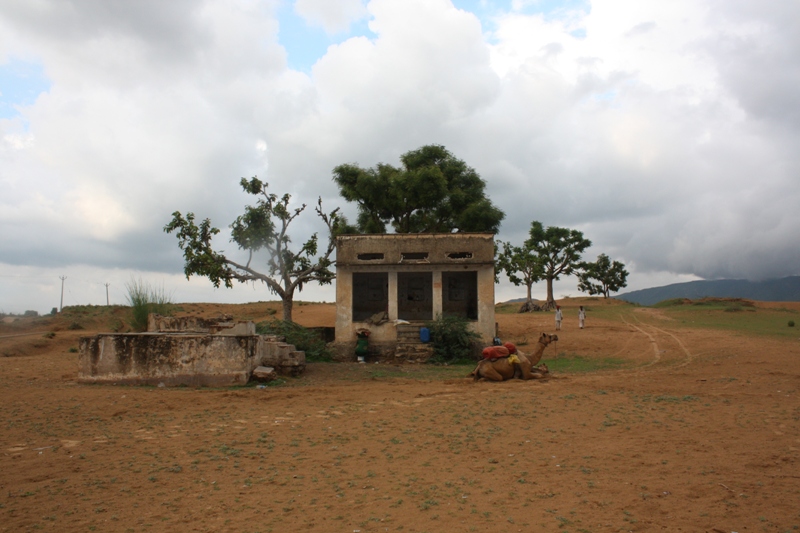 Boy unsaddled the camels and they immediately lied down, hit their tails to abdomen and farted very loudly. I started conversation with our guide. The boy was 18 years old, he worked with camels from the age of 11, and his salary is 1000 INR (17 euros) per month. He gives all the money to his brother to pay school, because schools in Rajastan are expensive and their father wanted at least one son attend to school, so the family try to collect money for him. 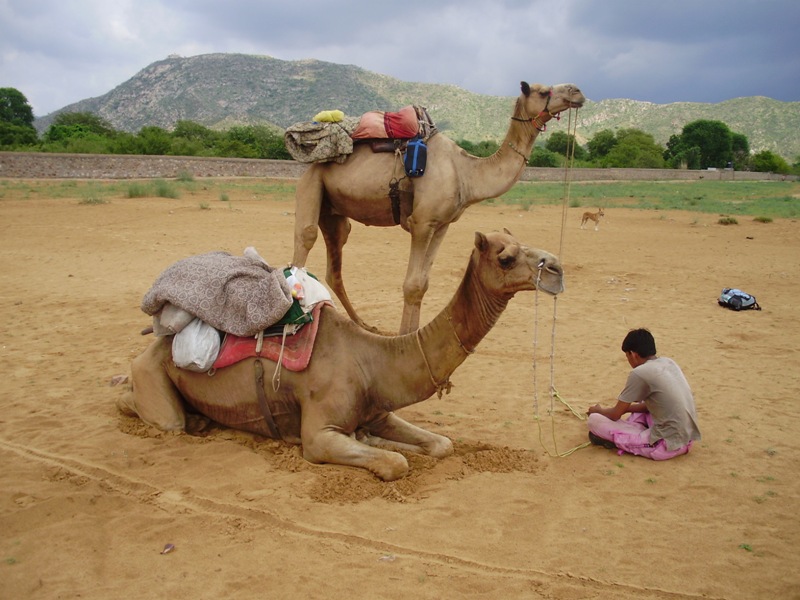 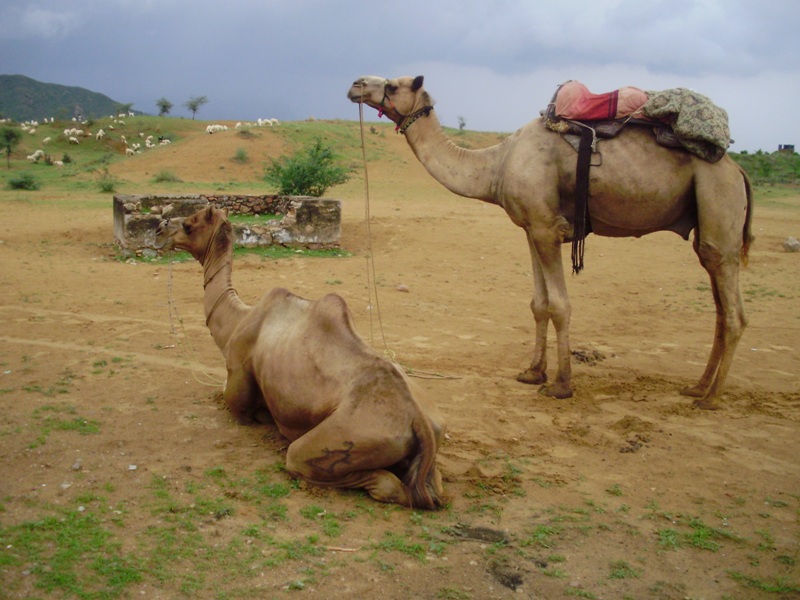 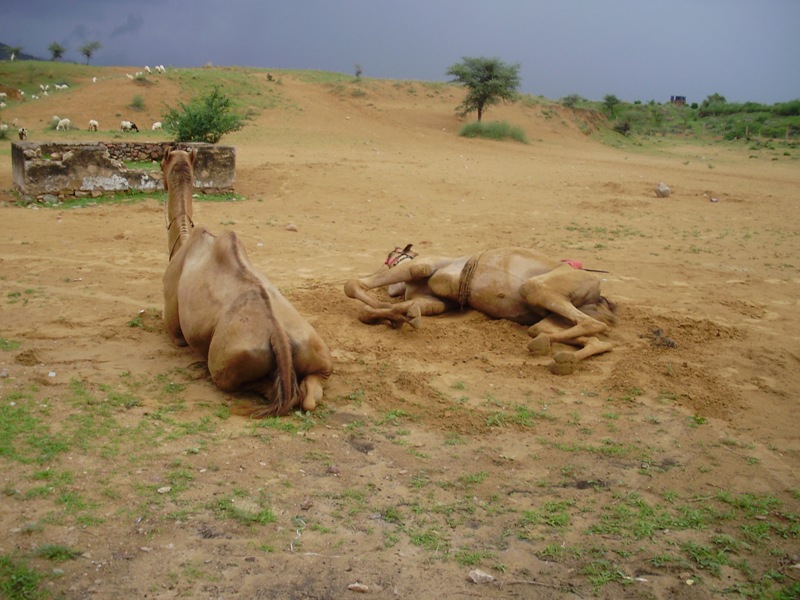 He told me that my camel Rocky is very handsome because he became winner of Pushkar camel fair as the most beautiful camel for two times! There are mostly male camels in Pushkar. Female camels are brought to Pushkar only during Pushkar camel fair. Healthy, young, about three years old camel male costs in India around 15,000 so I decided when I will be big girl, I will bring one to Slovakia

I also noticed that our camels have completely different temperament. Mister Johnson was peaceful nature while my Rocky was choleric who liked me but didn’t like my friend. My friend couldn’t even come closer to him . If he did so Rocky wanted attack him. I didn’t have problem to feed him. 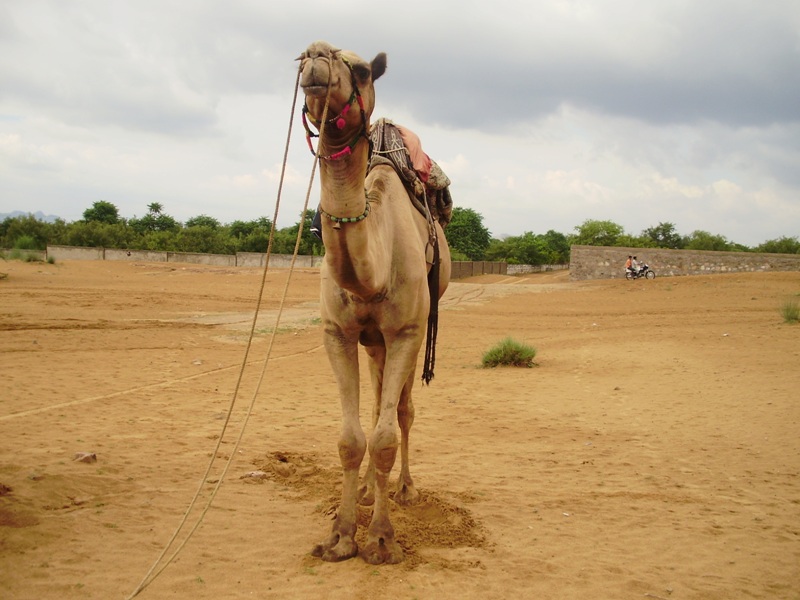 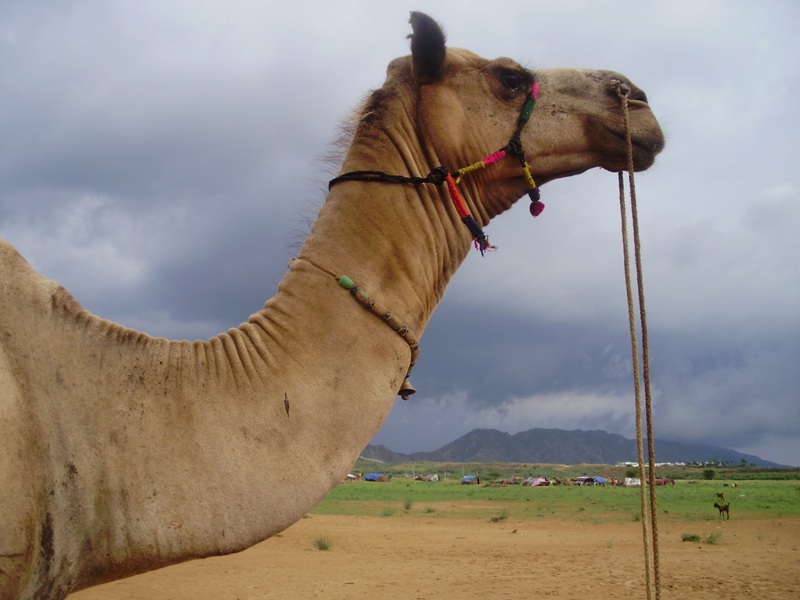 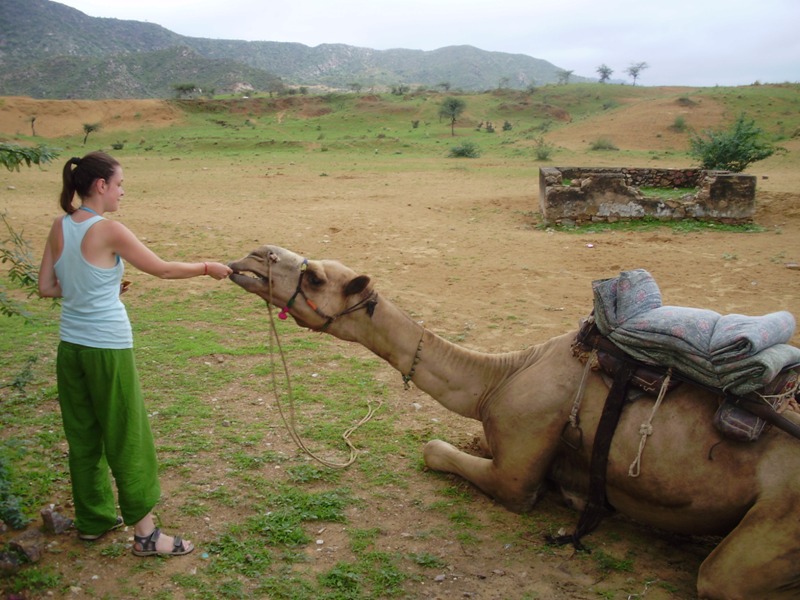 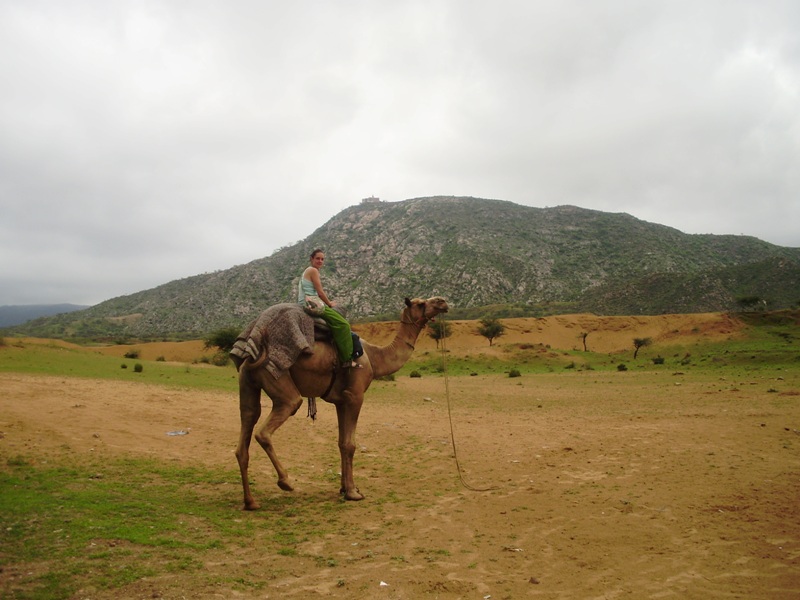 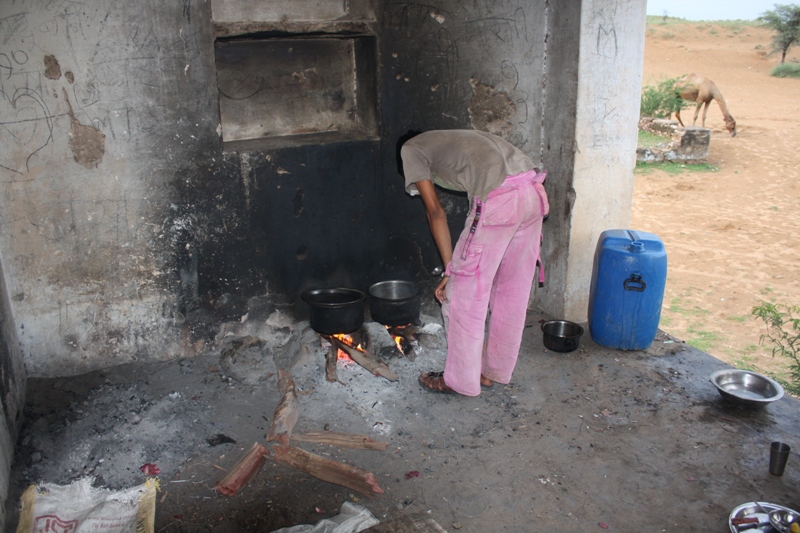 While the boy was preparing dinner for us inside a building, old man dressed in white came literally from nowhere and started talk to us. Another man with instrument joined him and we had nice desert performance. We gave them some rupiah and ate our food. 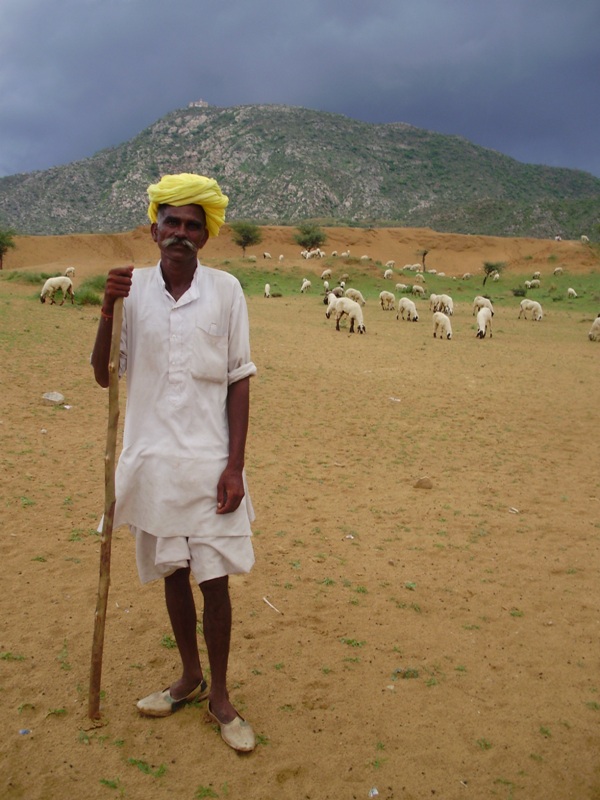 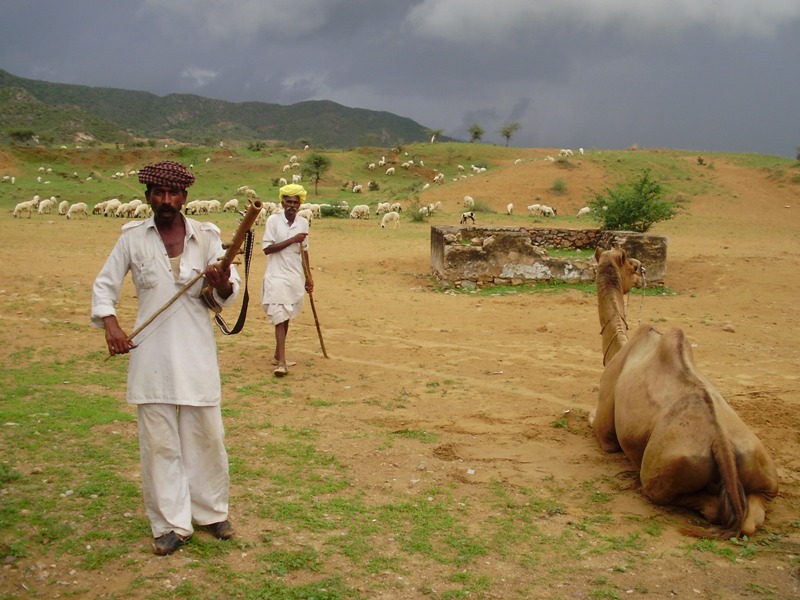 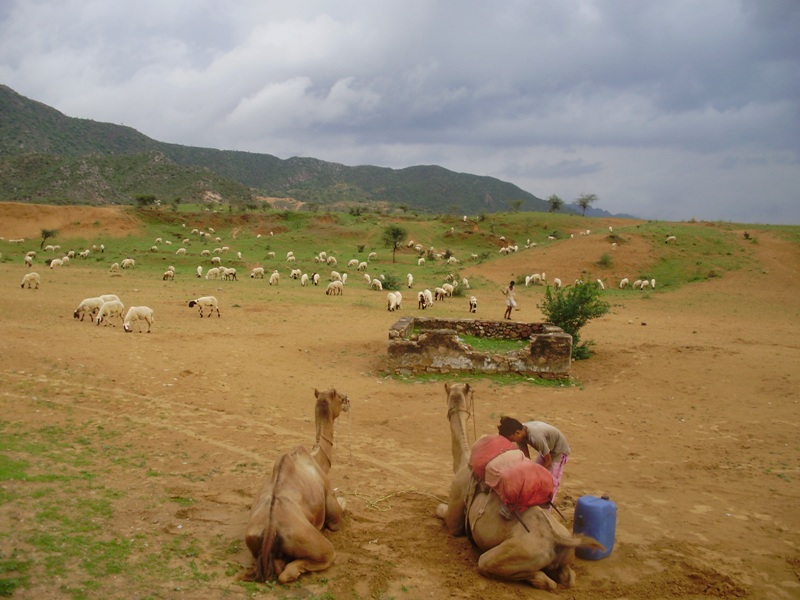 When the night came we watch amazing lightening above the desert and realized that this is the first time in India after one month when we listened nothing. Everything was so quite, that that we felt like in another world.