Tham Lot Cave and Breathtaking Performance of Baths and Births 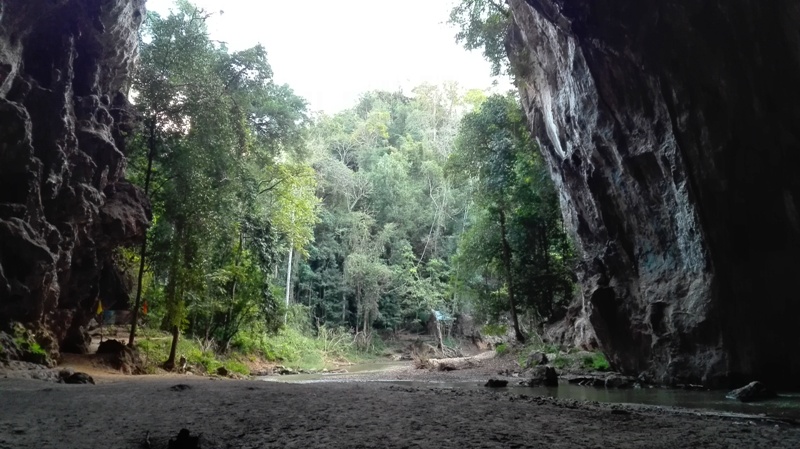 Tham Lot cave is a cave system near Soppong in Mae Hong Son Province in northern Thailand filled with stalactites and stalagmites. Tham Lot features the largest cave opening in south eastern Asia. The length of the cave is 1,666 meters. Through the cave flows Nam Lang River. The cave is also home to large numbers of bats and swifts, which performace one of the best animal prforming I have ever seen. In this cave and other caves in area coffins from teakwood have been discovered.  Those coffins probably have been carved by Lawa tribe people thousands years ago.

There are few options how to get to Tham Lot cave:

1. Hire and motorbike in Pai and drive 60km to Pang Mapha also known as Soppong and visit cave as a one day trip from Pai. The cave is 10 km away from Soppong. I don’t recommend this option because when you are already in a cave, you shouldn’t miss performance of birds and bats that begin before sunset. That means that you will need to drive back to Pai in the dark, which is not safe. Therefore, I recommend one of the following two options.

2. Find accommodation in Soppong where you can get by bus and take a taxi or motor taxi to the cave.

3. Stay right at great accommodation Cave Lodge near the cave. From Cave Lodge to Tham Lot, it is only a 10 minutes walking.

After examining all the options in Soppong area I chose the third option. From Chiang Mai’s Arcade Bus Station, minivans go to Pai and some of them continue to Soppong. One way from Chiang Mai to Soppong costs only 200 bahts. 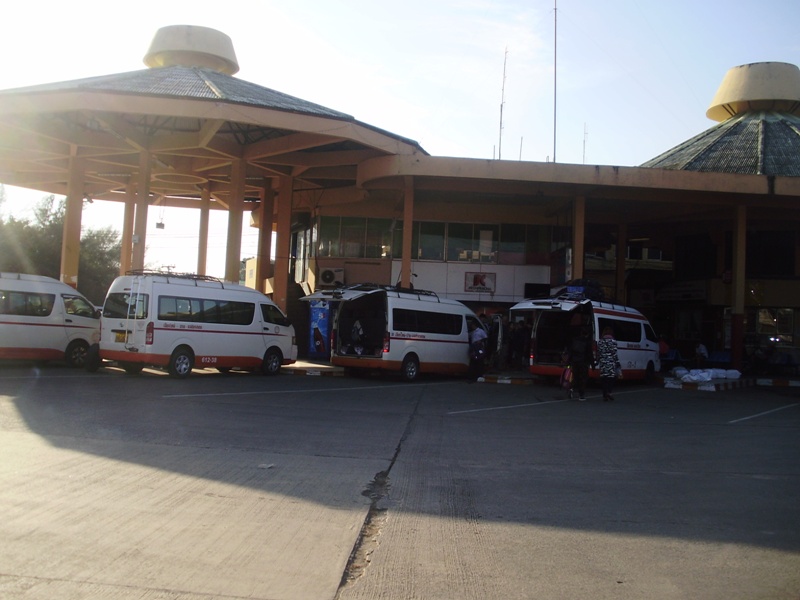 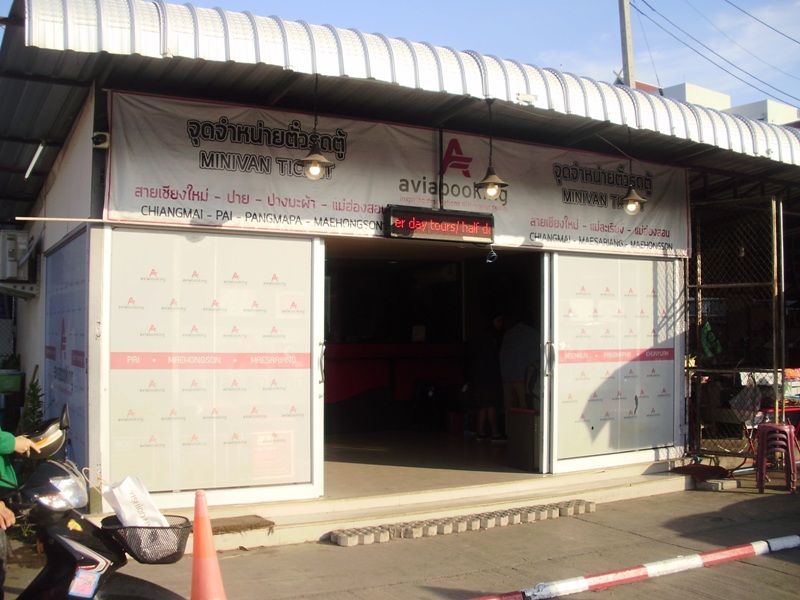 In the small village Soppong right in front of the market are motorbike taxis. It is only a few meters far from the bus stop. Motorbike taxi to Cave Lodge costs 70 bahts. I rest for a while, ate and I met a couple from Russia who wanted to go and see the cave as well. So we were waiting until 4.30 pm, when it is the best time to visit this cave.

We walk down to the cave and take a guide for 150 and 300 per bamboo raft. So we paid 150 baths each. We began cave tour in cave opening, which is few minutes far from the entrance. We could immediately smell guano even outside the cave. 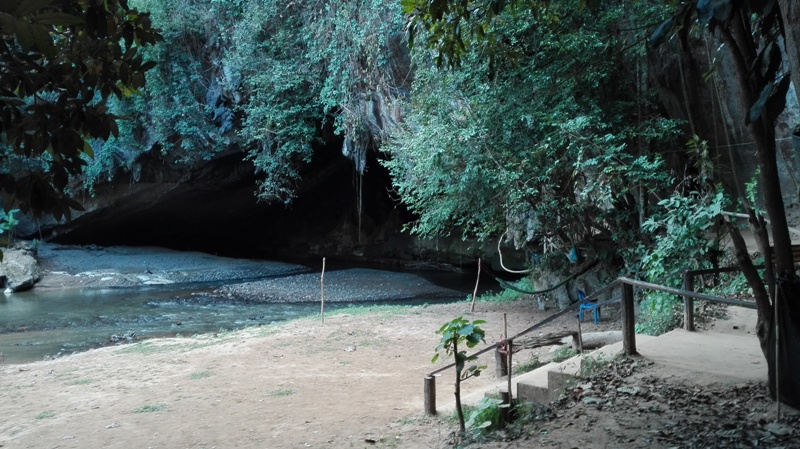 Our guide wasn’t the best because he barely spoke any English and offers almost no interactions. He had a small lantern and that was the only light. But we saw many stalactites and stalagmites. It is hugely impressive set of 3 caves. We even saw very old painting on the wall. Unfortunately this painting is a mere shadow thanks to all visitors rubbing it. 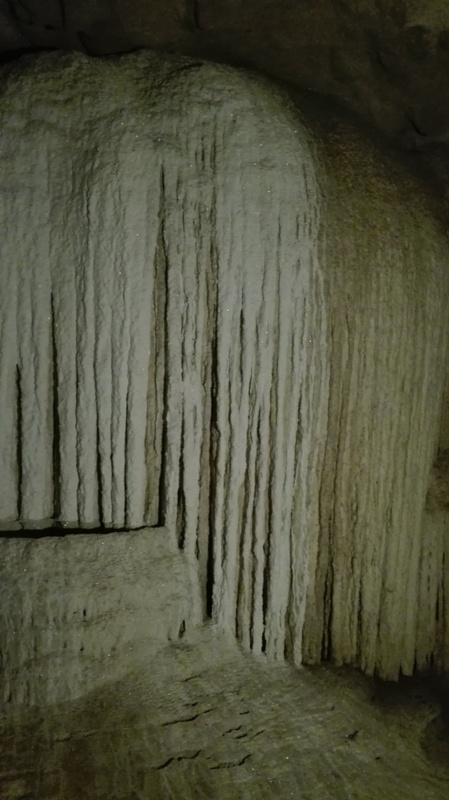 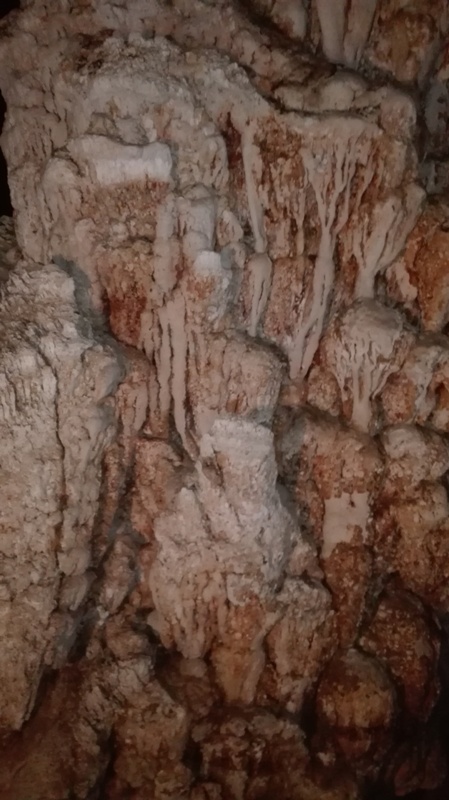 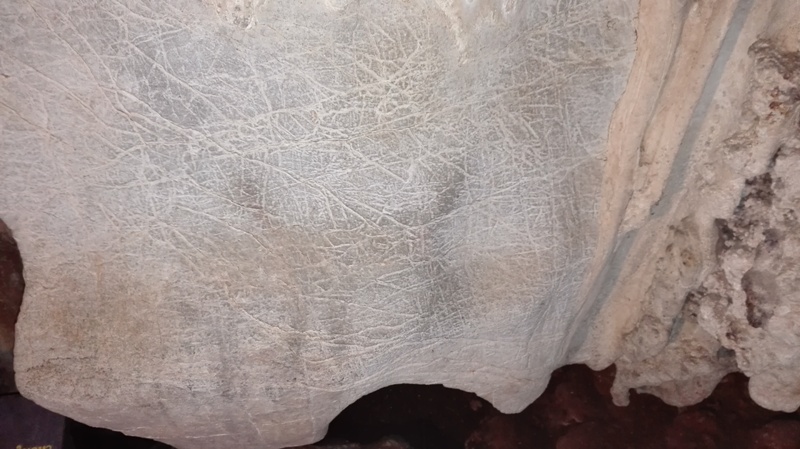 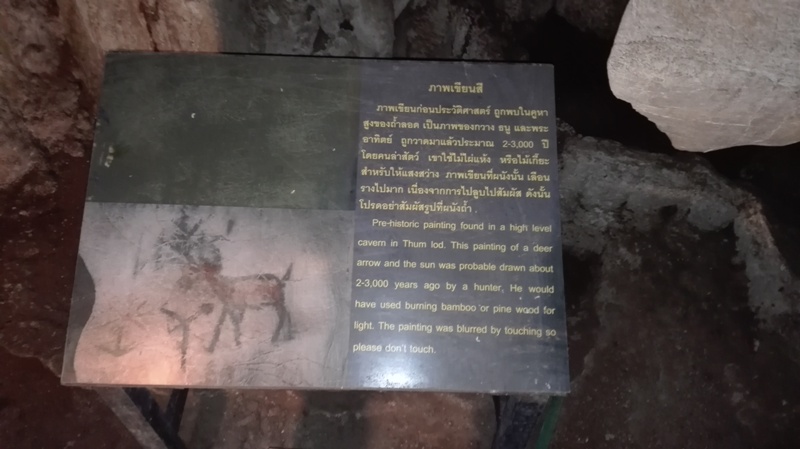 The second part was bamboo raft ride through black darkness with big fishes below and hanging bats above. The raft is piloted by a male who pushes you through the water. At the exit in cave opening we told our guide we will stay until sunset so he can leave us. He showed us path to follow to the parking lot. If you don’t want to go inside the cave and want to see baths and birds just walk outside to the exit. It is about 10-12 minutes. Bring a flashlight for the walk back! In front of the exit is small platform from where you can watch or you can stay near exit. 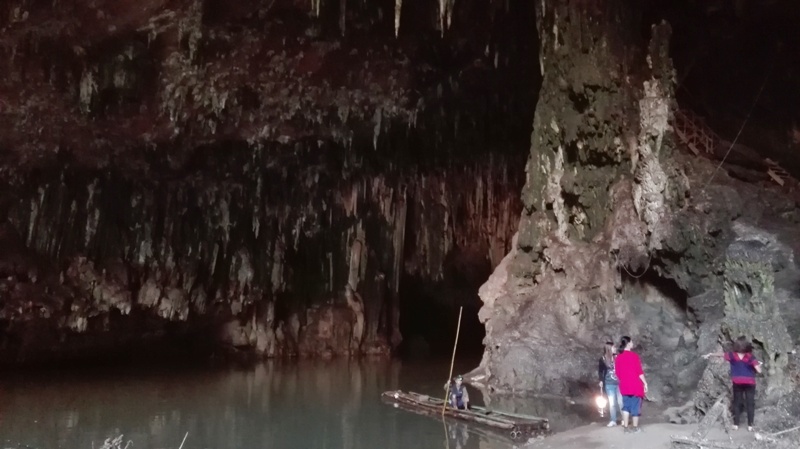 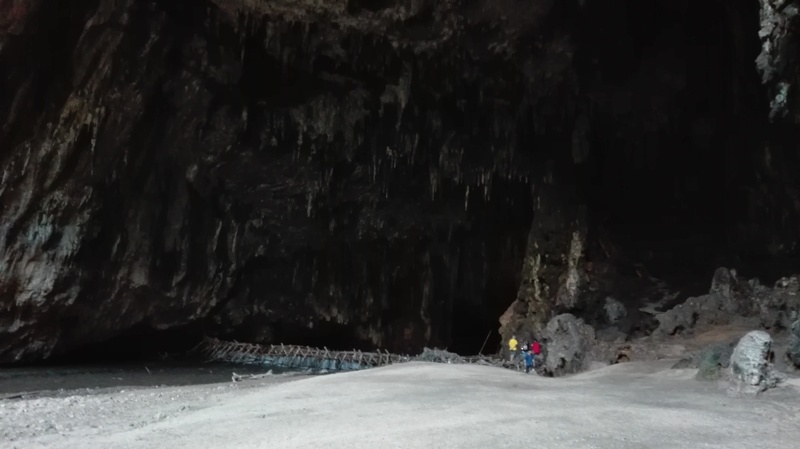 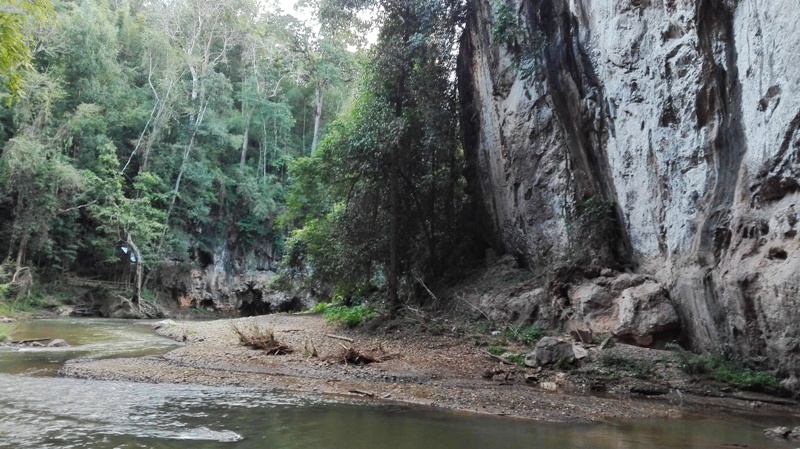 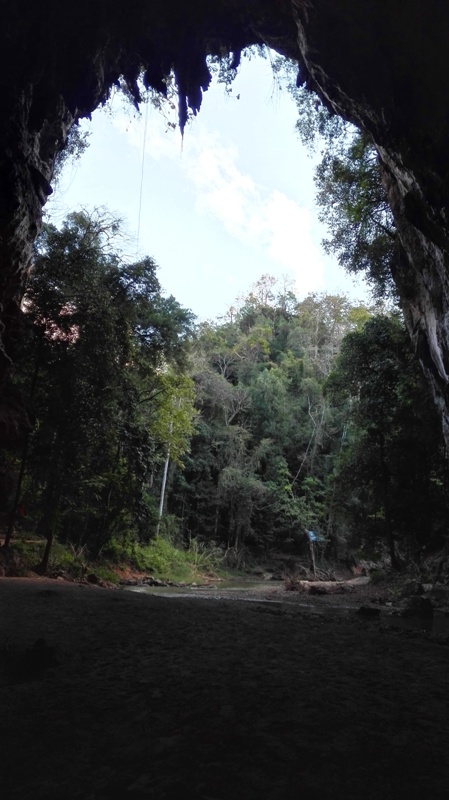 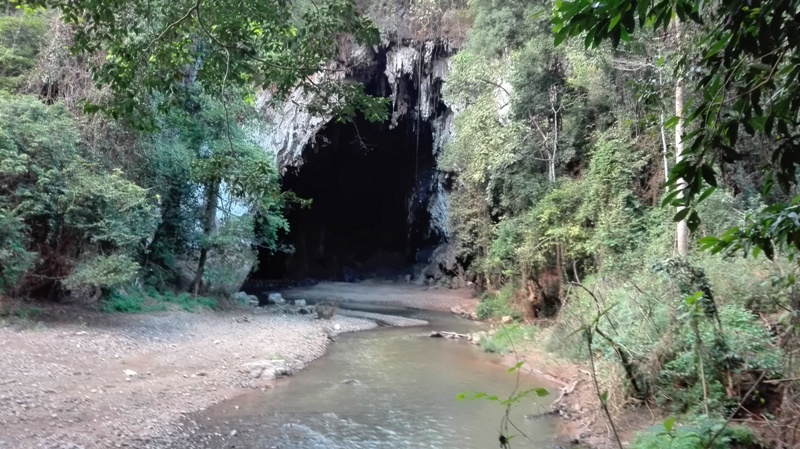 We waited. It started maybe 30 minutes before sunset. Firstly we saw only few bats and birds and in few minutes it was hundred thousands of swifts returning to the cave, followed by equal numbers of bats exiting for the night. It was one of the most spectacular views of animals I have ever seen! Their hypnotic sounds, sunset, huge cave opening, somewhere in the middle of nowhere. Just amazing experience! 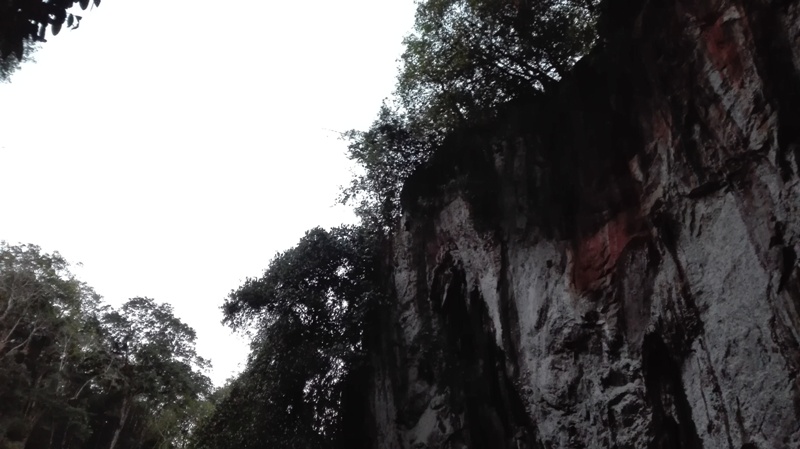 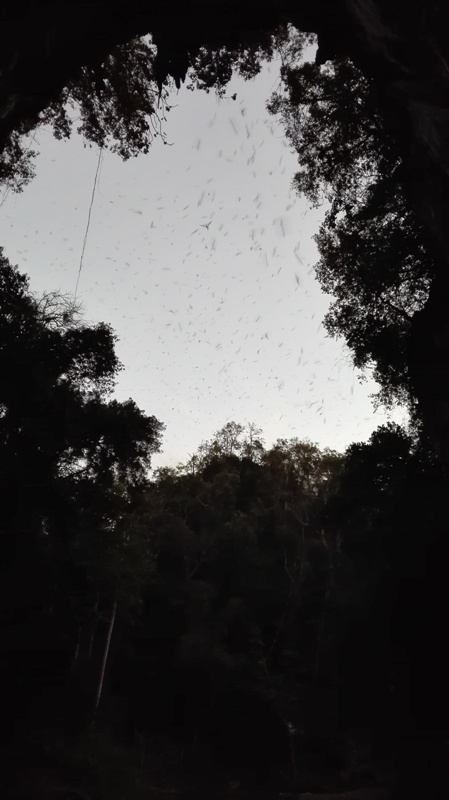 Tham Lot cave is a nice place to visit. I have been in several caves, but I have never seen anything like this. It is world unique birds and baths performance.