What happened in Cambodian genocide? 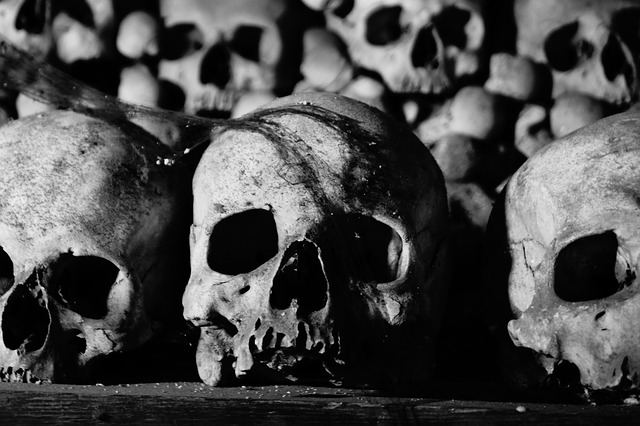 Cambodian genocide was one of the worst human tragedies of the last century in which approximately 1.7 million people lost their lives.

In 1953 Cambodia gained its independence from France and as the Vietnam War progressed, Cambodia’s new elected Prime Minister Sihanouk adopted an official policy of neutrality. That time population of Cambodia was over 7 000 000. Sihanouk was ousted in 1970 by a military coup led by his own Cambodian General Lon Nol. Lon Nol became president of the new “Khmer Republic.”

The Khmer Rouge was fanatical communist group which wanted to establish the most advanced and purist form of communism in the world – in accordance with the Chinese Communist agricultural model. The group and its main leader Pol Pot have become a short-hand for systematic cruelty and horror on an enormous scale. They attempted to create a “master race” and claimed it was the “purification of the populace”.

They tried to create a society without competition and money, in which people work for the common good. All intellectuals and educated people were considered as an opposition and they had to be eliminated. Genocide started. 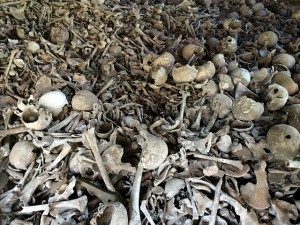 Major cities in Cambodia were depopulated. The people were told that the evacuation is due to the threat of American bombing and it will take a few days, so people did not take their personal staff. The soldiers looted and destroyed homes. Roads were full of corpses. Who was weak, was shot. Then people were divided into job classes, so families were divided.

They wanted to completely abolish the institution of the family. It was the heaviest attack on the family in the history of mankind. If someone admits he or she lacks children or parents, was usually punishable by death. Children should be the basis for a new society. They worked as executioners, soldiers, spies, they digging canals. As well as the adults, children had to work hard 10-14 hours a day, since the age of 5. They were given one bowl of rice soup, so most of them were malnourished.

All civil and political rights were revoked. Religions were banned, they killed Buddhist monks, Christians and Muslims, and almost all the temples were destroyed. People were shot because they knew a foreign language, wearing glasses, laughing or crying. Factories, schools, universities and hospitals were closed. They killed lawyers, doctors, teachers, engineers, scientists and professionals with their families. Firstly, they were arrested, interrogated and tortured. They had to admit working with the CIA or working against regime. They had to report at least 10 other people that were also against the regime.

Those who survived torture were taken away on a truck to the Killing Fields. They pledged their eyes, brought them to the edge of the pit and killed them. They were often hit over the head with clubs in a bid to save bullets. Babies caught by the legs and palpitating them on the tree. Analysis of 20,000 mass grave sites indicates at least 1,386,734 victims of execution. Another died due to hunger, exhaustion and diseases. The reality is almost impossible to imagine. Between 1975 and 1979 around 1.7 million – 2 million Cambodians have lost their lives. Altogether, it was around 21% of the population.For such a small country that created an effect that lasts to this day. 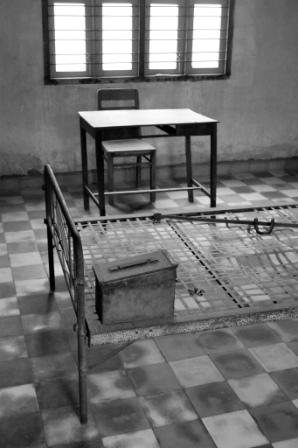 In 1978 Vietnam attacked Cambodia and overthrew the Khmer Rouge. Renewal of Cambodia was very difficult, because Pol Pot ruined economy and educated people were killed. Today, Cambodia’s main industries are fabrics and tourism. However corruption remains a serious issue in Cambodian politics after cambodian genocide. International aid from the U.S. and other countries is often embezzled by bureaucrats into their private accounts.

Now tourists coming to the former old school Tuol Sleng museum converted by the Khmer Rouge into a Security Prison 21. Museum is one of the most popular sights in capital of Cambodia – Phnom Penh. An estimated 17,000 people were imprisoned at here. There are only 12 known survivors. The buildings at Tuol Sleng are preserved as they were left when the Khmer Rouge were driven out with extensive records and photographs. Museum provides students, scholars, journalists and the public access to information, photographs, artifacts and documents relating to the genocide and help prevent future crimes against humanity.

In Phnom Penh you will find many hotels, guest houses and restaurants. You can spend one full day in museum and killing fields to honor and remember the victims and survivors of the Khmer Rouge holocaust.