Whitewater rafting on the Zanskar River – Chilling to Sangam 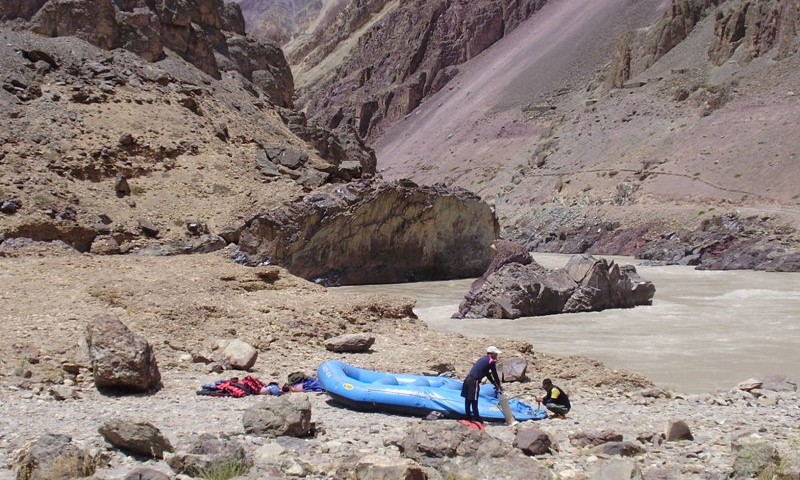 One of the best places for rafting in India is Ladakh. Ladakh offers a wide range of options for rafting on two rivers – rafting on the Zanskar River and Indus River. I have never tried rafting before, but I always wanted to try this adventure. The day before rafting I went with Kolto to his cousin, who arranges river rafting. I said Kolto that I’ve never done it and I wanted to him to recommend some easy route for me. Kolto agreed. We came into the office; Kolto said something to his cousin in the local language. They recommend me one route and said that I will certainly enjoy it because it’s for beginners and it is not difficult. It was a route from Chilling to Sangam. I agreed.

The next morning we had a meeting in front of the office.  Our car came exactly on the time and we picked up other participants in different place of Leh. Then we traveled in two cars to the start point of rafting. 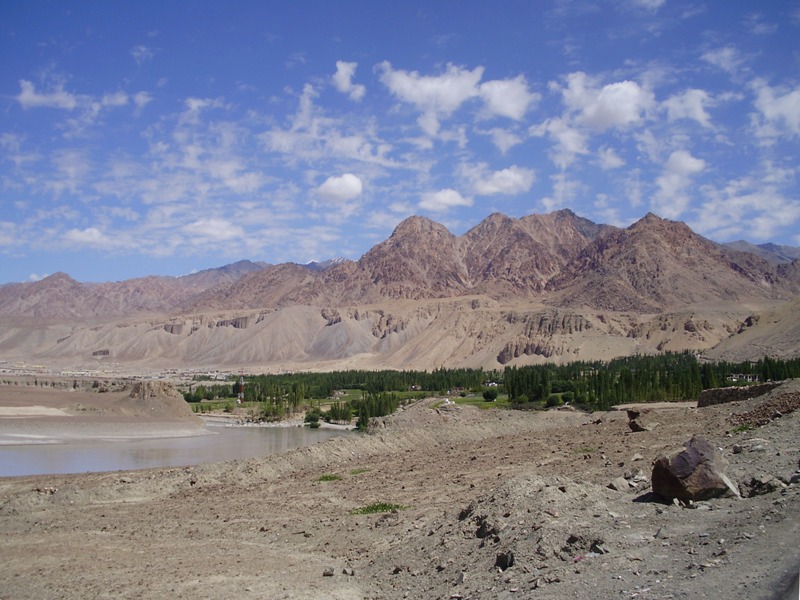 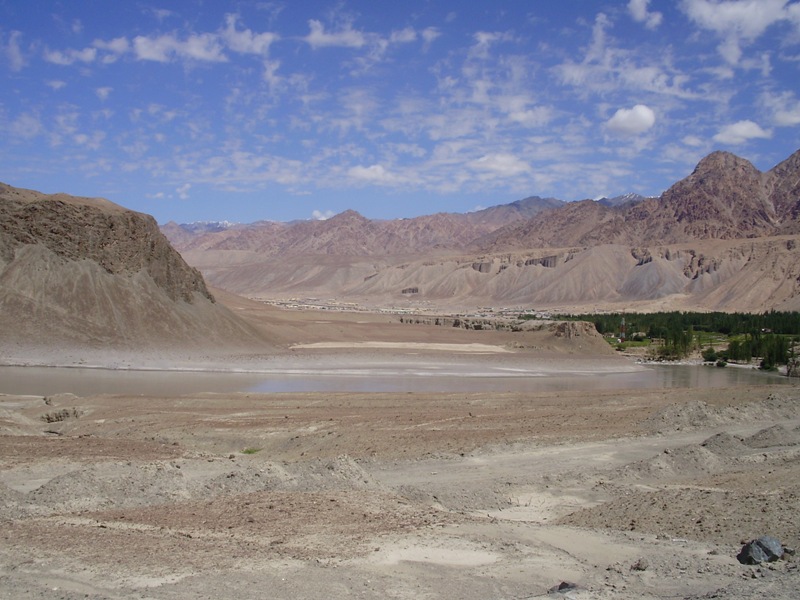 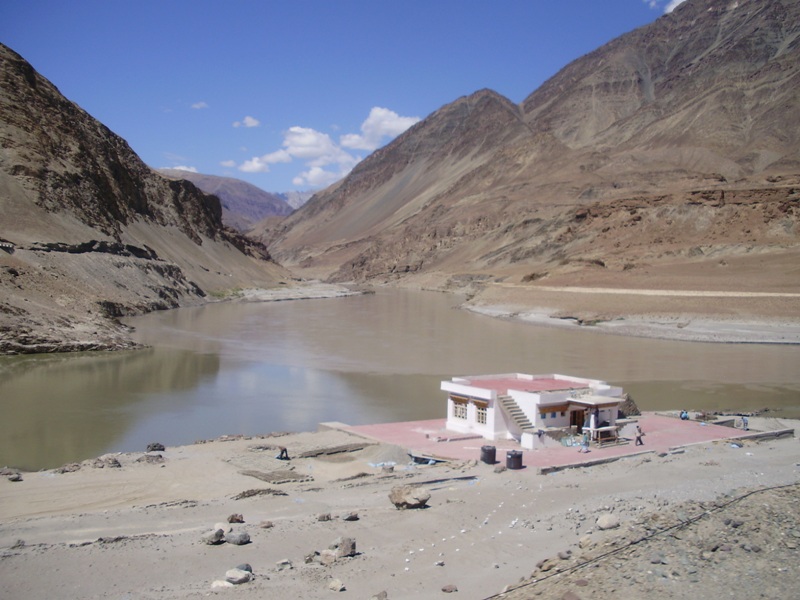 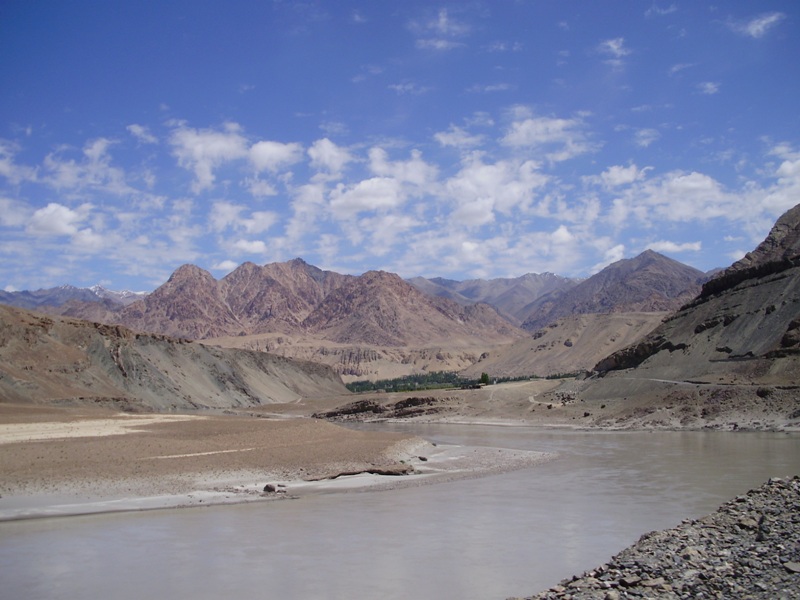 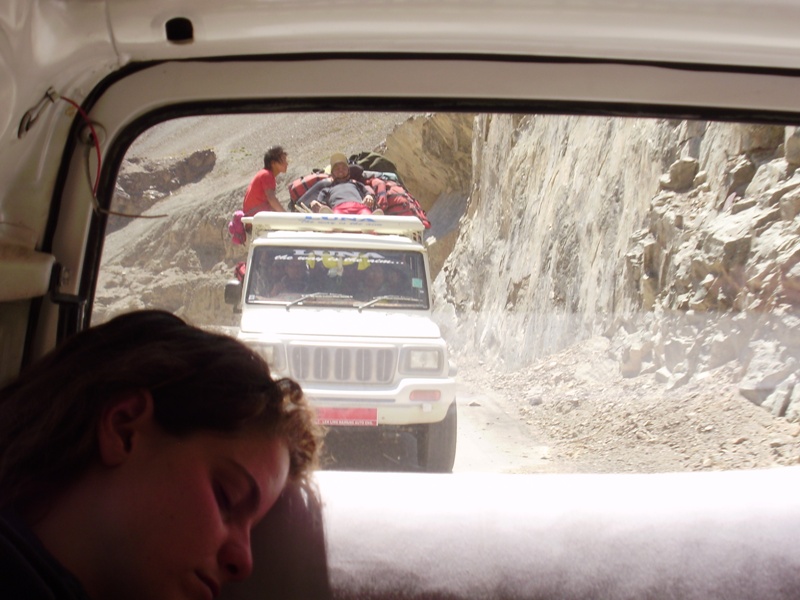 We got out of the car and then I saw water. I did not believe my eyes. The water was rough and there was many boulders. I asked the instructor if I’m right here. He said yes with smile. Ahh, all right. So I asked what level is this. When he answered, I was in shock. 3+! At that moment I imagined that when I will survive and come back to Leh, the first thing is kill Kolto.

Instructors inflated our boats, handed out helmets, life jackets and paddles. Then they gave us a quick course. They teach us how to paddle, what positions we have to have depends on the water condition and so on. And they told us that we have to listen them and do everything according to their instructions because otherwise someone can be injured.

Our team consisted of two ships. In one boat was me with some Europeans, girls from Israel, and a couple from India. In the second boat were only Indians. We waited until other 2 boats will start their journey. 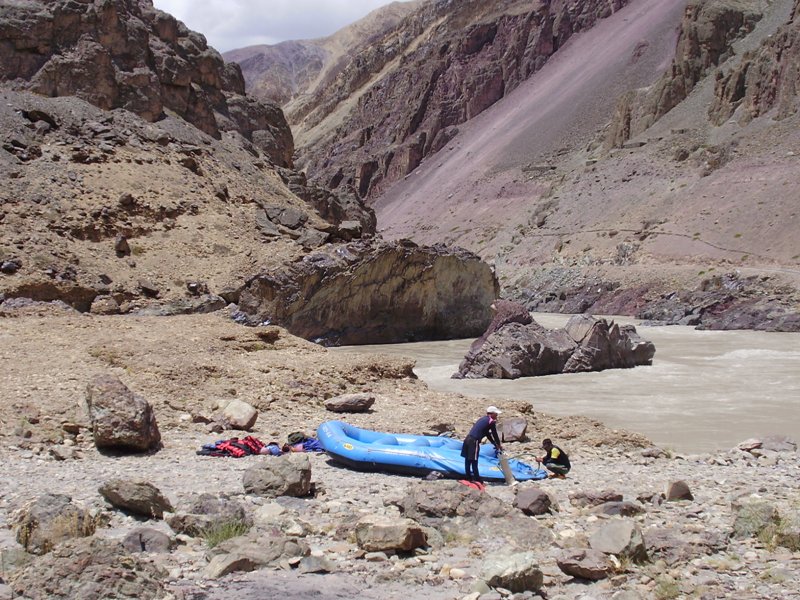 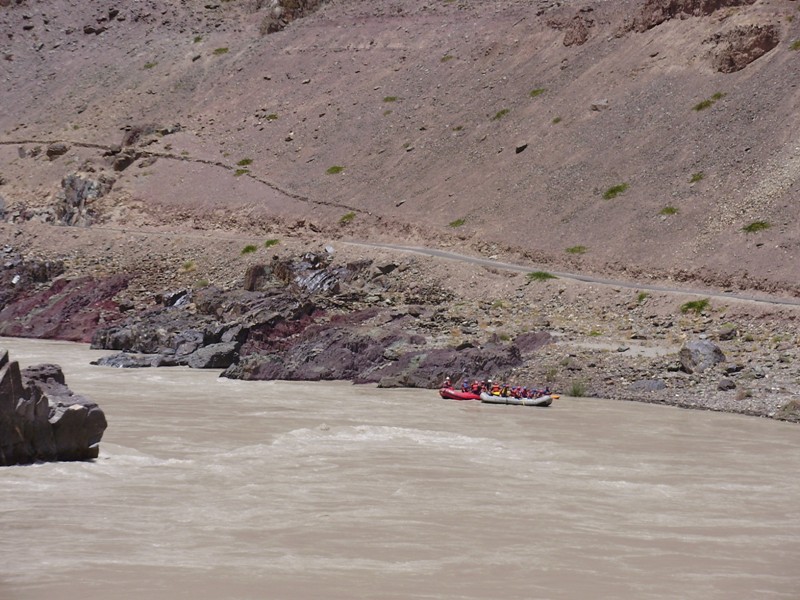 Just before the start I felt like just before the heart attack. We started. The water was calm only the first few seconds of paddling. Then we entered the rapids. And how did it go? Instructor yelled at us to paddle, but all of just screamed. The huge waves rolled one to us after another. The water got into eyes so we had to close them. I don’t know how, but I remained on the boat. But one Indian boy from second boat wasn’t so lucky. Instructors noticed him when rapids weakened. He was already a couple of meters in front of the boats. We paddled as fast as we could to him. His boat got to him first and pulled him. Poor Indian boy, he was in total shock.

Then we continued. Rapids on the route turned, after difficult sections we had time to rest on easier sections. I began to like it me the rest of the way I really enjoyed it. It was a adrenaline. When we got off the boat I felt great. It was a huge relief after mental stress. Instructors packed boats, we made a few pictures on memory and we went for a lunch together. 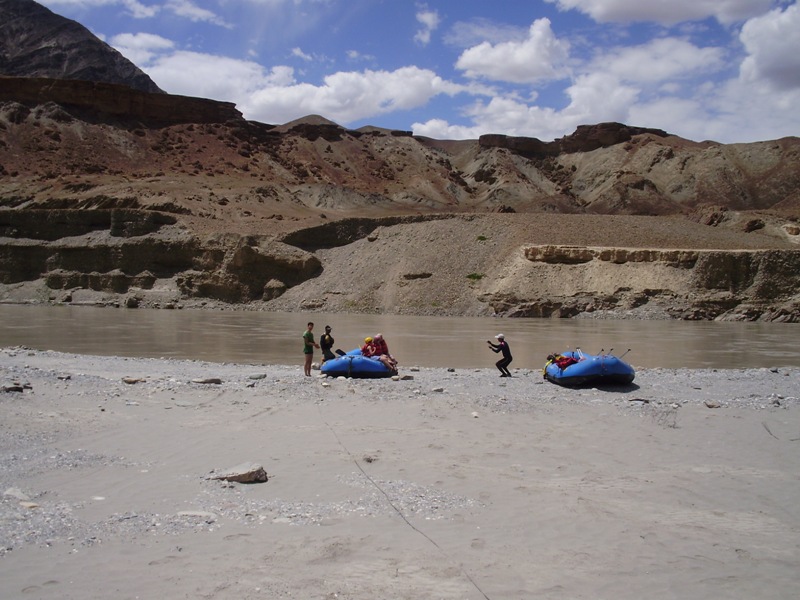 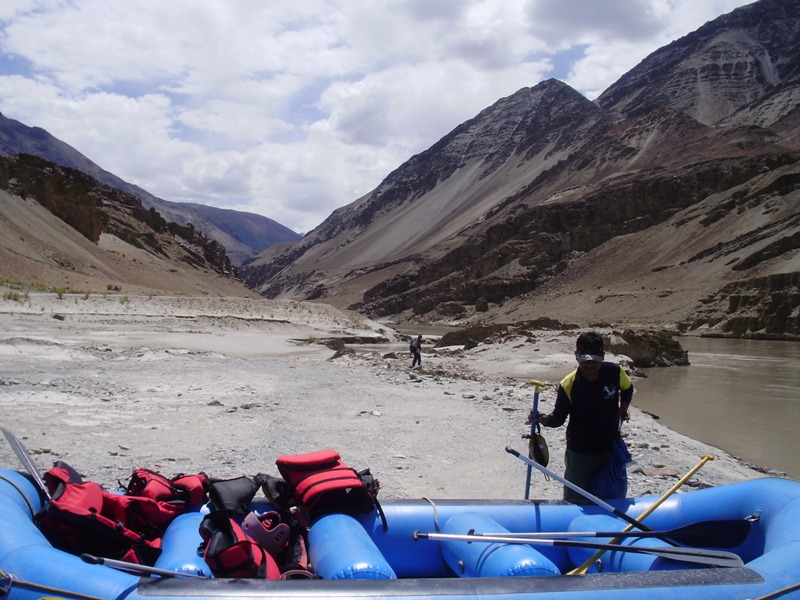 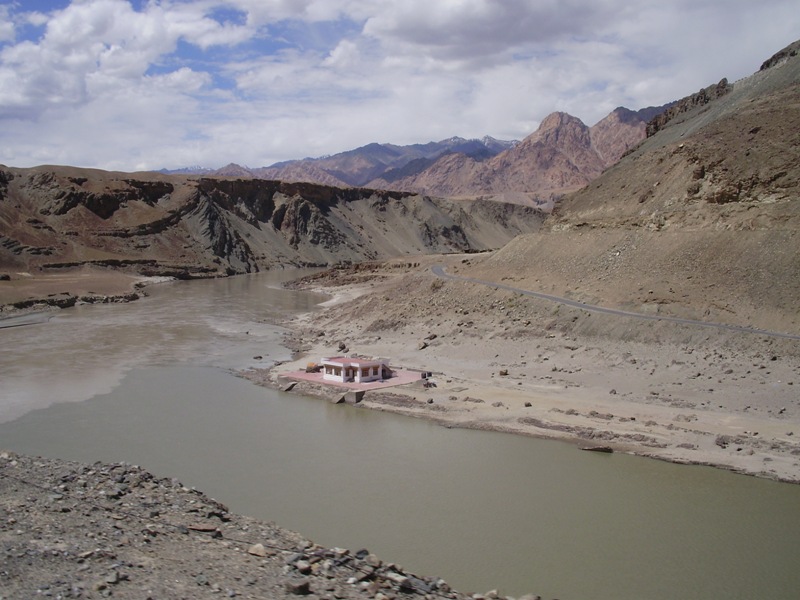 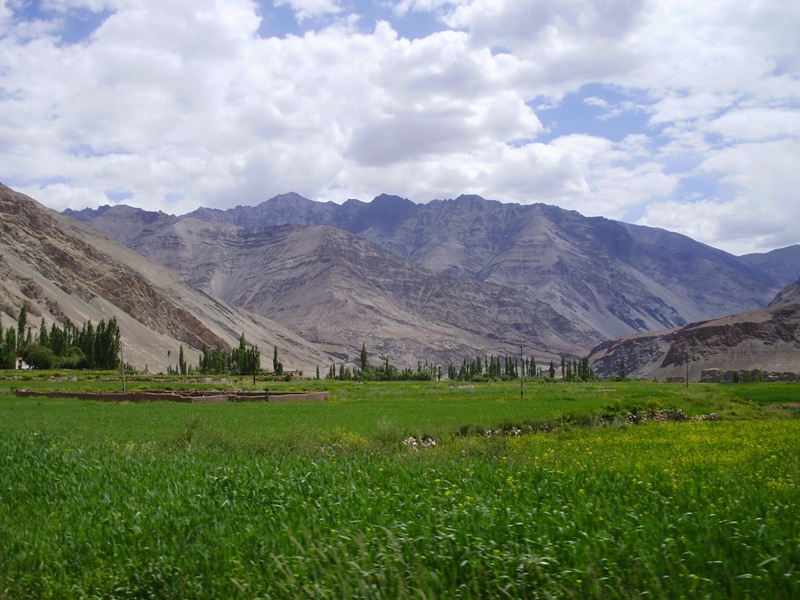 When I arrived in Leh and Kolto saw me, he started to laugh a lot. I was laughing at him as well. „So what Katarina, what was the rafting? “He asked me. I answered him that it was a great adrenaline experience, but he could fool me. He began to laugh even more and he told me.“ You know Katarina, if I told you that it is difficult, would you try it? I am sure that not. Now you have a good feeling that you surpassed yourself, and you wouldn’t experienced this great feeling after easy rafting.“ The worst is that Kolto was right.

Useful tips for rafting in Ladakh

Places for rafting in Ladakh:

This is the list of most popular short term routes for rafting in Ladakh:

The best time for rafting in Ladakh:

Water levels remain high during the month June to late August. It is  the best season for amazing rafting expeditions.

Cost of river rafting in Ladakh:

Prices vary according to the length and difficulty of rafting. The average price is around 1500INR. The price includes rent of the items necessary for rafting like helmet, vest, paddla  etc.,  transportation and lunch. I suggest you to book rafting directly in the Leh in some of tourist officies.