Why NOT to travel to Rishikesh during festival Kanwar Yatra? 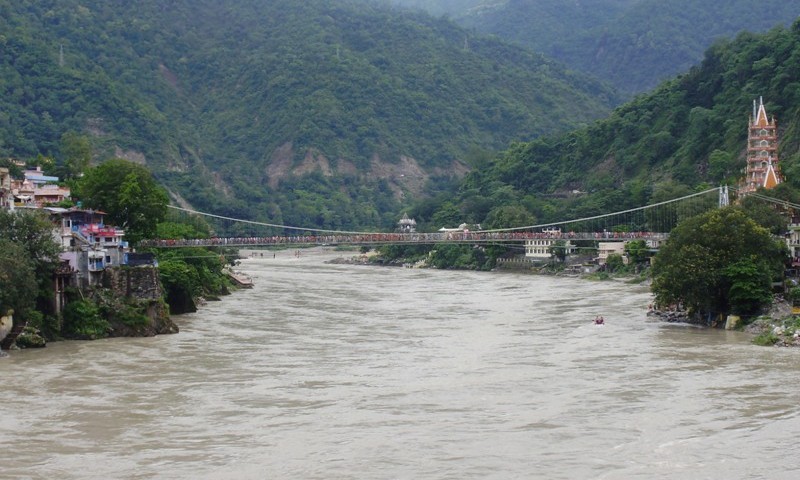 I did it. I traveled to Rishikesh during the festival Kanwar Yatra in July, despite the fact that the owner of my favorite hotel at Paharganj in New Delhi strongly didn’t recommend to do that. At that time I couldn’t imagine how Rishikesh looks like during the festival.

The festival takes place every year in July and August and it takes about a month. Therefore you should avoid Rishikesh, Haridwar and surrounding cities where Ganges flows during these months.

During the festival Kanwar Yatra several million followers of Shiva travel to Haridwar and cities through which the Ganges river flows. They take some water from Ganges and put it into two bottles, which then hung on a stick. They carry bottles on their shoulder. They walk barefoot around 100 km to Devghar in Jharkhand and bring water from the Ganges to the temple where pour water to the Shiva statue. Followers are mostly men who travel in groups; they wear orange clothing and during marching usually shout Bol Bam. There are big traffic restrictions on the road between Haridwar and New Delhi during this festival . 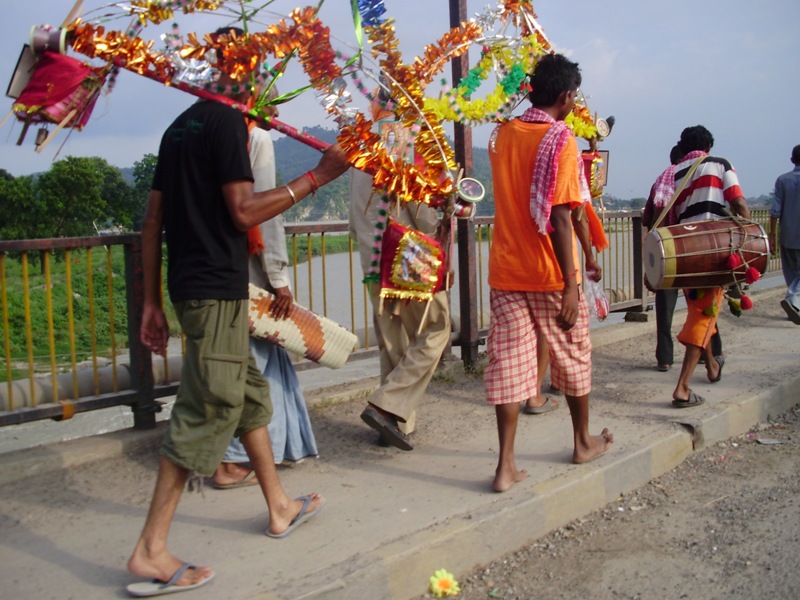 This was a short description of what this festival is about. And how Rishikesh looked like?

From Amristar I traveled by train to Haridwar, where I met a couple from France. Then we got to Rishikesh by rickshaw. Orange men were walking around us, riding motorcycles, they sitting in cars, in trucks, standing by the roadside. They were everywhere and there were thousands of them!

At that time I still thought that when we get out of Haridwar, the situation will be better. But it was not. The driver stoped near famous bridge, which connects one bank of the river with other. We went to find some hotel on the other side.

With backpacks, we pushed among the fanatic people on the bridge. We had a problem with finding accommodation because most of the rooms were occupied by these men. The French couple stayed in one hotel, where they found a room and I went to look any further. After about half an hour I finally found the place, where I stayed.

I felt relief knowing I am out of the mass of people. I wanted to lie down for a while, but I couldn’t asleep because of never-ending sound of Bol Bam! Bol Bam! Bol Bam from the street! 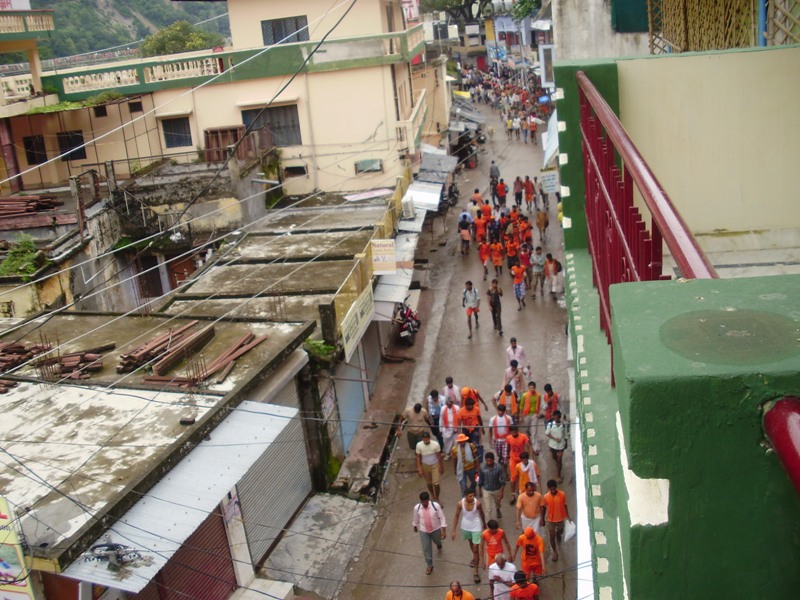 The following three days we were trying to do and see something, but it wasn’t possible, because when we walked through the streets, orange fanatical men stared at us, they blocked our way and laughed at us. They were aggressive and it seemed that most of them haven’t seen a white woman yet. The worst situation was on the narrow bridge, where at one moment they tried to touch me and the girl from France. At night it was impossible to sleep because they marched till late hours, then continued “celebrating” inside the hotel and started again early in the morning. 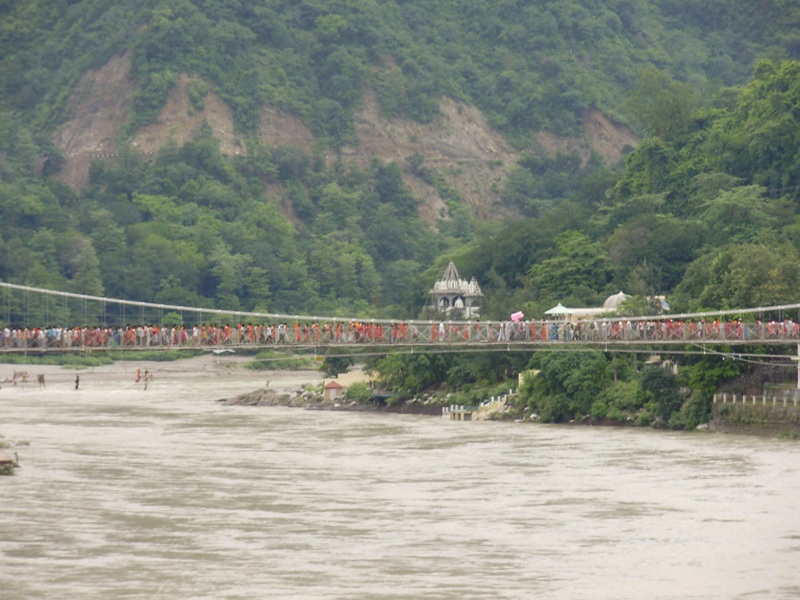 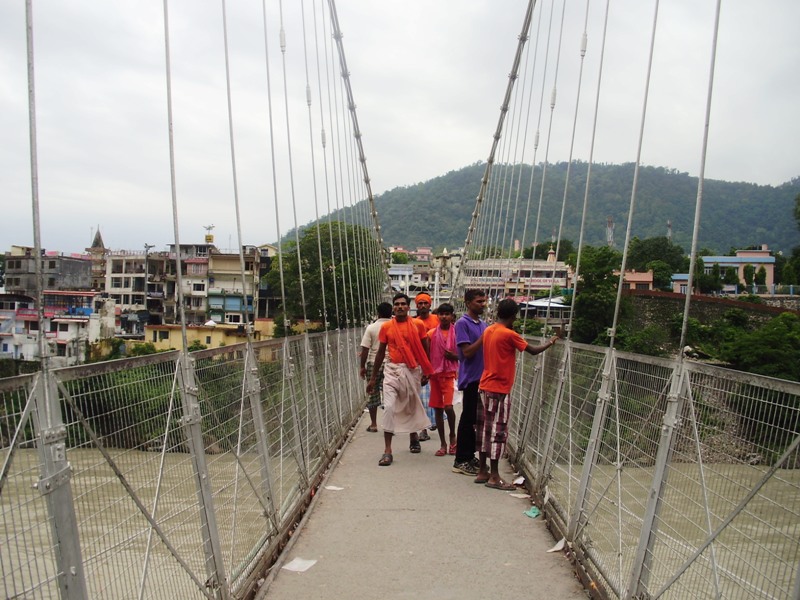 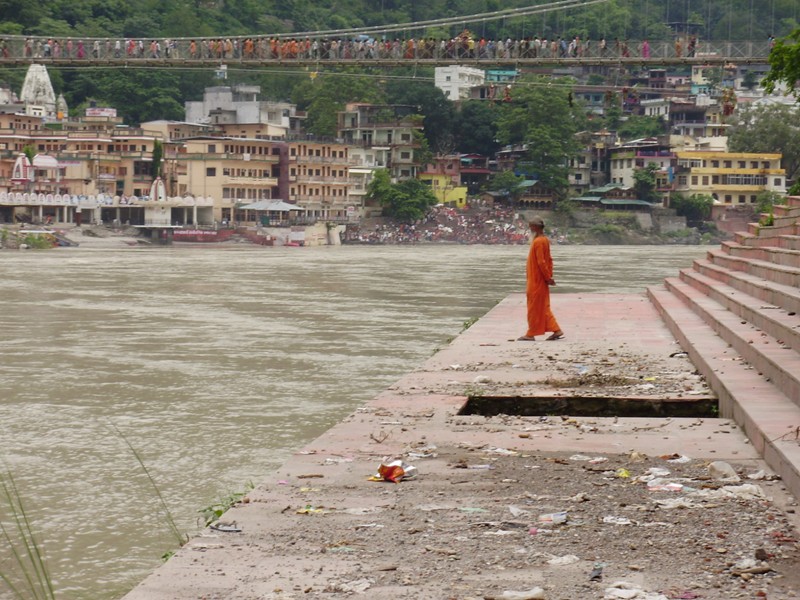 In my hotel was a boy from Nepal who work there. He was so nice that he selflessly slept in front of my room for two nights to be safe.

After three days I and the French couple literally ran away. We booked a bus to Almora and left Rishikes, usually a beautiful peaceful place at the foot of the Himalayas, where people come to meditate and practice yoga. Unfortunately, during the festival Kanwar Yatra, this idyllic place is changing to orange hell.

While we were sitting in the rickshaws on the way back from Rishikesh to Haridwar, orange Bol Bam people that sat on the truck in front of us said goodbye to us by nice gesture which express something like: I want to fuck you! 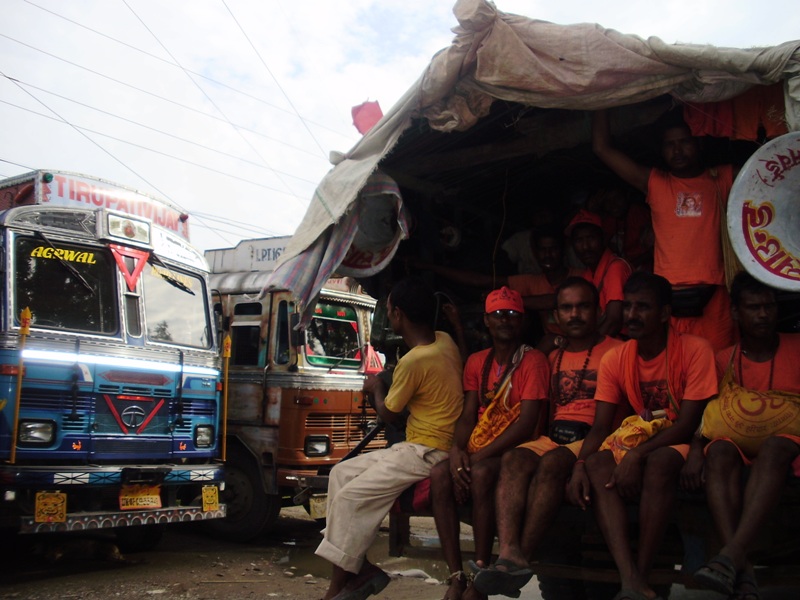 So, when you travel northern India in July and August, find out exactly when is the beginning and end of Kanwar Yatra festival. Avoid places like Haridwar and Rishikes during this period and travel there during your next trip to India. Don’t let those people to spoil your impression of beautiful places such Haridwar and Rishikes certainly are.