Sick, alone and lost in India 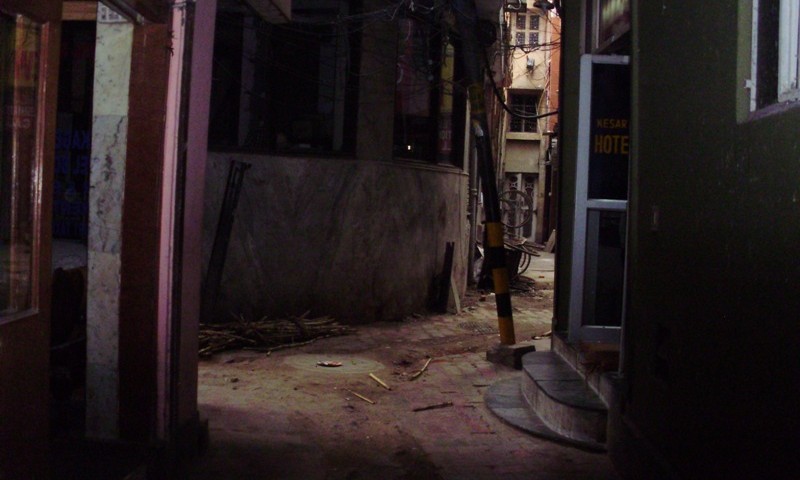 The next night and day was one of the worst, but the luckiest day I have ever experienced in India. I was sick, alone and lost in India. 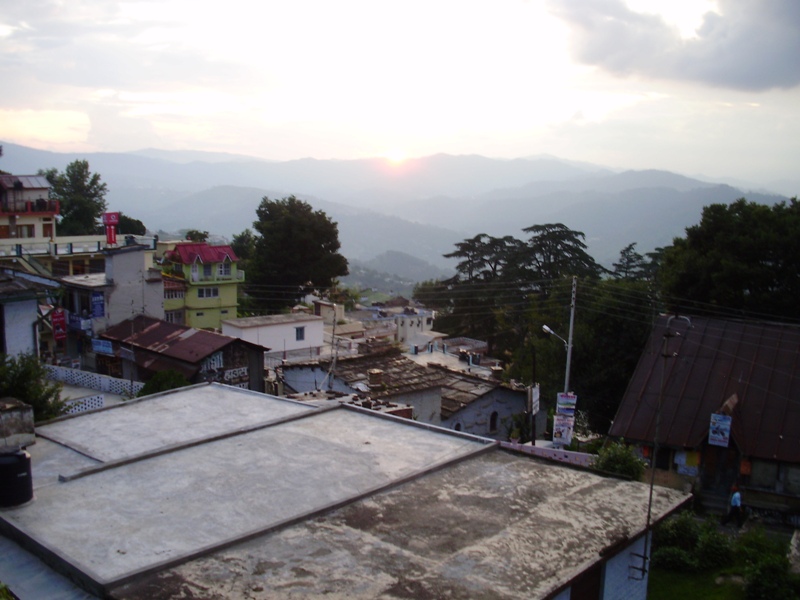 I and couple from France enjoyed the sunset in Almora – a small town near the border with Nepal, which is off beaten path in India. And what happened later that night? I began feeling sick. Result of my feet injury in Amritsar, when my feet with the open wound ended in disgustingly dirty water,  came out 4 days later. Wound became inflamed, I got high fever and severe pain spreads from the feet to my thigh.

What now? I was thinking.

I immediately took the strongest antibiotics that I brought with me and started making decision what I will do the next day. I tried to find out some information on how to get out of Almora. But in the city where almost no one speak English and where there was no internet connection it was very problematic.

I didnt know if I should return back to Delhi far about 400 km, where are good private hospitals or just move to Nainital, bigger city near Almora and heal myself on my own there. I didnt know what, where, nor how. I just felt that I have to leave non-touristy Almora. 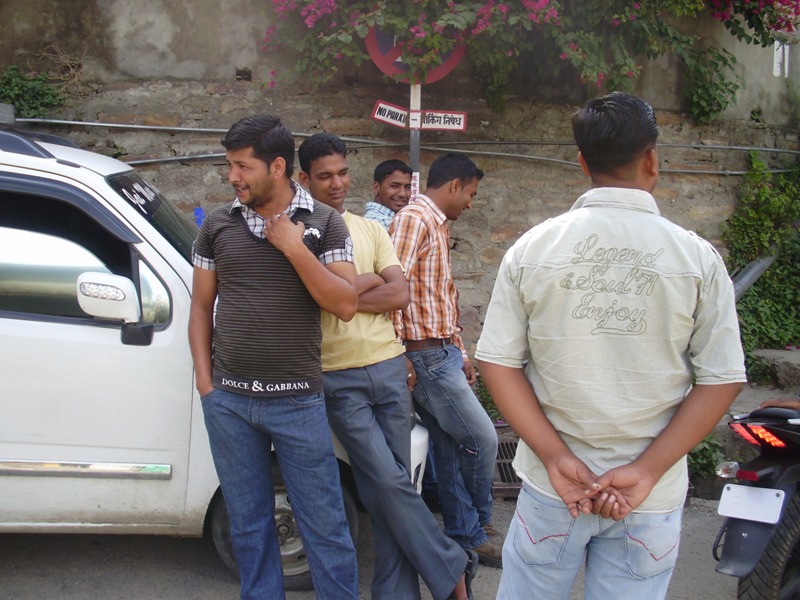 The morning after sleepless night, I was sure I have to come back to Delhi. Fever got worse and made me exhausted in spite of taking antibiotics and pain continued spreading. I packed all my stuff and  went out of the hotel to the road. I was so weak that I had to stop several times, until I came out a little hill near hotel.

I found a group of taxi drivers. Once they asked me where I want to go I said Katgudam. I heard there is a night train to New Delhi, but I couldnt imagine how I’ll survive all day in fever, at some unknow place and spend a night in a train. Of course that only in circumstances that information I got is valid. I actually didnt know anything, so I left everything to fate. 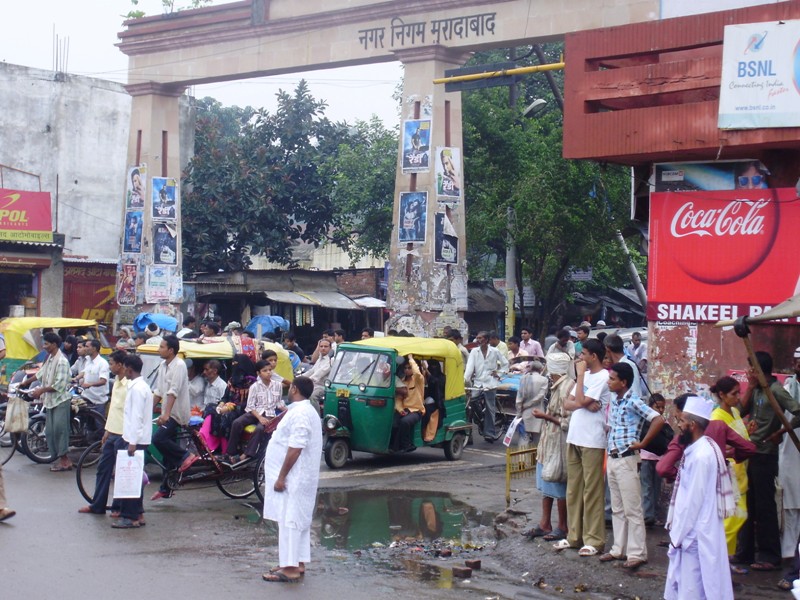 I sat down to the share taxi where older Indian couple was already sitting. The answer to my question “Please, do you speak English” was exptected..“No“.. ok, once again no information.

And then a miracle happened. Last passengers sat down to the taxi. It was a young boy. I asked him: “Do you speak Angličtina” .. YES, I DO .. I couldnt believe.. he was the first person I met who speaks English in Almora. He asked me where I travel. I explained him that I need to get to Delhi because I’m sick.  A boy replied that he also went to New Delhi and we can go together. Wow!

He explained me that from some different city, I’ve never heard of, direct bus leaves to New Delhi. I was saved .. at least for a while.

After about 3 hours of driving we arrived in that city. The taxi driver stopped a short distance from the bus station, but the boy immediately took a rickshaw and my backpack, because I didnt have power to carry it on my shoulders. Our bus left the city in about 20 minutes. 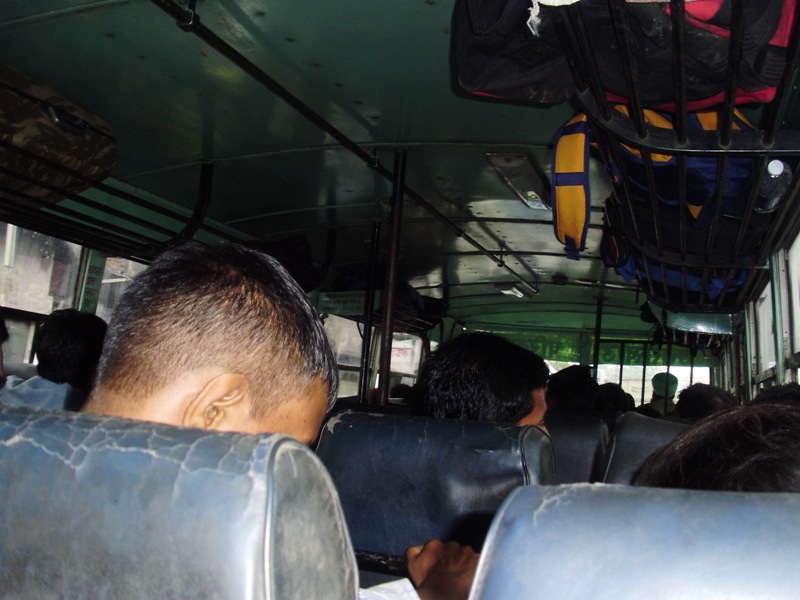 Journey to Delhi would take 7 hours and I assumed I will get to Paharganj even in daylight. But … about 20 km before Delhi we got stuck in huge traffic jam. When the night falled and the light was flickering I began to be stressed. I took the map of New Delhi and asked where the bus will actually stop. The boy was trying to find a place, but at the end sadly concluded that it is in remote area that wasn’t shown on the map. „Great!“ I thought.

People in the bus told me that there is a metro station with which I can get to Paharganj, but I have to change train about 2 times. As time passed and we were still in the traffic jam, I realized another problem. what time does the metro close? People traditionally gave me a completely different information. But they were very nice and tried to help me as much as they could. One man explained me that he will also go to the metro station and it is close at 11pm. My stress level increased. 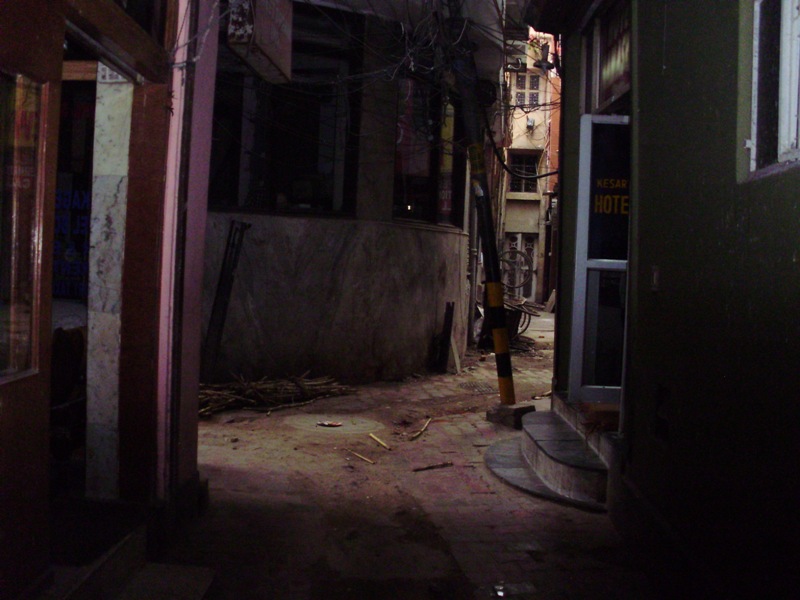 The bus finally stopped in a place where there was nothing but darkness. It was about 10:53 PM. People let me go straight to the door of the bus, I jumped up and I ran after the man to the metro station. Fever, pain, weakness.  But the idea that I’d stayed in a strange dark place, alone, sick and without a functioning cell phone gave me incredible strength. I ran as fast as I could.

We got to the metro station. It was still open. A man helped me to buy a ticket and we got on the last train. I had no idea where I am and where I go. On the train another man helped me because he needed to change the same trains like me. I followed him almost all the way.

I got off in New Delhi metro station, a few hundred meters from the train station, which is close to Paharganj. Path goes through a very dark area where poor Indians tend to sleep. In a state of despair I asked the older man to accompany me to the main bazar in Paharganj. He thankfully did it without hesitation. He probably understood my situation. 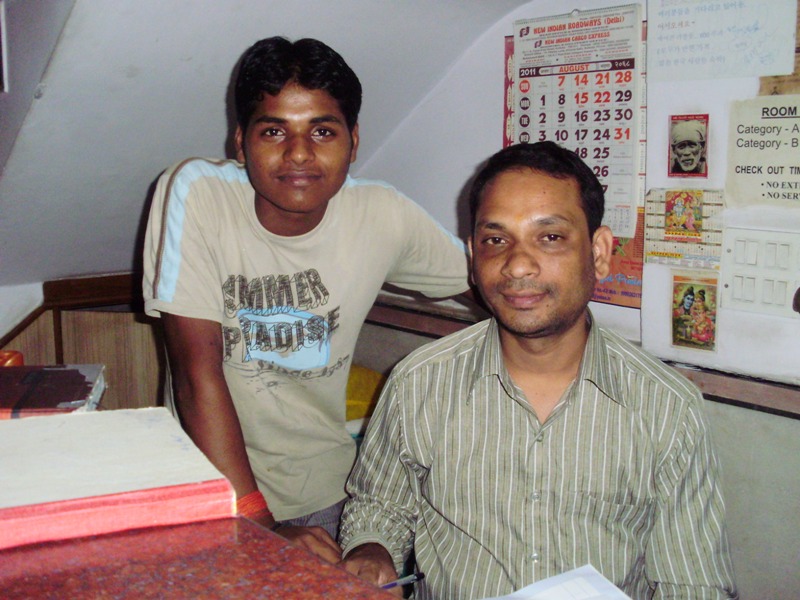 After all this, I FINALLY got into my favorite hotel around midnight. Receptionist was outside of hotel at that time, and when he saw me in that state in night time, he just wrapped his hands, and asked me: „Katarina, what are you doing here now?“

I just answer: „”Please, please, do you have one room for me?” And I explained to him what happened. He sadly told me, that he doesnt have room for me, because he didnt know I will came.

But he immediately took me  to another hotel in Paharganj and arranged cheaper room and special care for me with his friend who was owner of the hotel. 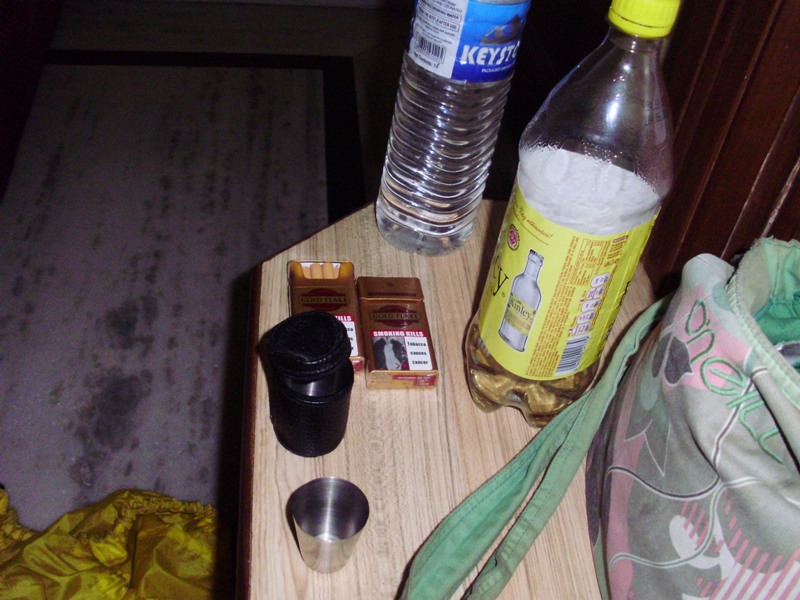 At the moment when I came into the room, I took my antibiotic and washed it down with alcohol I brought to India. I have survived! Again! I know that mixing antibiotics with alcohol is dangerous, but that time I didnt care. I was so happy!

Even before sleeping, I was thinking in fever that this day was really special. I got into so many difficult situations which could end very badly.. but I managed to get it. Somehow.

India is special because you can feel there is something invisible what protect you all the time. If you accept India as it is and you’re positive, believe me that help appear when you will stuck in a bad situation. Exactly one that you need and with perfect timing. It looks like a small miracle without rational explanation. It happened to me many times in India, but this day was a typical example of how it works.

In half an hour hotel staff come to check if I am ok. I fell into a long dreamless sleep seconds after my head hit the pillow.