Manali – land of marijuana and green mountains in Himachal Pradesh 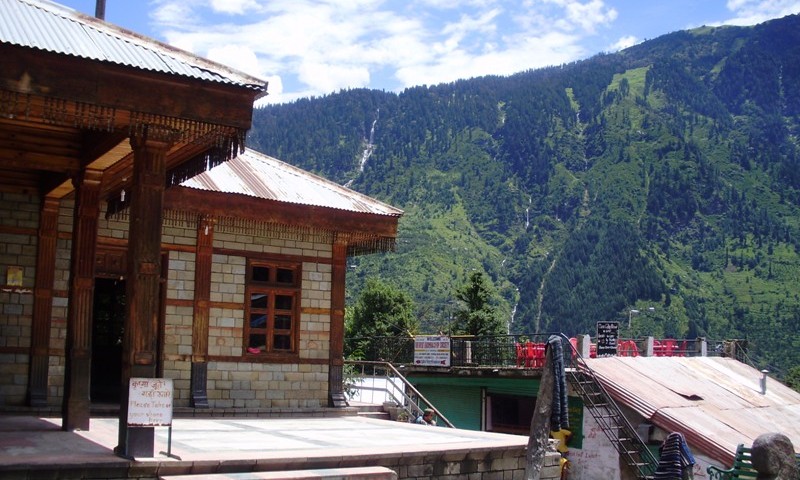 Our last stop before the difficult journey through the Himalayas to the capital of Ladakh – Leh was Manali. Manali is a small village, which is famous for marijuana that grows literally everywhere and secondly because it is the gateway to Ladakh. It is a paradise for smokers of marijuana and for lovers of psytrance music, but we mainly wanted to get to know the charm of this peaceful village and way of life of people in this part of India – Himachal Pradesh.

We arrived early in the morning to the bus station in Manali. It was cold and raining. We took a Tuk Tuk to take us to Old Manali. In Old Manali is place, where two worlds meet – local life and tourism. You can find a number of cheap and nice guest houses, restaurants and shops, but still, you can enjoy rustic atmosphere and watch the daily life of local people.

The boundary between Old Manali and Manali is a bridge over the river Manalsu. Behind the river we found a nice guest house, where we rested two days, because it was raining. But it didn’t bother us at all because we were tired from the previous days and we needed a rest before the journey to Leh. We had a nice view of the mountains, waterfalls and apple and pear orchards from our guest house.

The first apple orchard was set up by the British near Patlikuhl, which were earlier not native to Manali. Story said that when apple trees were first planted, the fruits were so plentiful that branches, unable to bear the weight, would collapse. To this day, apple, plum and pear remain the best source of income for the majority of local inhabitants. 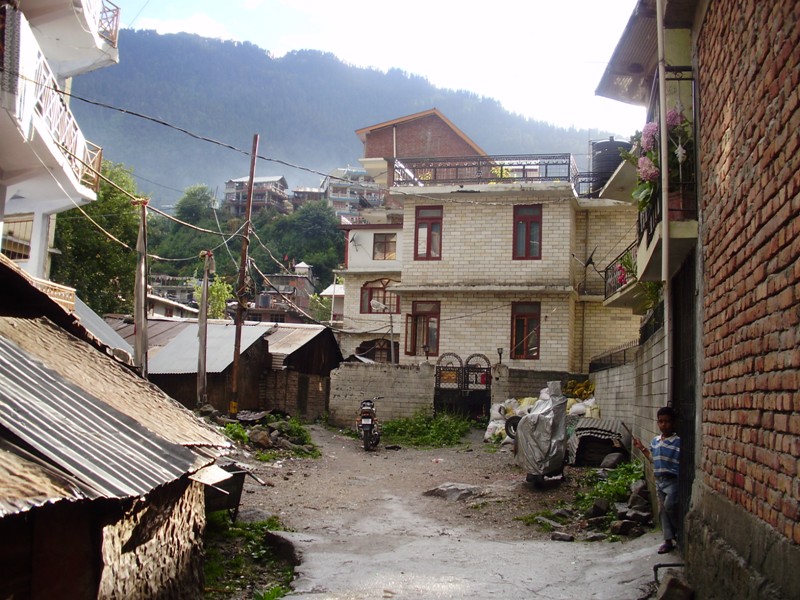 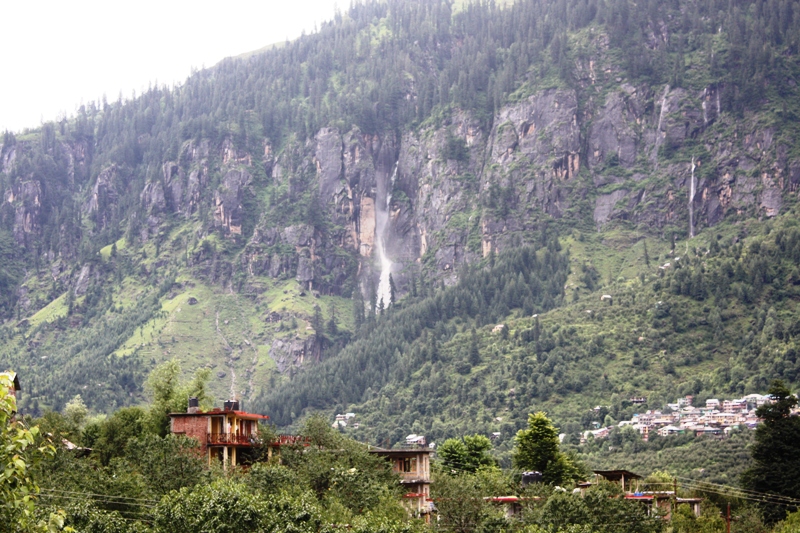 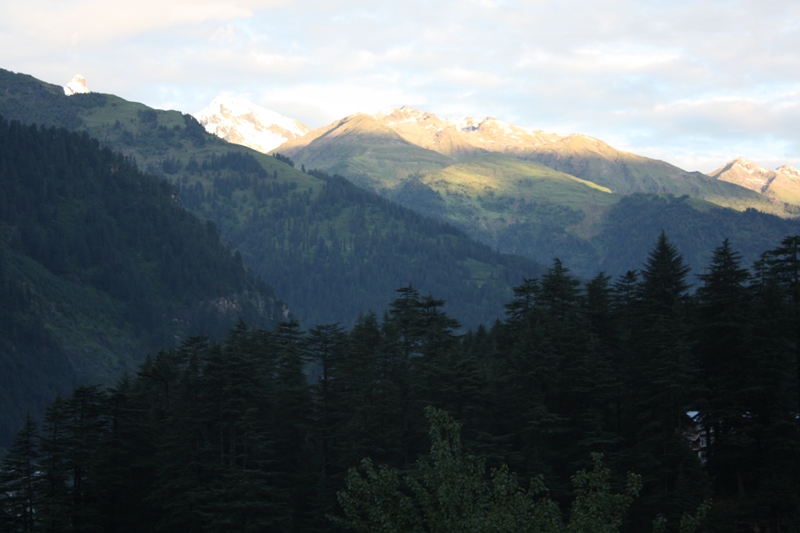 When the rain stopped we went for a walk to Manu Maharishi Temple. The Manu Maharishi Temple is located in the beautiful hill station of Kullu. This ancient temple is a prominent place of worship of the local people of Manali who arrive everyday to offer their prayer to the creator of mankind. Even the town of Manali was named after the sage Manu. We walked through the stone paths that lie before the temple premises. We went slowly up because we wanted to observe life of local people around us. 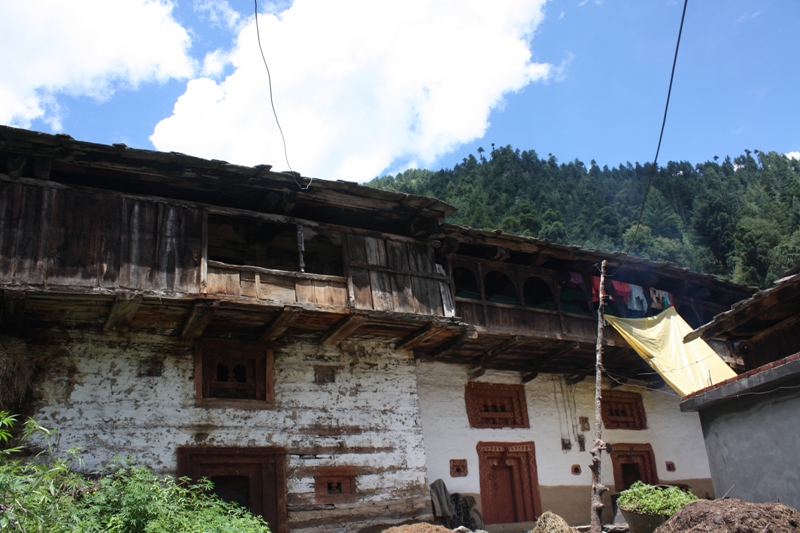 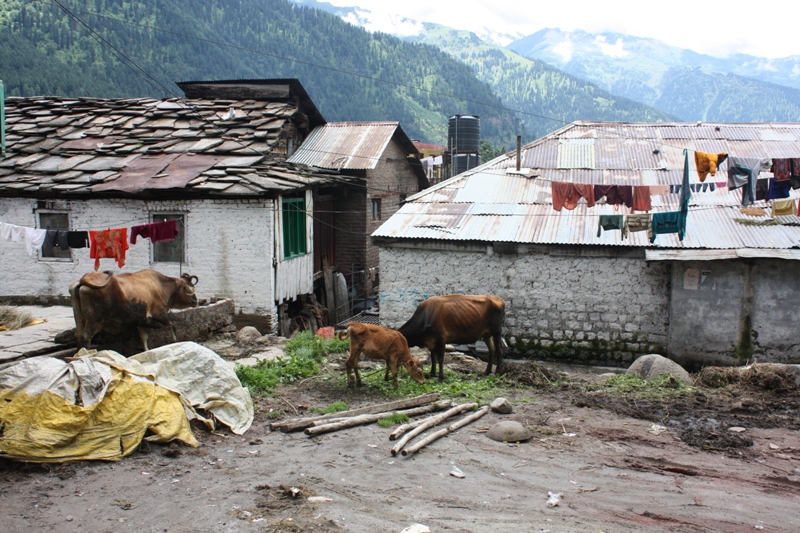 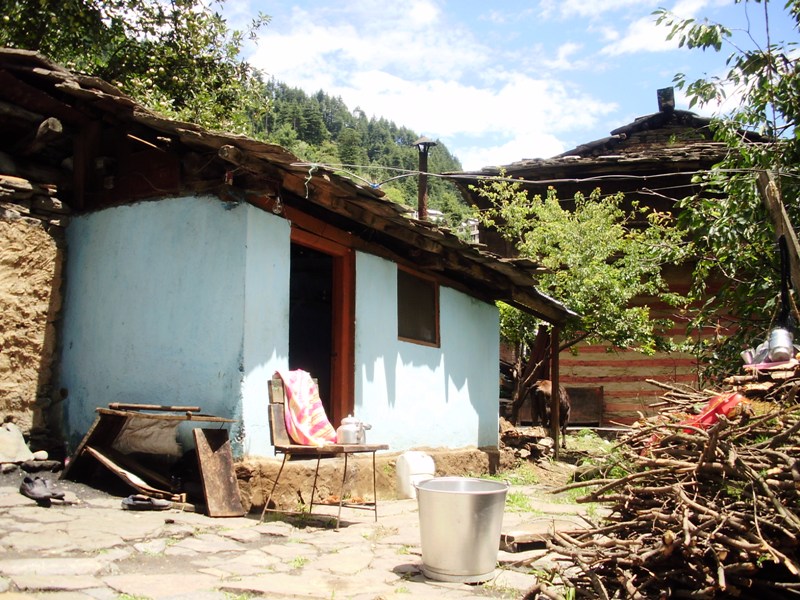 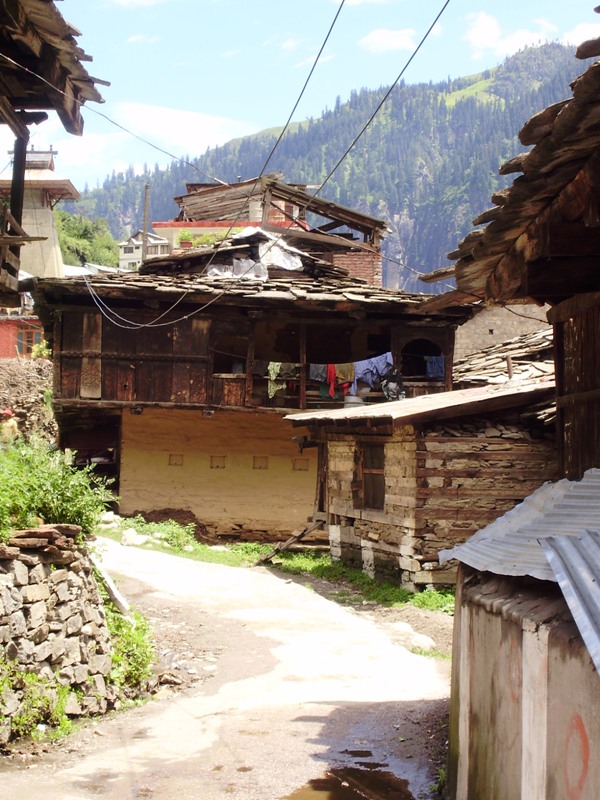 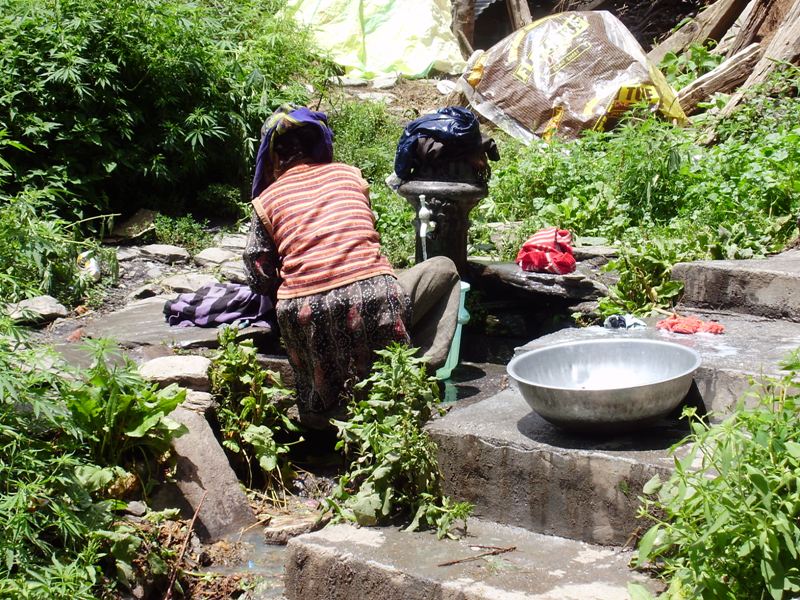 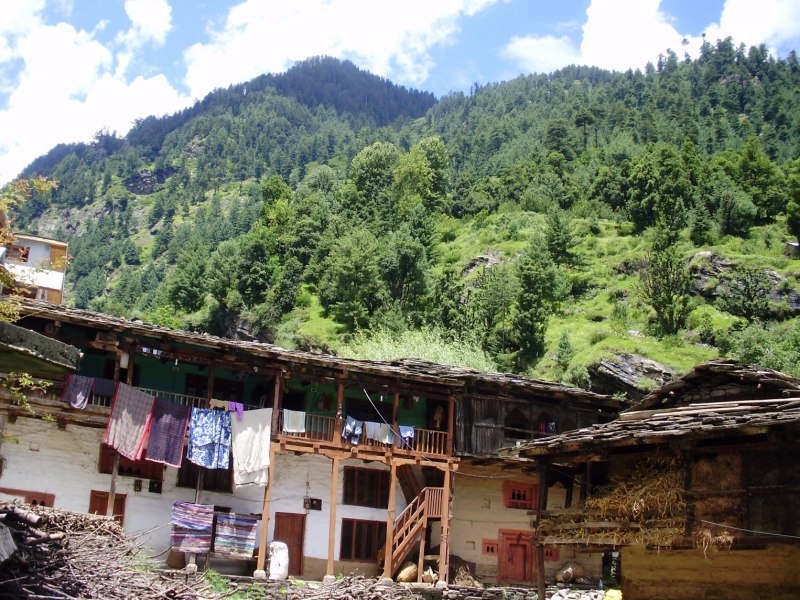 The Manu Maharishi Temple is surrounded by greenery in the form of pine trees and moss. There is scenic view to the valley from the temple. The temple structure is made completely of stone and beautiful engravings of gods and goddesses can be seen in the stone walls. The temple also attracts tourists due to the fact that it is the only existing temple in India dedicated to the worship of the Rishi Manu.

According to Hindu mythology, Manu sage is considered to be the originator of the human race. It is believed that this place is closely related to the seventh incarnation of the great sage. Mythology says that he saved the Vedas and the seven sages from inundation. It is assumed that subsequent to the great flood, Manu landed at Manali and then lived here. The story is very similar to Noah’s Ark from the Bible. 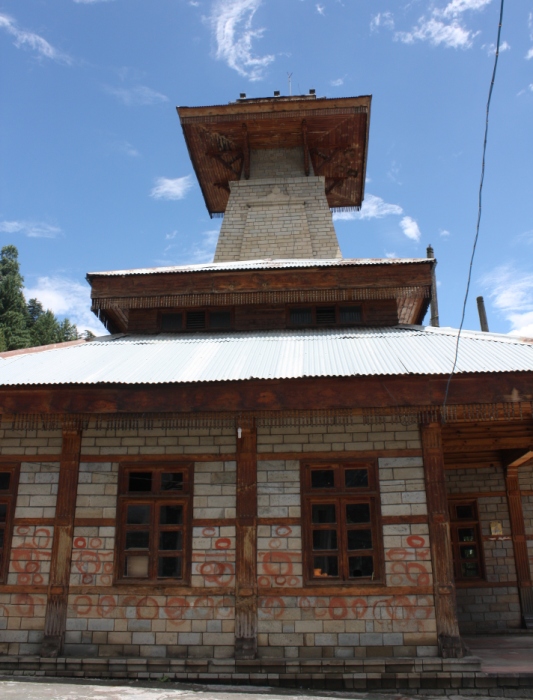 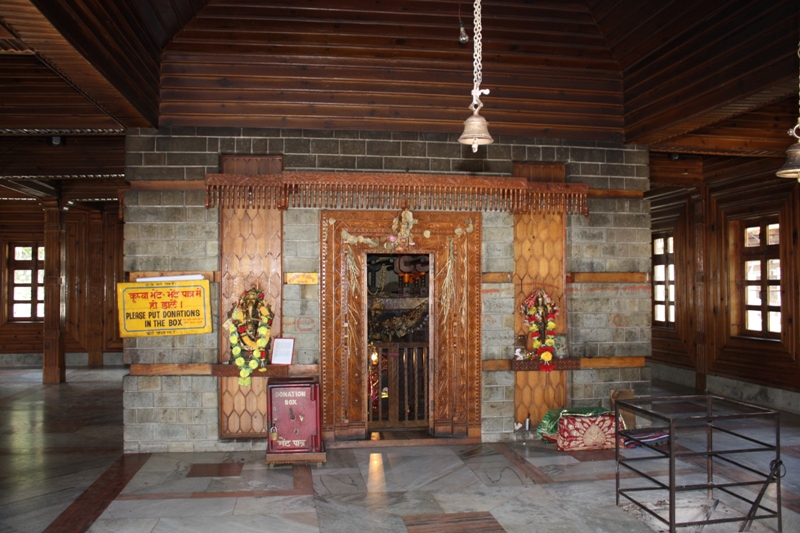 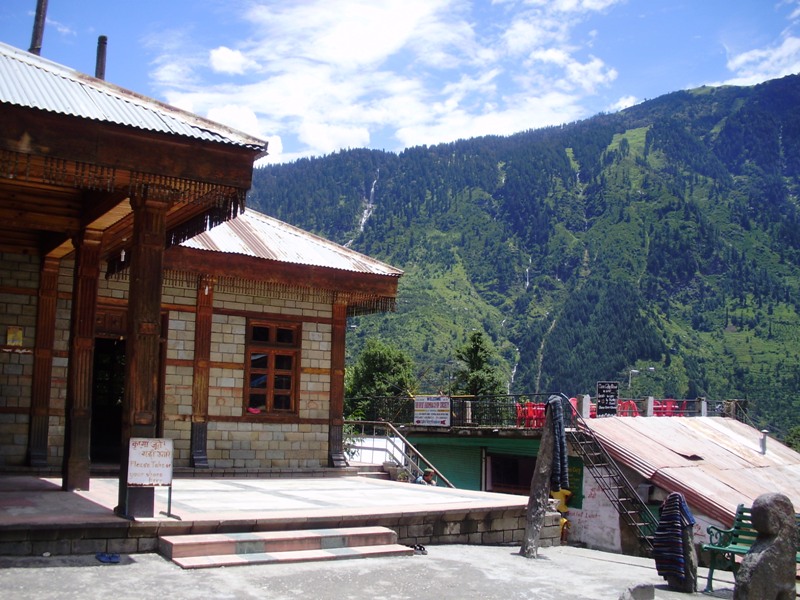 After visiting the temple we went for a walk around the neighborhood. Wild marijuana grow literally everywhere. When you are in Manali just for a few days, be sure to go take for a walk to the mountains. The nature around is really beautiful. Those places were like a balm for my soul. 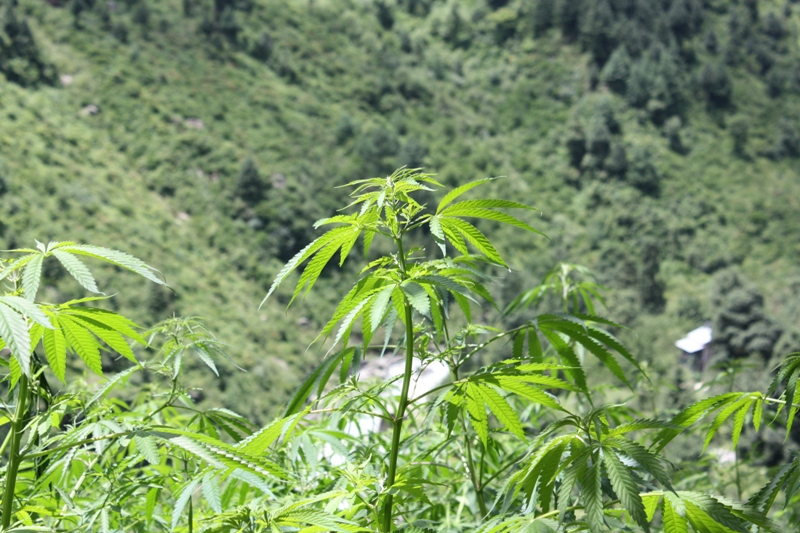 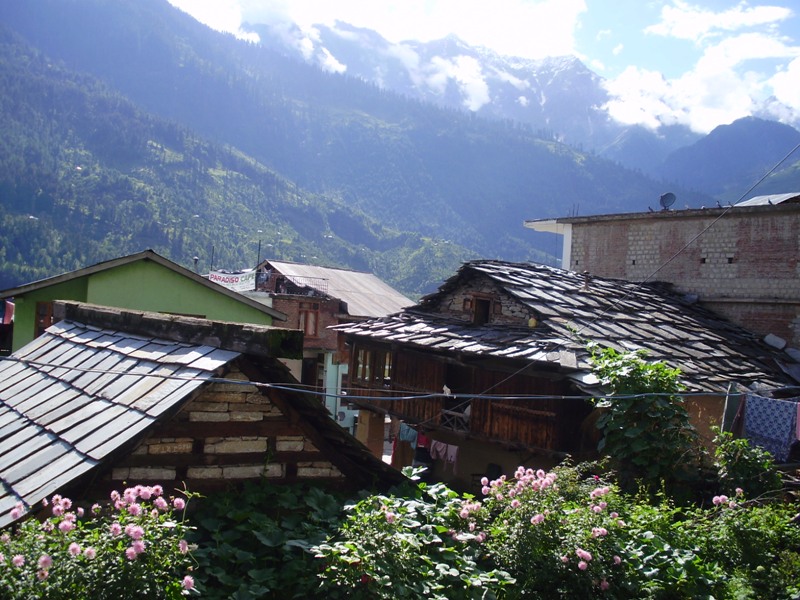 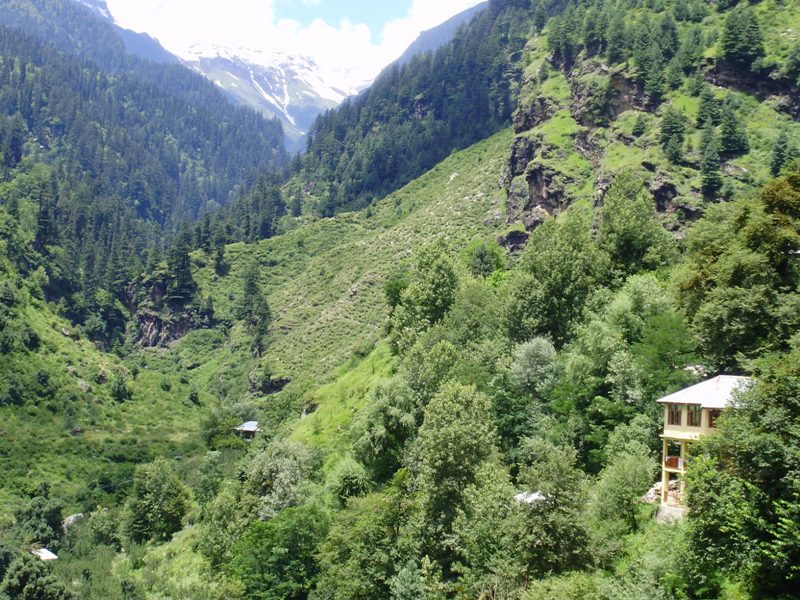 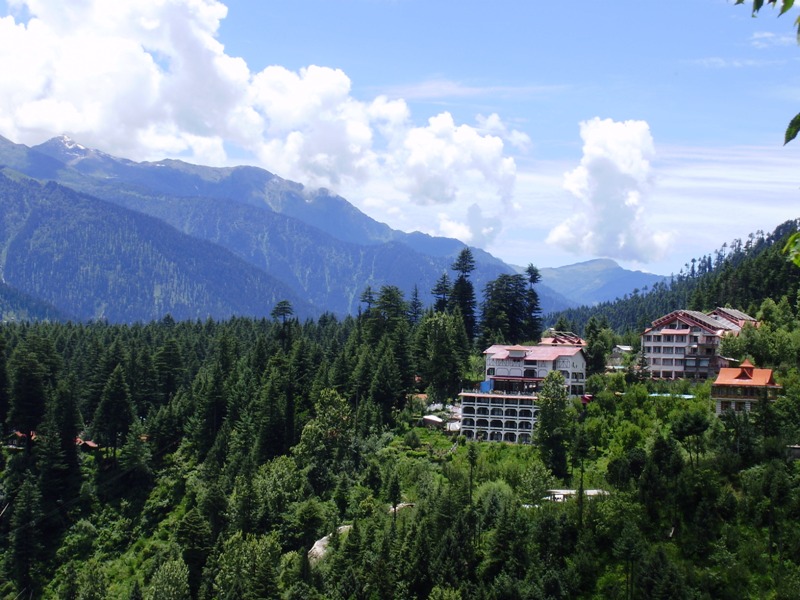 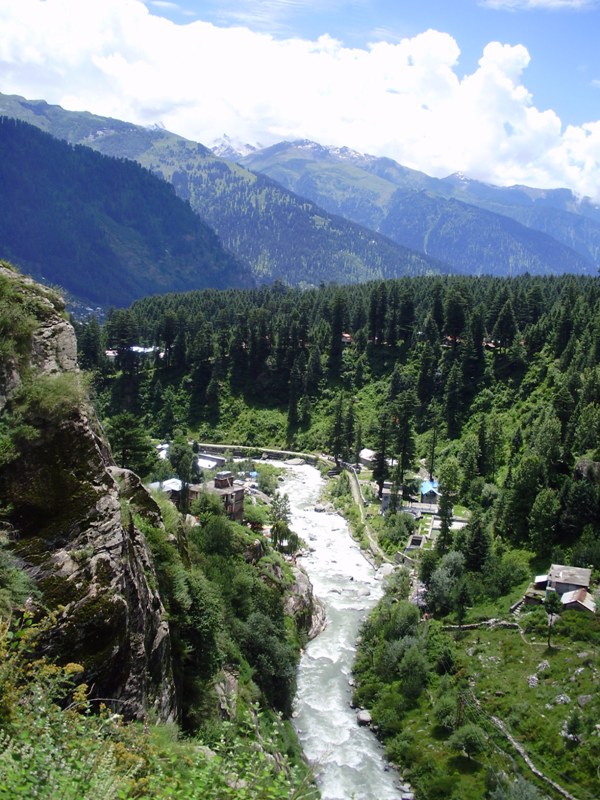 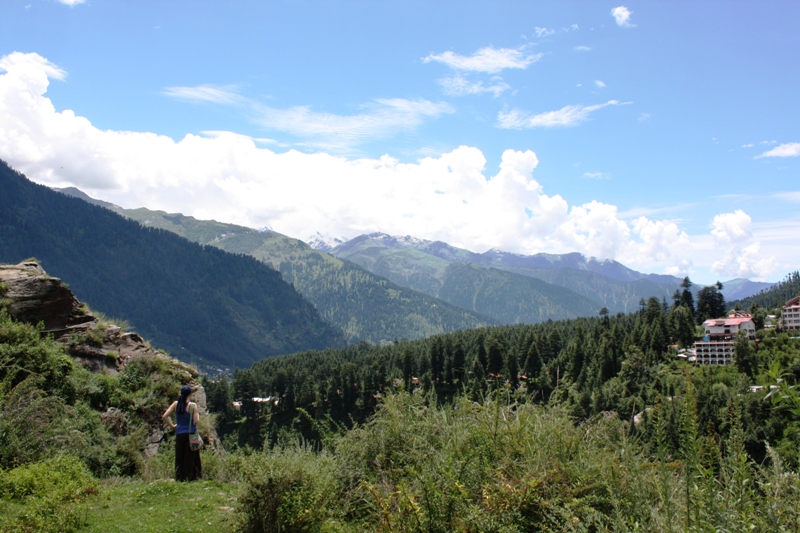 While we were walking around Old Manali, we found nice small temple. We went inside areal and we finally saw local inhabitants wear traditional clothes. Manali clothes reflect the popular culture, indigenous customs, local habits and social life styles of the indigenous inhabitants of the region.

The traditional attire of Manali wears a very colorful and attractive look. Clothes is mostly hand woven and spun with own hands. This unique dressing style displays their rich artistic and creative instinct. If you visit Manli you can easily buy the unique traditional attire of the Manali region in many shops in Old Manali. 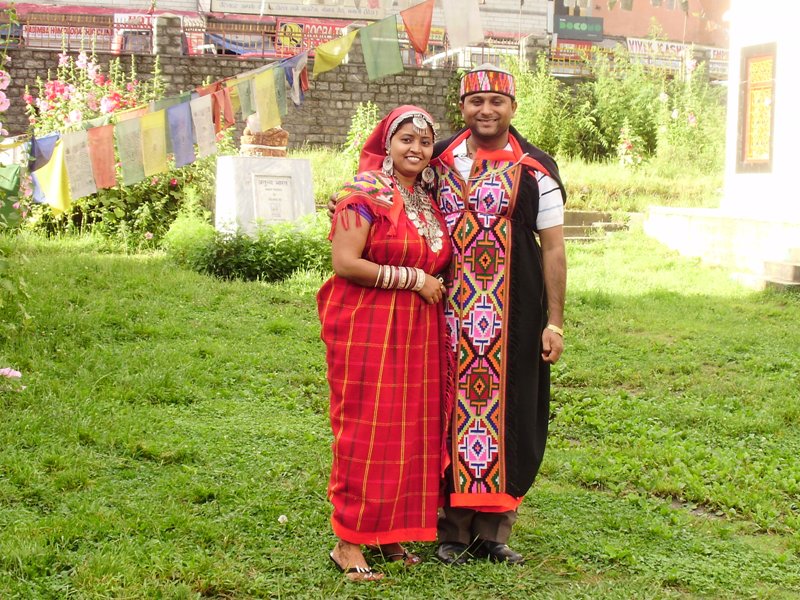 Last day we went visit small village Vashisht which is famous for its hot springs. Vashisht is located only 2km north of Manali on the slopes above the Beas River. Village is also popular travelers’ destination, because of cheap accommodation and chilled atmosphere while Indian tourists mostly come here to bathe in the hot springs and visit the temples.

At first we visited Vashisht’s sulphur-laden hot springs. Springs are channeled into small public baths, with separate areas for men and women. The rest of the day we sit in restaurant in village and watch life in the street. 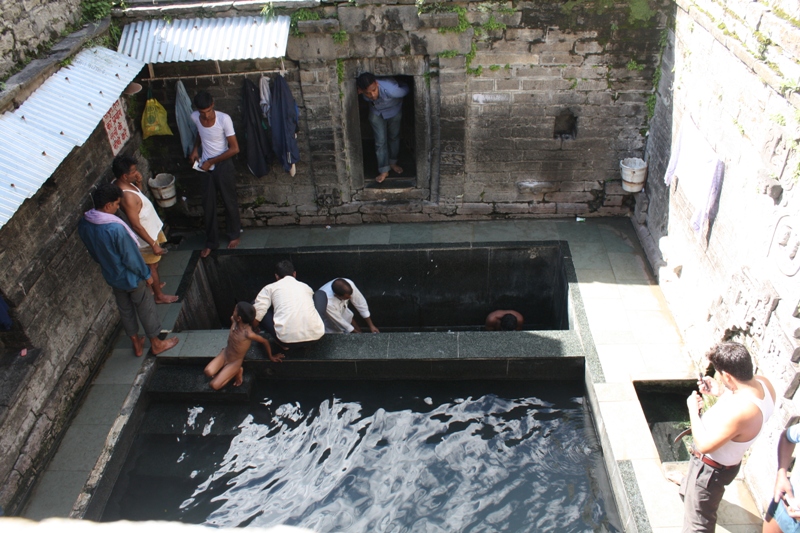 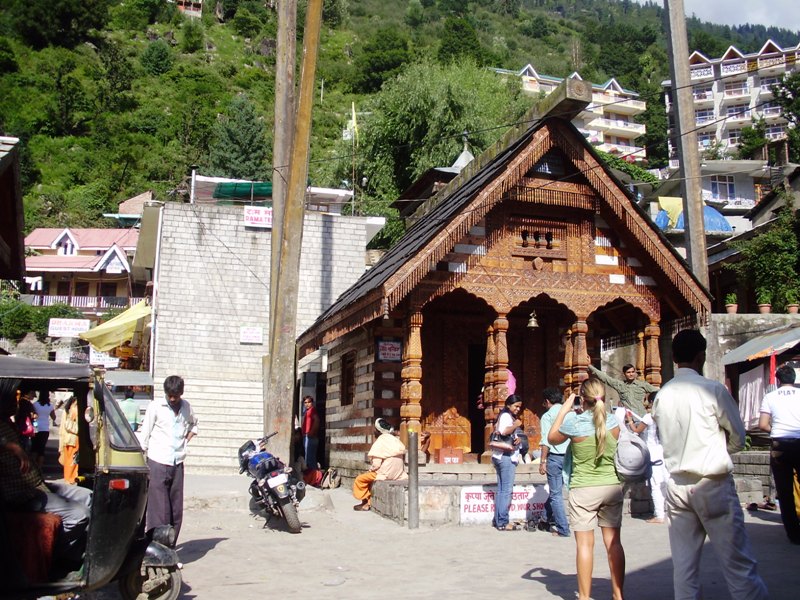 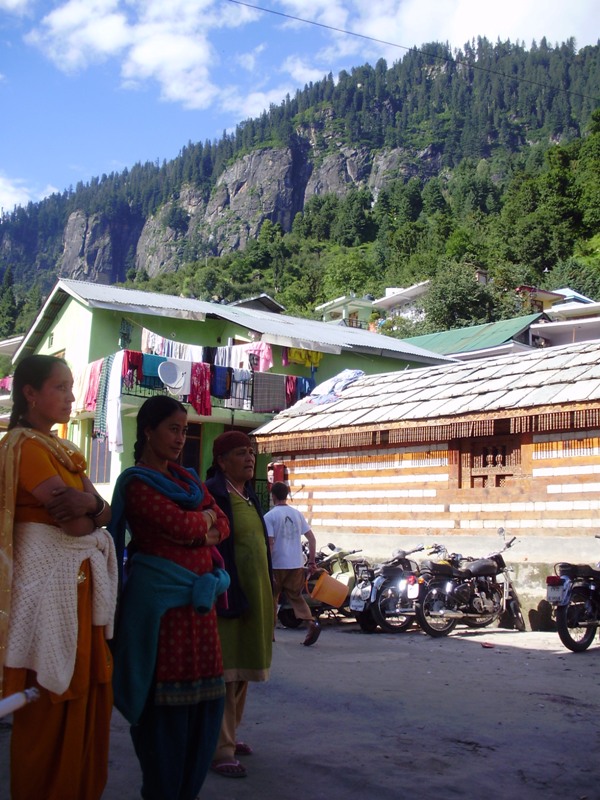 In the evening we went to travel agency book seats in minivan to Leh. But owner of comapany told us that road is very dangerous after heavy rain and so road will be probably close for one day and we have to wait one more night. He told us that if we were going the next day, either our minivan would skid on the mud on a narrow path through the abyss or we would be killed by falling rock during a landslide. This information made us calm and gave us more courage to do that. The next day we  packed our backpack, because we start our journey to Leh at 2am. I was so excited that I couldn’t fall sleep at all that night.