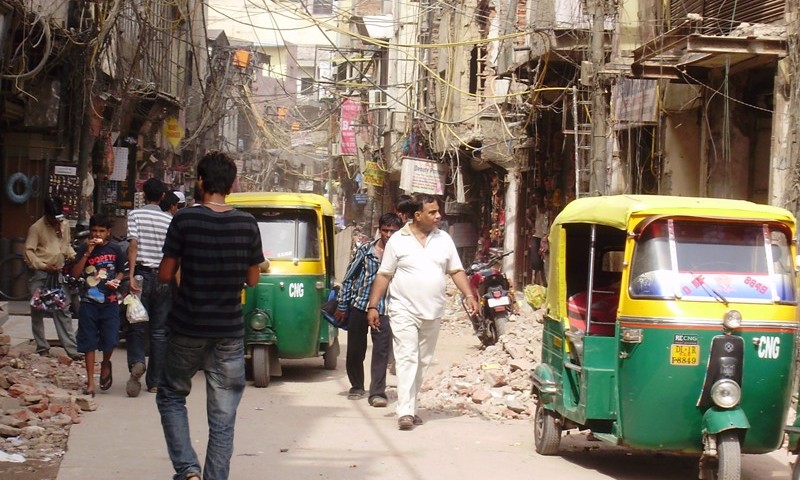 What was my first impression of India? Incredible! Everything began in my childhood, because since I was a little child, I wished to visit India. I have often had dreams about India. I have always been fascinated by India. I never knew why I had such a strong desire to see this strange country. I thought India will always be only far unknown place for me. Even I never had a courage to find out how to get there.

But everything changed one summer during my high school. With a group of friends I went on an amazing trip to the Romanian mountains. We were in the wilderness full 8 days. After 8 days we got to the party in the mountains. At this party, I met two Slovak boys. I spent most of the time with them talking about India, because they regularly visit it. They told me that it is really easy to get there – I just need some money, buy a ticket, arrange visa and prepare staff and everything will go smoothly.

When I came home, my mom didn’t believe to see me alive and healthy, because she thought I am not going to survive staying in Romanian mountains. But her satisfaction was ruined when I announced her that next year, during summer, I will go to India.

During the year I planned my trip really carefully. I spent a lot of time reading blogs and travel tips. I wanted to be ready to come to India. The problem was to find someone who can undergo a journey with me. After a few moths I finally solved this problem and I persuaded two friends to go with me. The biggest challenge for me was to convince people around me that I am serious about that. Slovak people generally don’t travel a lot. If they do, they prefer to go somewhere with tour, because they want to feel safe. So when I talked to people about the journey they didn’t believe me, and if they did believe me, they thought I am not going to survive it as well as my mother.

Things began moving when we bought the flight tickets. Later we arranged a visa, bought items that we didn’t have and waited for the day of departure. 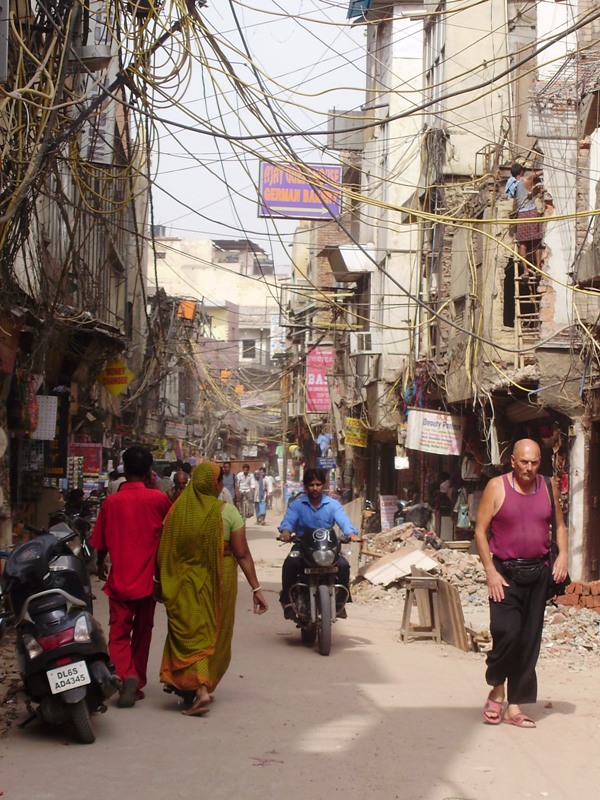 We arrived to India without any problems. When I got off the plane and the first time I breathed the air of the Indian subcontinent I couldn’t believe I was there. We looked around at the old airport in New Delhi and we already know that we are not in Europe.

The first shock was the heat. It was about 4 o’clock in the morning and the thermometer showed 39 ° C. At that moment I thought that I can’t stand that heat. In a few minutes we were completely wet. We bought water and had to solve a problem- taxi to Paharganj. I bargained price about half an hour. The driver finally agreed and we move on. Deeper into India. While we were standing in traffic jams on the highway we saw the poor and mutilated children who begged money. We saw emaciated people who slept under a bridge on the street. People were walking around them and fed cows. Poor people were ignored. Everywhere was a trash. Natural sounds of the city were deafening sound of honking cars. We arrived at Paharganj – main tourist area full of hotels, restaurants and shops in New Delhi.

We found a hotel in Paharganj. We threw our backpacks and immediately went outside. Everywhere was a lot of people. The cows slowly walked among the people. They looked as they are aware of their position in the Hindu world. Views of Indian men to me were very insightful. Women had a wonderful colored sari. Everything around me was shrouded in strange orange color. When I looked at the sky, I didn’t see the sun because a thick layer of smog covers the entire New Delhi. Different odors were mixed in my nose. Street vendors enticed us to buy what they offered. It was a huge mess. But this mess somehow worked and I liked it from the beginning. The temperature increased to 43° C. I was in shock, wet, tired and dirty. But I was extremely happy. I did it! I was in India!

You can read a lot articles, listen a lot of stories or watch a lot of documents about India. But you really need to see, hear and feel India to understand why people call India INCREDIBLE.