Shey Monastery and panoramic view of the surroundings 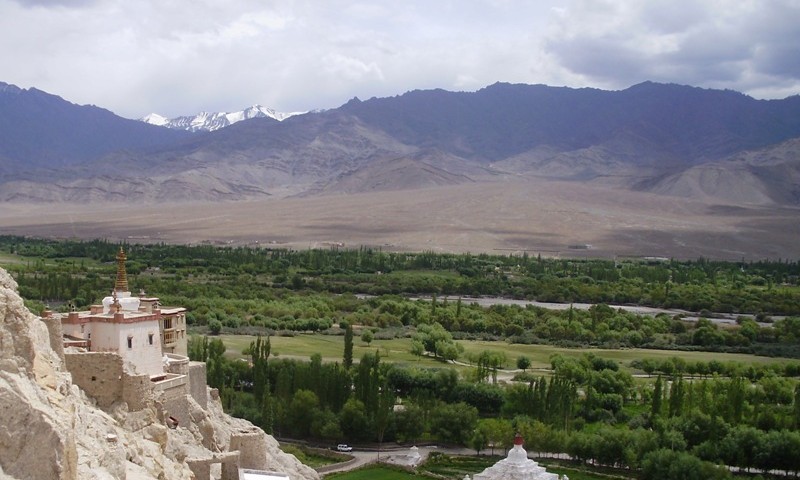 I have planned to visit Shey Monastery this day. The Shey Monastery and Palace are located on a hillock in Shey. It has an average elevation of 3,415m and is situated only 15 kilometers from Leh in Ladakh on the famous Leh-Manali road. In the past Shey was the summer capital of Ladakh.

As usual I went there by public transport, by bus from the main bus station in Leh. I asked people on the bus station which bus is the right one and told the driver that I’m going to Shey Monastery. During the ride one local man still stared at me. The driver stopped me just below the monastery. I got off and this strange man got off from the bus as well. There was no one else around us. I went up the stairs toward the monastery and the man followed me. I started walking faster. Fortunately, I saw a group of Indian tourists, so I joined them and explained the situation to them. They looked at the man and agreed that he looks strange. When he saw me, he turned around and get back on the road. Finally I got rid of him. 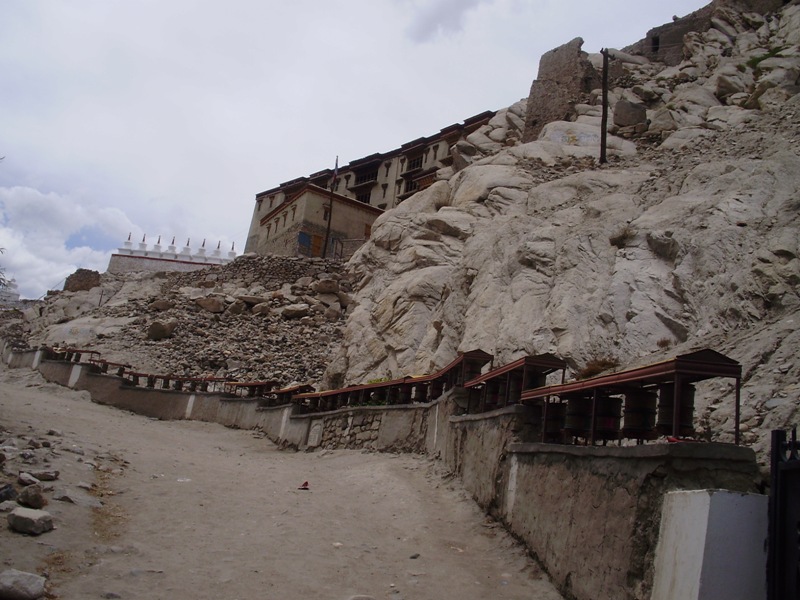 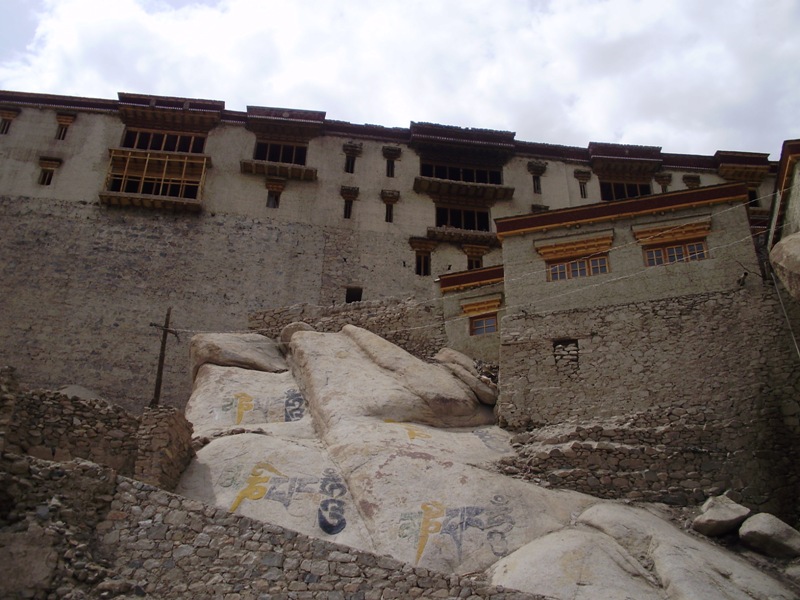 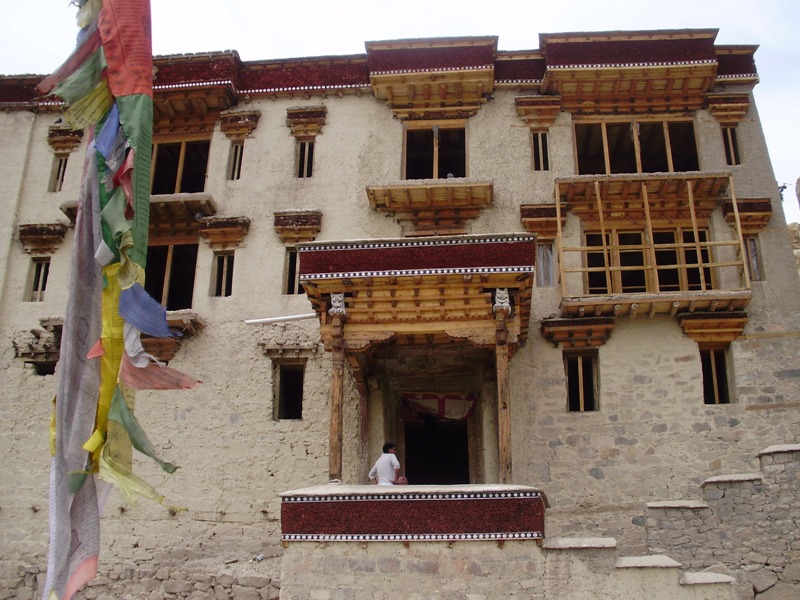 The monastery is famous for its giant gold statue of a seated Shakyamuni Buddha. It is said to be the second largest such statue in Ladakh.

Inner sanctum is Shey Monastery usually closed, because only one lama stays here. If you need to get inside you will need special permission.

I walked around monastery, but I didn’t like there were too many tourists. It was the most crowded monastery I ever visited. But as usual, I couldn’t stop looking at the surroundings and views. From the monastery on the southern side you can see the Zanskar range of hills and green Indus River valley. 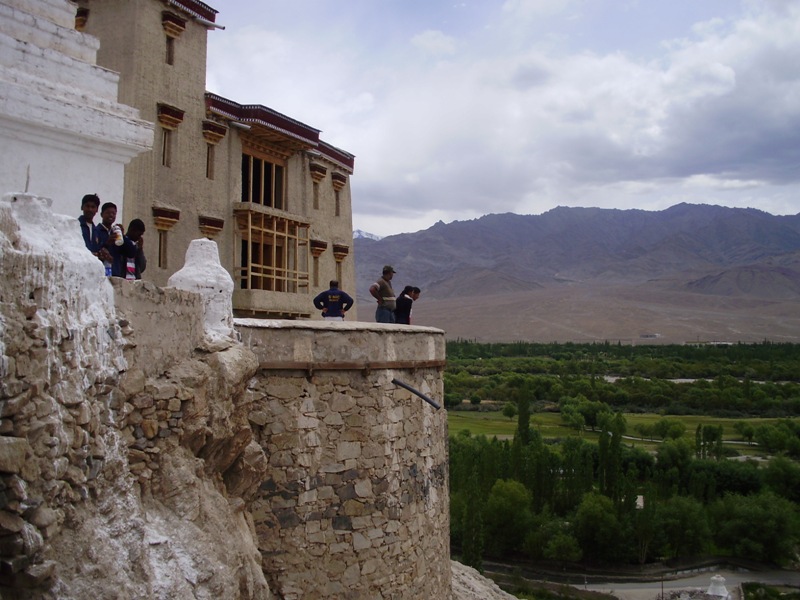 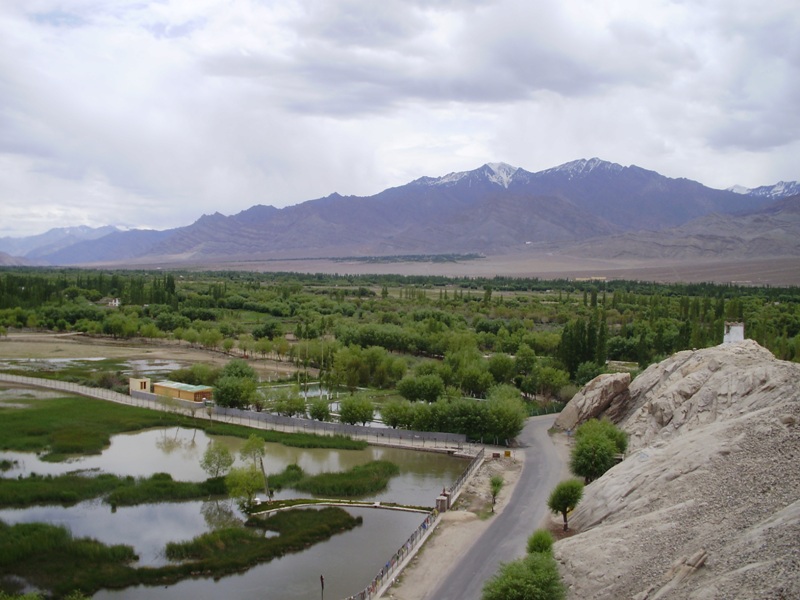 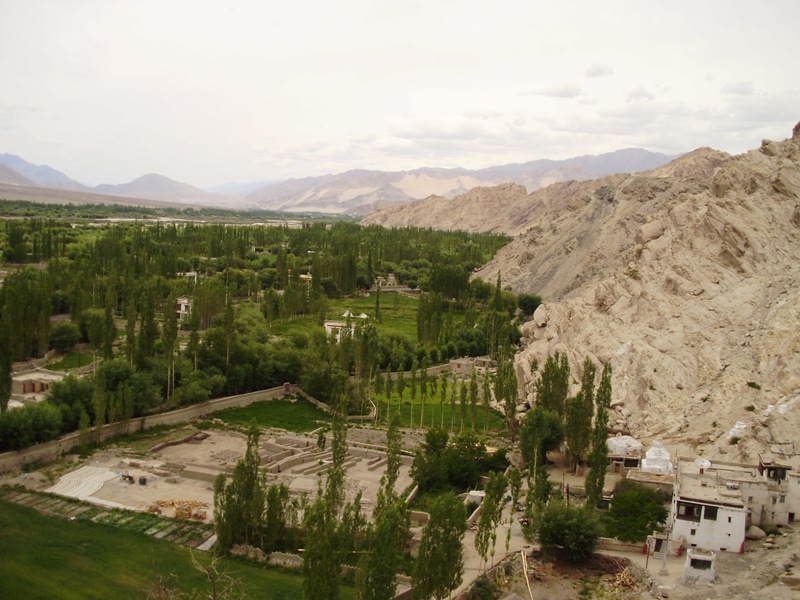 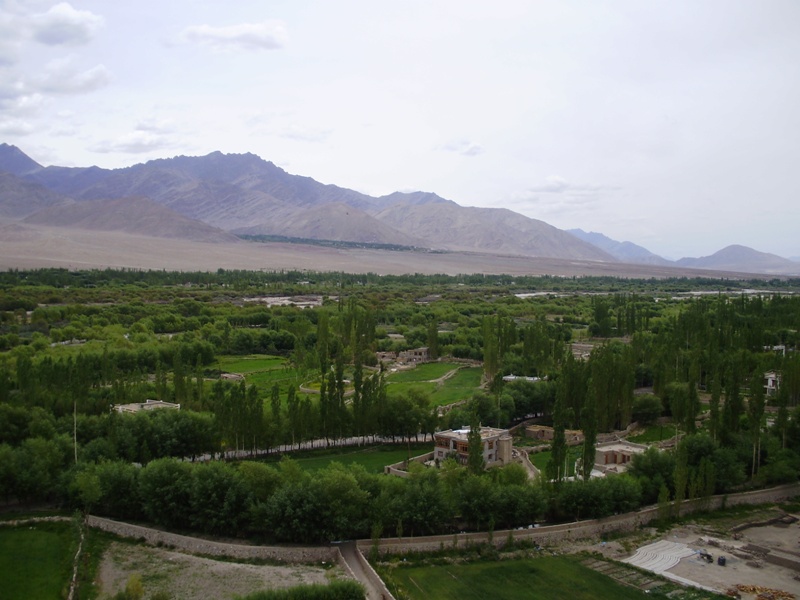 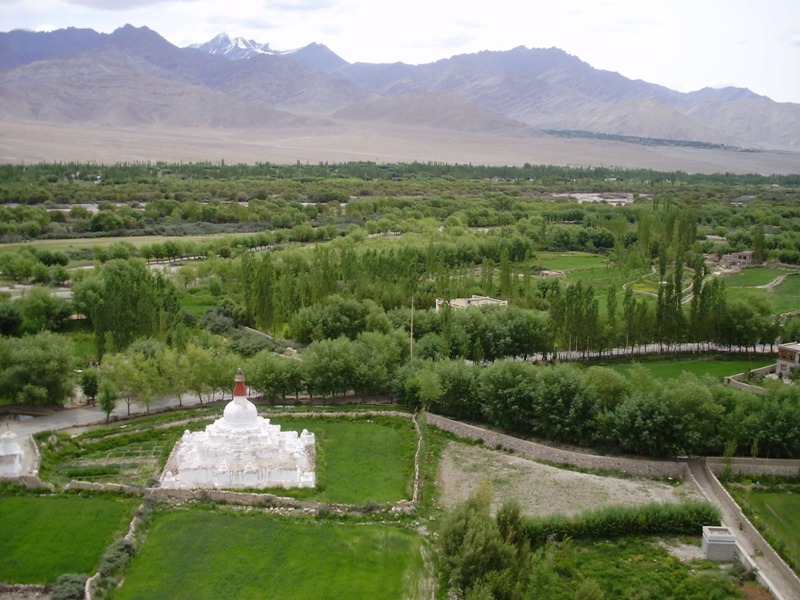 Everyone wanted to take pictures with me and I didn’t have a moment of privacy. Then I saw a path leading upwards monastery. I decided to follow that path. Later I discovered that path leads to the top of the Himalayan ridge. It was very hot and I had a little water. Still, I was determined to come to the top. 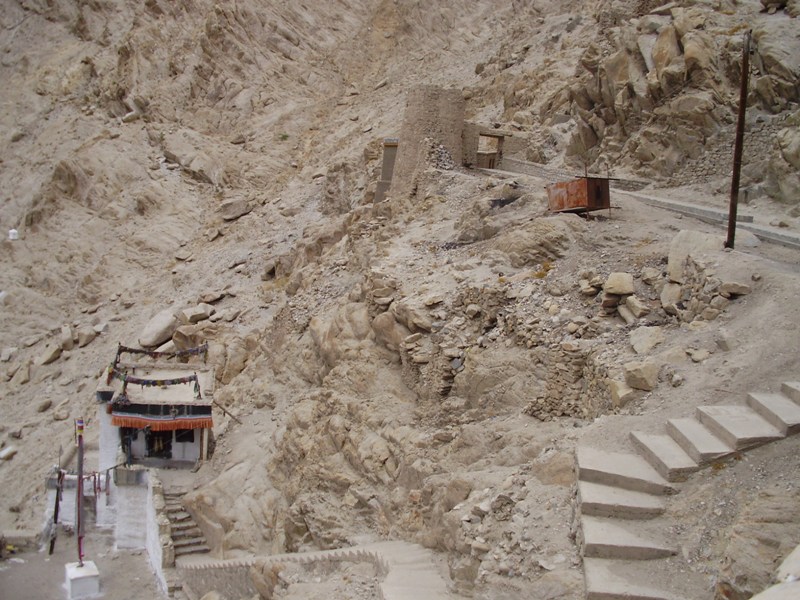 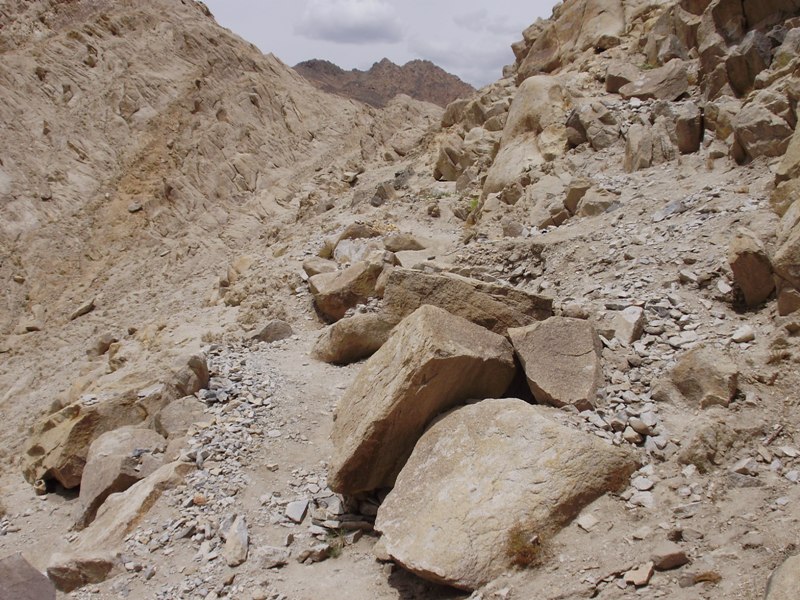 And I did it and surprise awaited me at the top. There was amazing panoramatic view of two valleys on each side. One was more beautiful than the other. Everything was quiet and I was there all alone. I completely enjoyed the feeling of loneliness and freedom. 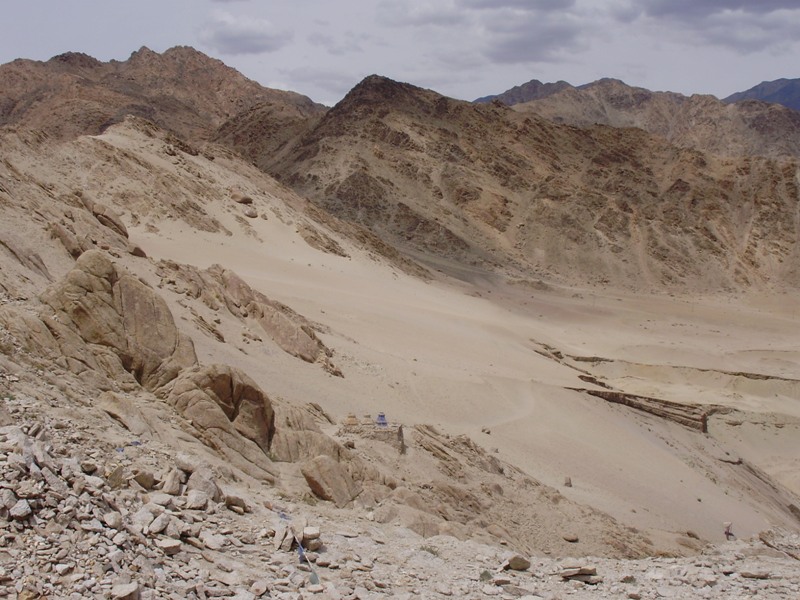 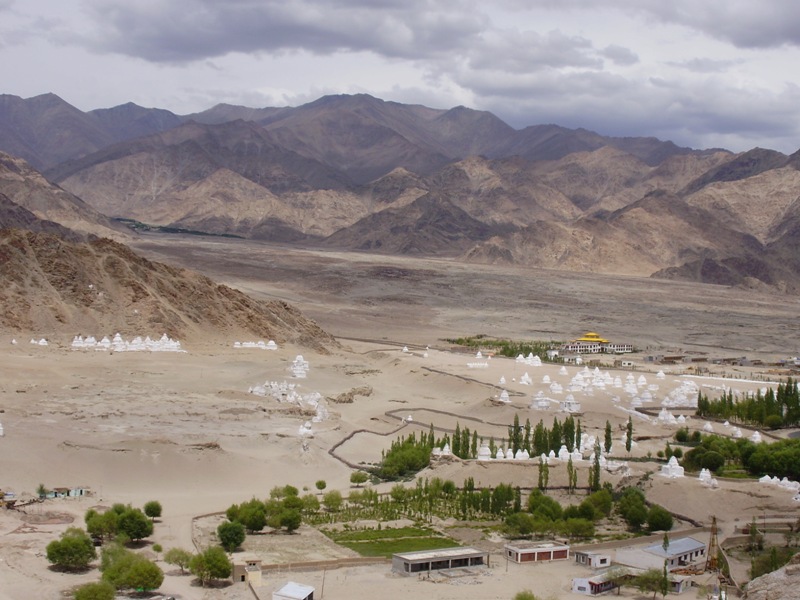 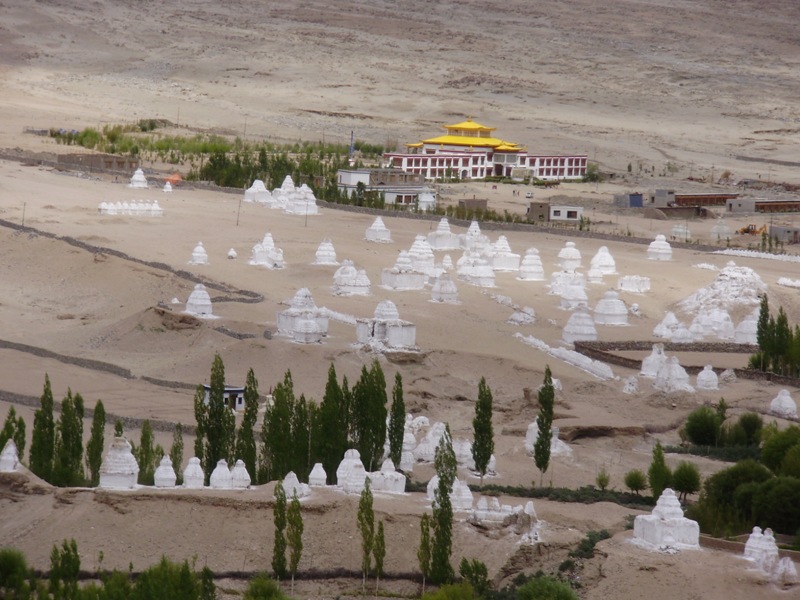 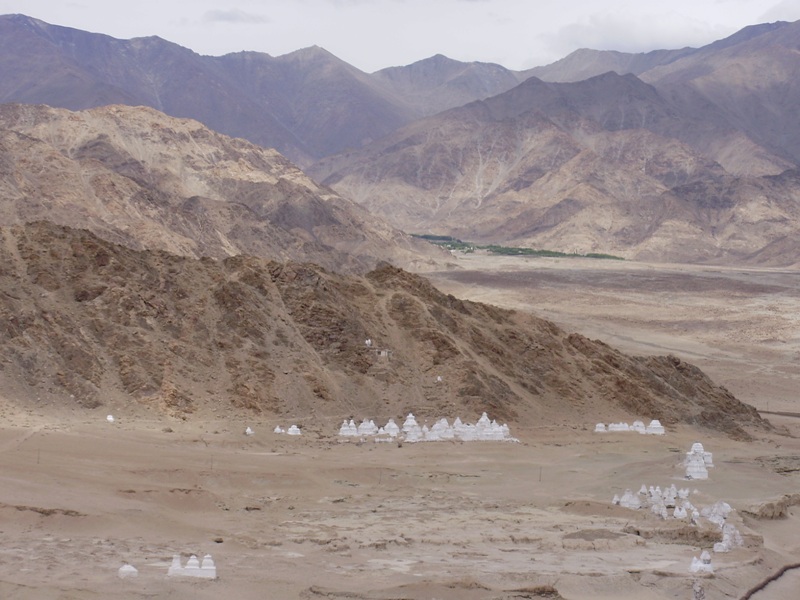 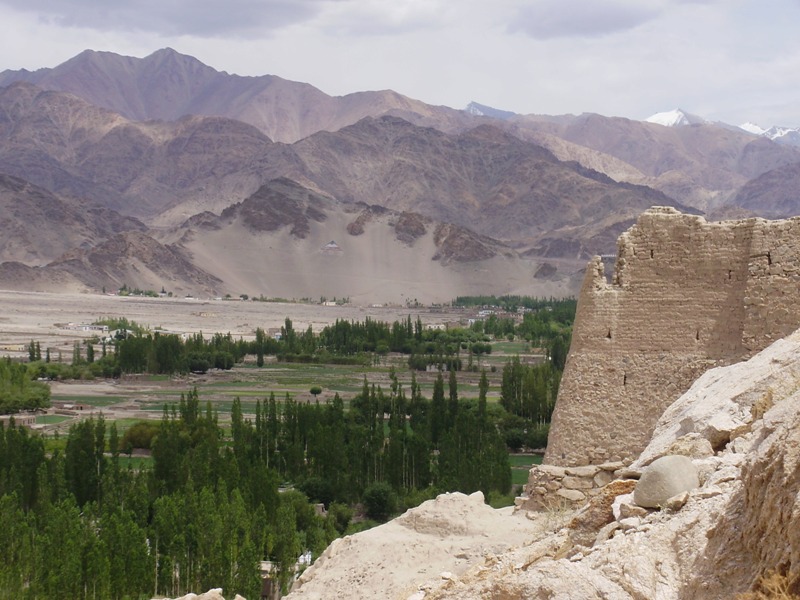 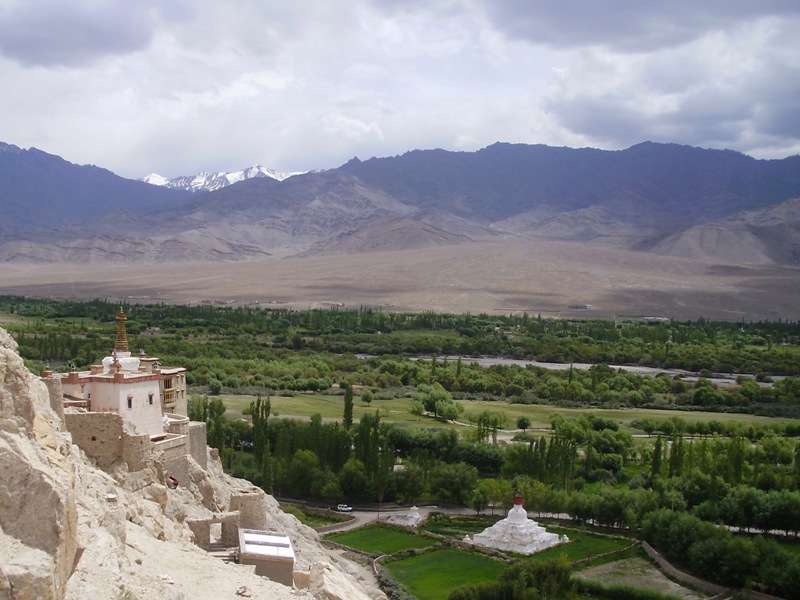 How to get to Shey monastery?

You can hire a privat car or taxi or you can go there by local bus from main bus station in Leh. Driver of the bus will pick you up directly under monastery.

Or you can visit Thiksey Monastery in the morning and then approach Shey Monastery by trekking around 4 kilometres. Path is known as: “for having Ladakh’s biggest chorten fields with hundreds of whitewashed shrines of varying sizes scattered across the desert landscape.”

In Shey Monastery there are two festivals every year. The first festival Shey Doo Lhoo is on the 26th and 27th day of the first month of the Tibetan calendar (July or August). On this festival people celebrate the beginning of the sowing season. Celebration is marked by special rituals performed by the monks. There is an oracle reader who visits the monastery on a horse back, conducts prayer during three days and then goes into trance and give prophesies.

Shey Rupla is the second festival and marks the harvesting season. Farmers offer the first fruits of the corn at the monastery. Special Rhupla dance is performed by two men wearing tiger costumes. Two soothsayers also visit this festival and give prophesies.